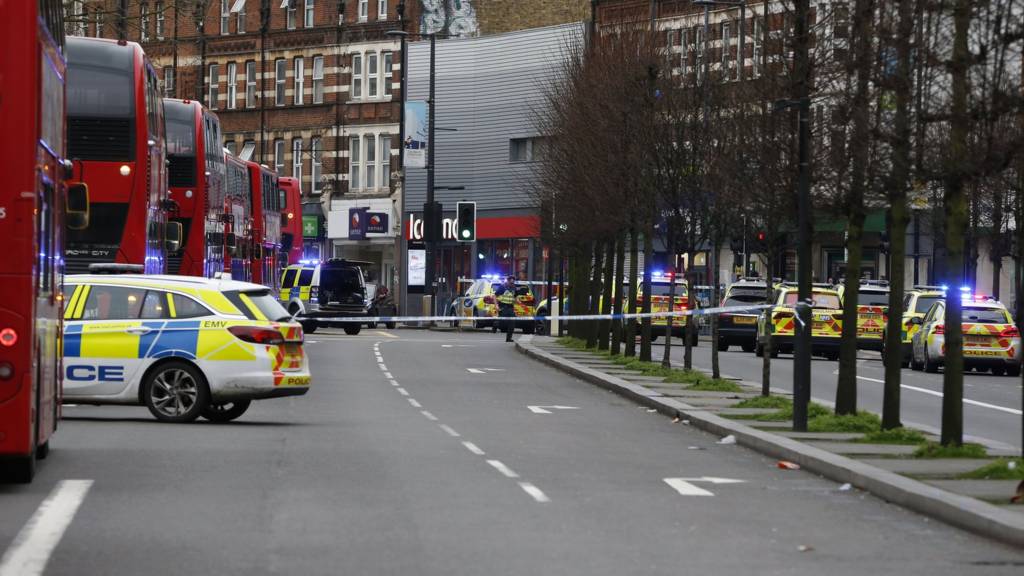 'There were armed police everywhere'

The BBC's Steffan Powell describes the scene after a man was shot by armed police in a "terrorist-related" incident.

A man has been shot by armed officers in a "terrorist-related" incident in Streatham High Road, south London.

Main report on the knife attack

A man who stabbed people in a terrorist-related incident in London was released from jail in January.