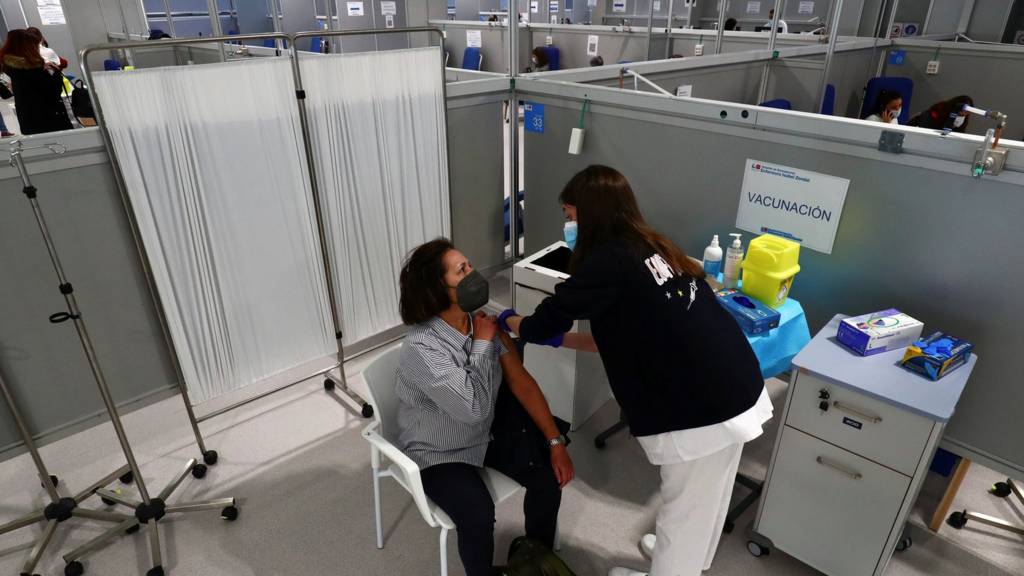 This comes as India reported 47,262 cases and 275 deaths on Wednesday, its highest tally this year.

People are falsely claiming they are front-line workers in order to get the vaccine, the BBC understands.

But Boris Johnson immediately retracts the comments made during a Zoom meeting with Tory MPs.

But Boris Johnson's remarks on "greed" and "capitalism" were accidental, MPs say.

More than 400,000 frauds and other cyber-crimes have been reported to police during the pandemic.

The BBC's Nick Robinson speaks to people in Newcastle, a year since the first lockdown was announced.

'Lockdown isolation helped me come out as LGBT'

Some of us learned to make banana bread. Others made life-changing revelations.

How many people could lose their jobs?

Who will get a Covid booster this autumn?

It's been confirmed that everyone aged 50 and over in the UK will be offered another Covid booster.