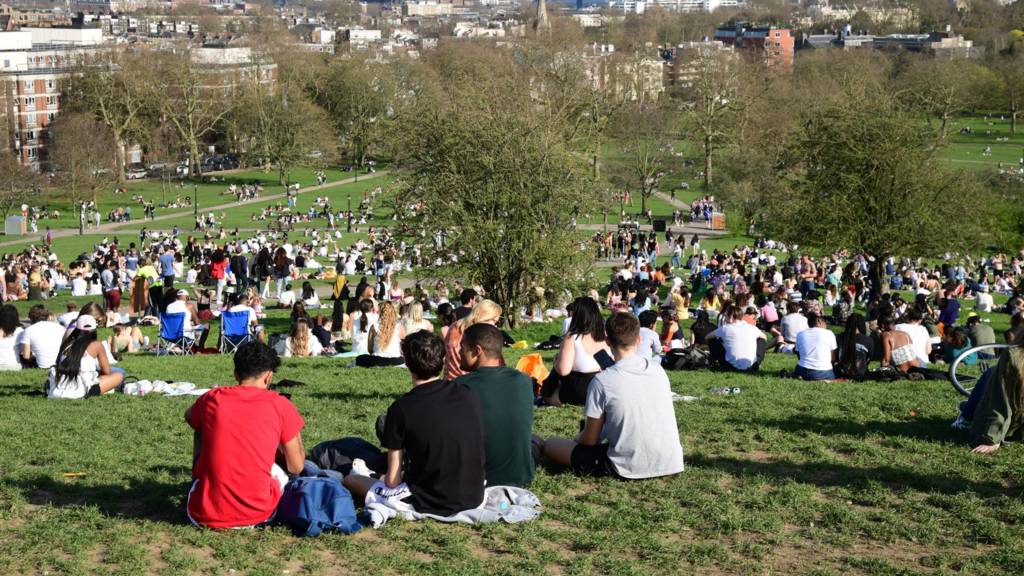 And fewer than one in five people request a test if they have symptoms, a report on test-and-trace says.

Pubs could reopen and families meet indoors in May

Two households could be able to meet indoors, and gyms and leisure centres could also open.

A poll of UK students finds almost two-thirds say their mental health is worse due to the pandemic.

Shielding coming to an end for millions

Wednesday is the last day millions of the most clinically vulnerable people in England and Wales are told to shield.

The Labour leader says it would be "wrong in principle" to ask landlords to police a new scheme.

French schools will close for at least three weeks as part of new national restrictions.

Two people were arrested on Tuesday night after "violent disorder" at Cardiff Bay.

The slow rollout sparks concern as Brisbane faces a possible extension of a citywide lockdown.

Kew Gardens and RHS Wisley feature in the top 10 most visited attractions for the first time.

Teacher-assessed grades 'creating too much pressure'

Unions fear students may be overburdened with classroom tests so teachers can justify grades.

Who has been shielding?

As social-distancing and other Covid rules end in England, how can people who were shielding stay safe?

'I've only left my home five times this year'

Michaela Hollywood led a jet-set lifestyle until coronavirus hit, then she had to shield.

What can I do... and what comes next?

The science of hugs: Why do we miss them so much?

Hugging people you don't live with is still off limits, despite lockdown rules easing across the UK.

AstraZeneca vaccine - was it really worth it?

AstraZeneca has become a political football in a European blame game over its Covid vaccine.

How will the vulnerable be protected from Covid? And other questions

How are Covid rules changing in Europe?

Europe is gradually easing lockdown measures ahead of the tourist season.

Who can get a Covid booster this autumn?

Over-50s can get another Covid booster, as can younger people who are at higher risk, and NHS staff.

How many people have had boosters so far?

A look at progress made in vaccinating the country, as more than 52 million people have received at least one dose and 38 million have had a booster or third dose.