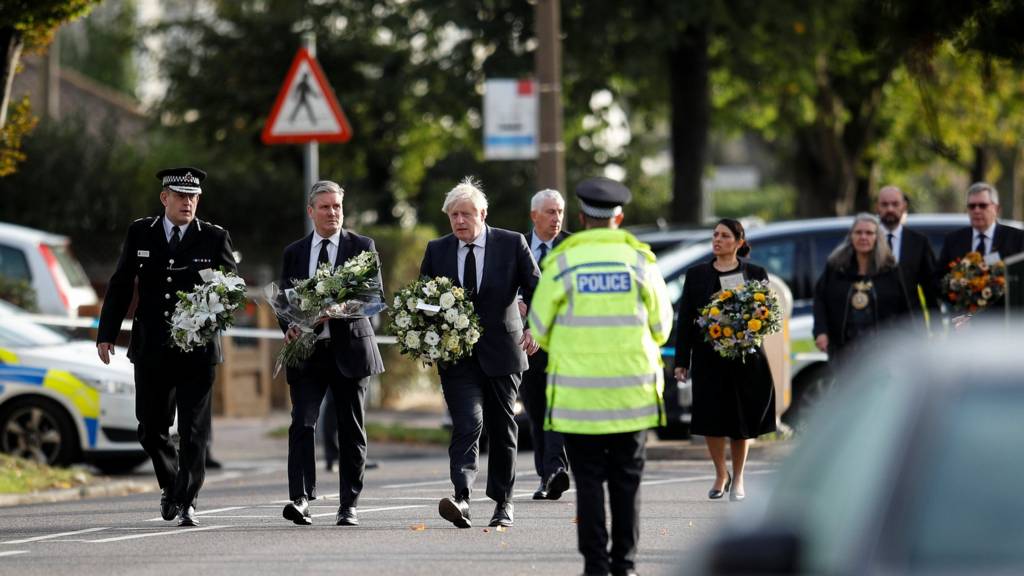 A 25-year-old man, said by a government source to be a British national, has been arrested on suspicion of murder.

The Tory MP was a backbencher of the old school who fought for the causes he cared about.

Sir David Amess stabbing: What we know so far

What happened, what we know about the suspect, who the MP was, and what witnesses saw.

The BBC's Leigh Milner reports from Leigh-on-Sea where MP Sir David Amess has been fatally stabbed.