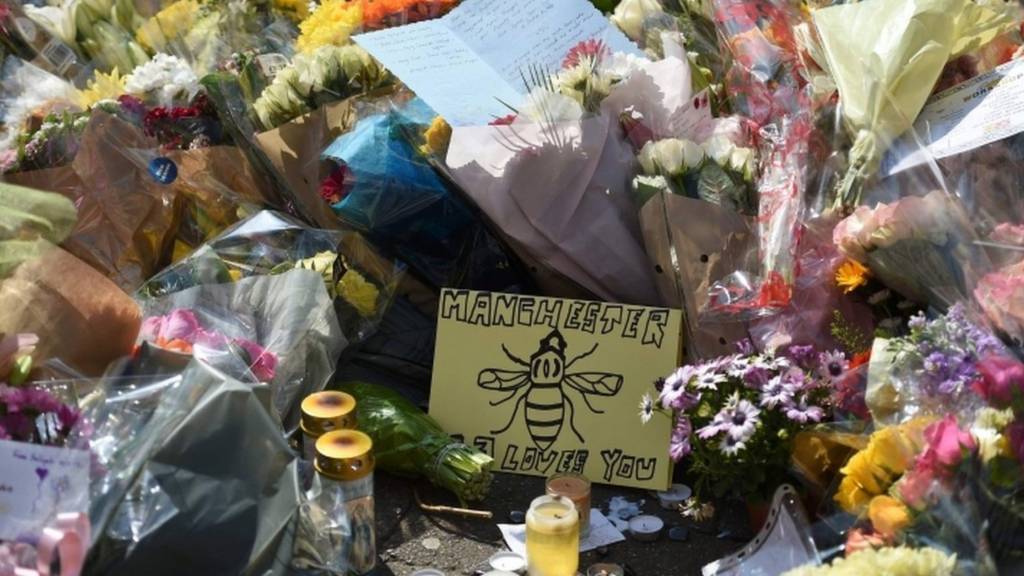 Tributes paid to victims of attack

What we know about suspected bomber

The man who killed 22 people in a suicide attack had recently returned to the city from Libya.

Details of the attack and inquiry

What we know so far about the bombing and police investigation

In pictures: UK on alert

People of Manchester talk of their shock and determination to unite together through their grief.

People at the scene say the arena attack was "like something out of a war film".