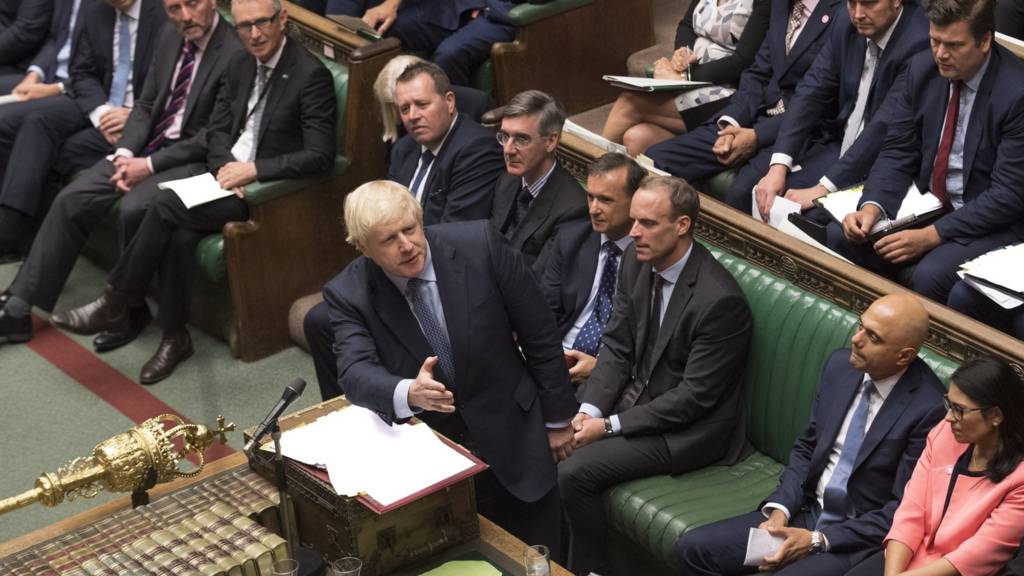 MPs reject a second call from Boris Johnson for a snap election, before the suspension of Parliament begins.

No-deal Brexit 'would be a failure' - Johnson

Boris Johnson and Leo Varadkar say "common ground was established" at their meeting in Dublin.

Can a no-deal Brexit still happen?

The prime minister has sent the EU a Brexit extension request - but could no deal still happen?

What could happen next?

What are the PM's remaining election options?

Who were the Conservative Brexit rebels?

Do voters support a no-deal Brexit?

What would change with a no-deal Brexit?

How are MPs deselected?