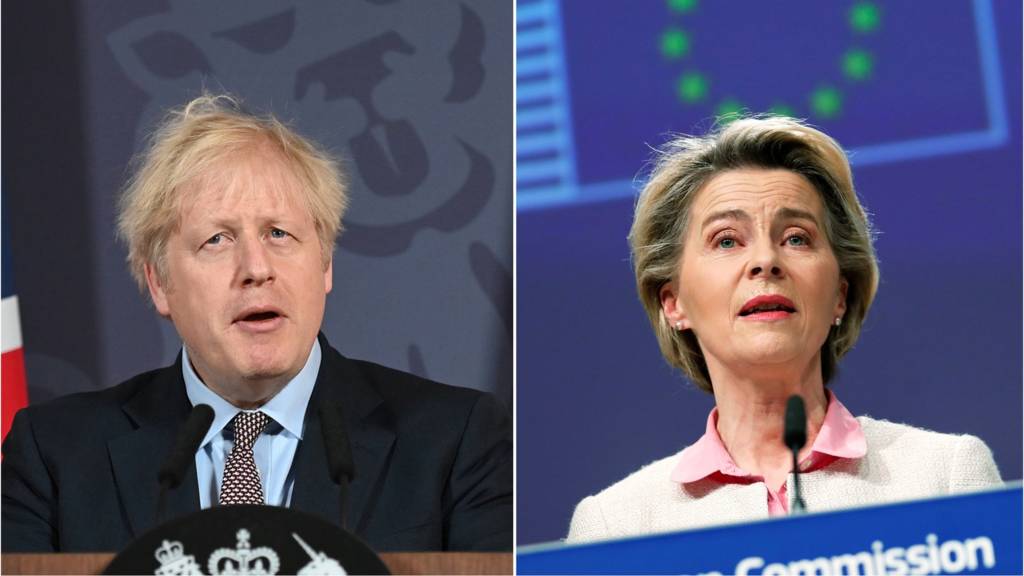 The treaty will be signed by Boris Johnson and EU chiefs on Wednesday as MPs prepare to vote on it.

Senior Labour figures urge the party not to vote for the PM's "rotten" deal, as Tory Brexiteers back it.

The party's Westminster leader describes the deal as a "disaster for Scotland" and says SNP MPs will not back it.

NI parties to vote against Brexit deal in Commons

The trade deal does not address "many issues that are damaging to Northern Ireland", says a DUP MP.

The UK and EU begin a new relationship on 1 January 2021.

From free trade agreement to no deal, find out what the key terms mean.

What is the Brexit transition period?

During transition the future UK-EU relationship will need to be decided.

The UK is negotiating a new trade deal with the EU - how might the result affect food prices?

How do voters feel about Brexit now?

It may have reached its final stage but UK voters are as divided as ever, says Sir John Curtice.

Where do UK political parties stand on Brexit vote?

With a trade deal agreed, we look at MPs' positions ahead of its return to the Commons.

How many trade deals has the UK done?

Liz Truss has said a new US-UK trade deal is unlikely in the "short to medium term".

What will be different about the UK's relationship with the EU from 1 January 2021?

Brexit officially happened on 31 January but the UK is now in a transition period until the end of 2020.

How Brexit will change your holidays in 2021

A simple guide to how leaving the EU will affect travel to Europe.

What does Brexit mean for security in the UK?

The UK will leave more than 30 EU criminal justice bodies from 2021 - but how will that affect everyday life?

Import and export businesses face big challenges, whether there is a deal with the EU or not.

Why is there a Brexit fishing row?

Fishing licences near Jersey are threatening trade relations between the UK and France.

A simple guide to the Northern Ireland Protocol

The Northern Ireland Protocol is at the centre of a dispute between the UK and the EU.

The UK will drop plans to override the Brexit divorce deal, removing a potential obstacle to a trade deal.