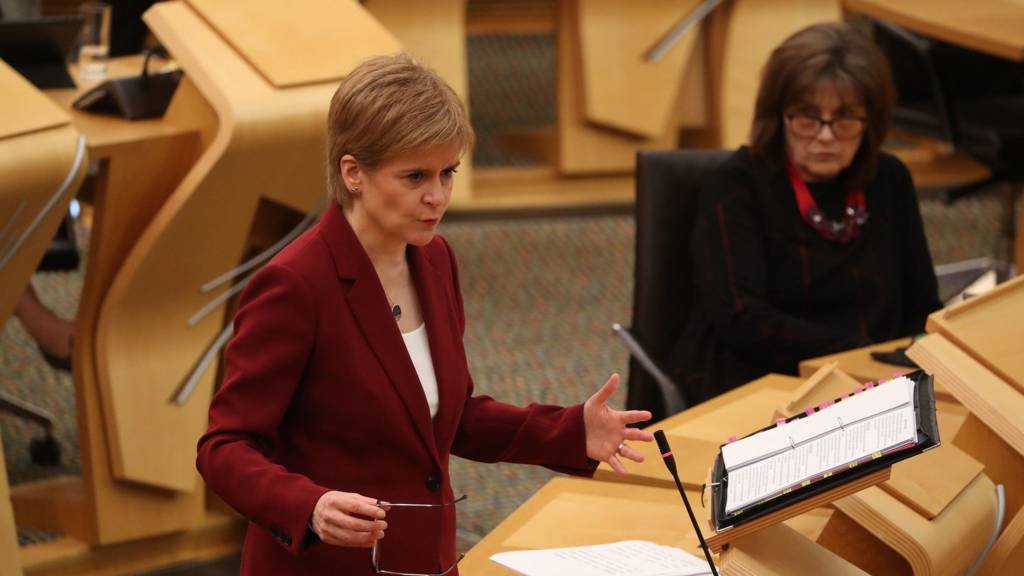 MSPs reject a motion of no confidence in First Minister Nicola Sturgeon by 65 votes to 31.

A committee of MSPs says the female complainers were badly let down by the Scottish government.

An independent report says the first minister's involvement in the Alex Salmond saga did not break the rules.

Key dates of the Sturgeon and Salmond saga

An inquiry into whether First Minister Nicola Sturgeon breached the ministerial code has been released.

The enviable political duo who ran Scotland together is now long gone. So, what went wrong?

Sturgeon 'had no reason to want to get' Salmond

Scotland's first minister tells an inquiry that claims of a plot against her predecessor are "absurd".

Calls for Sturgeon to quit over Salmond revelations

The answers given by Scotland's first minister in evidence to a Holyrood committee could be crucial for her political future.

Sturgeon 'on the brink' and furlough extended

Calls for the resignation of the first minister and the furlough scheme extension make Scotland's front pages.

Lawyers had 'reservations' about Salmond case

Concerns were raised about the legal battle more than two months before the government conceded the case.

The former first minister makes the claim during his long-awaited appearance at a Holyrood inquiry.

What is the Salmond and Sturgeon row all about?

The bitter dispute between two central characters in the Scottish independence movement is nearing its climax.

The next week could be bloody for the SNP as a Scottish Parliament inquiry concludes.

The post is in the spotlight as the investigation into the mishandling of complaints against Alex Salmond continues.