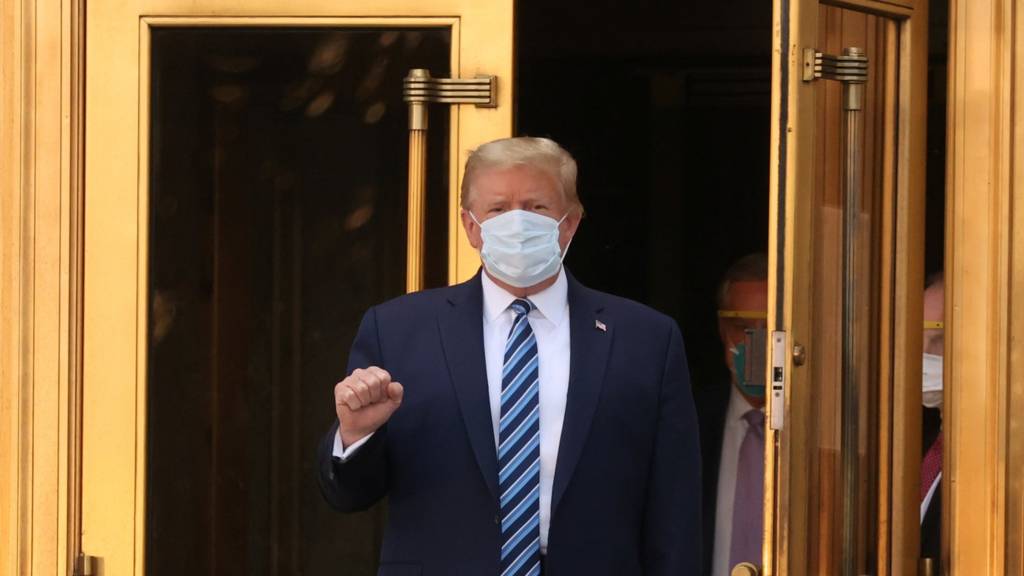 While we expect more moves from No 10 to tackle Covid, there are many questions still to be settled.

Pubs and restaurants in central Scotland to close

The new rules will apply to all licensed premises in the central belt of the country - including Glasgow and Edinburgh.

Covid in Scotland: Where are the latest cases?

A daily update on the number and location of coronavirus cases in Scotland.

Luxury suites, experimental drugs and how the president's VIP Covid treatment differs from the norm.

Boris Johnson and Donald Trump have a lot in common - now that includes a brush with coronavirus.

'We're here to tell him that we love him'

One couple among hundreds of Trump fans outside the hospital say they travelled all the way from Arizona.

Who Trump met - and who's tested positive

Did this White House event cause a virus outbreak?

How will this affect US election?

What if Trump became too ill to be president?

What happens if President Trump becomes incapacitated and how would it affect the election?