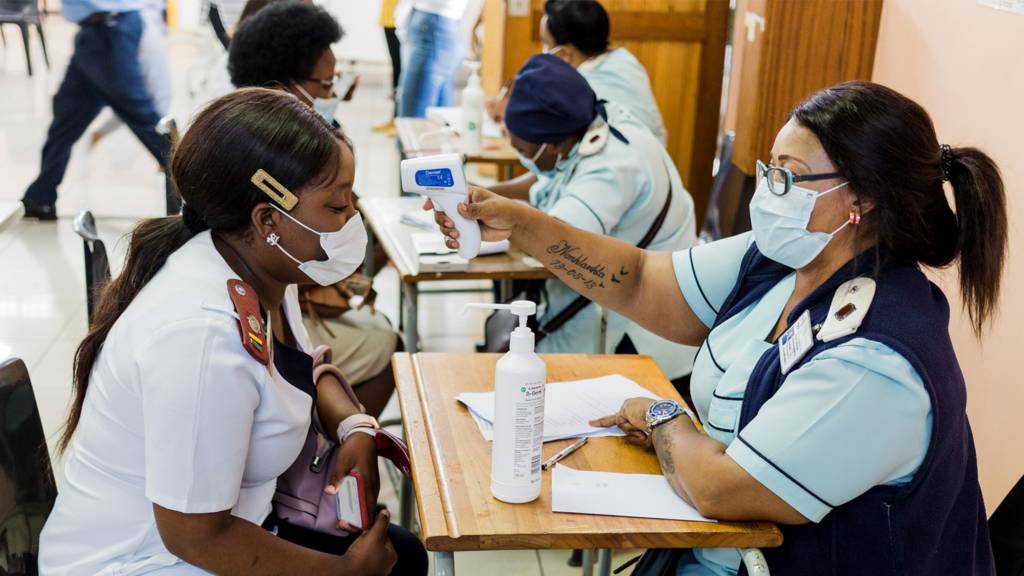 Omicron: Is it milder despite dodging immunity?

BA.4 and BA.5 Omicron: How worried should we be?

Surges of Covid are happening again around the world, driven by some new subvariants of Omicron.

We must act quickly over Covid variant - minister

The health secretary says southern African travel restrictions were imposed due to a "substantial risk" to health.

Covid map: Where are cases the highest?

Why was the vaccine passport expansion dropped?

How are travel rules being relaxed?

Can UK avoid a Europe-style return to lockdown?