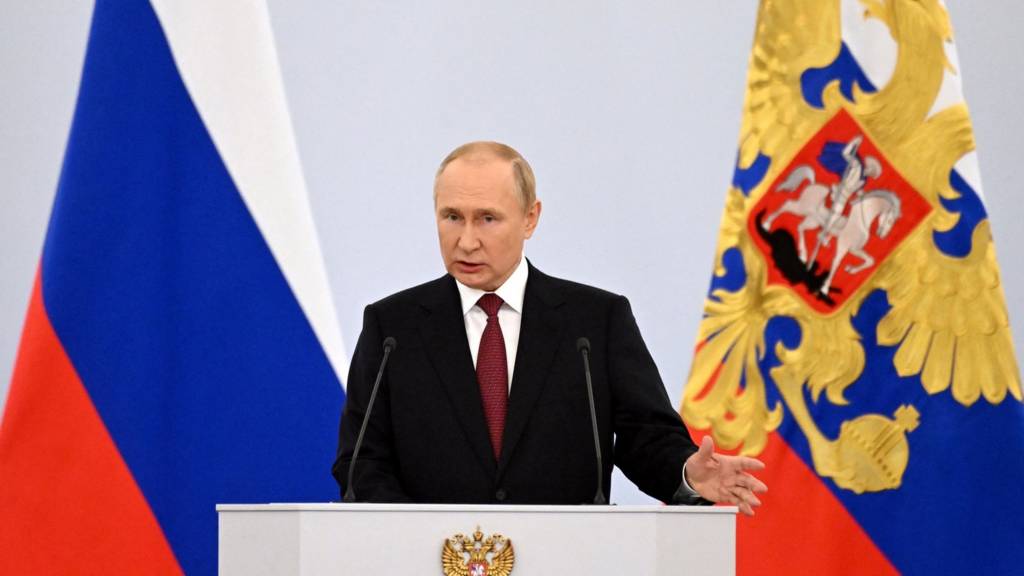 The families fleeing Russian-occupied areas speak of their hopes and fears as the border hardens.

Ukraine has won a major victory against Russian forces by taking back the city of Kherson.

How will Russia annex four occupied regions it does not fully control, while in the middle of a war?

Olga Valeyeva is fined nearly $700 by the Russian authorities and another woman is jailed for 10 days.

A rare glimpse of daily life in occupied Ukraine

Post-apocalyptic is how one resident describes his city, from which many people have fled.