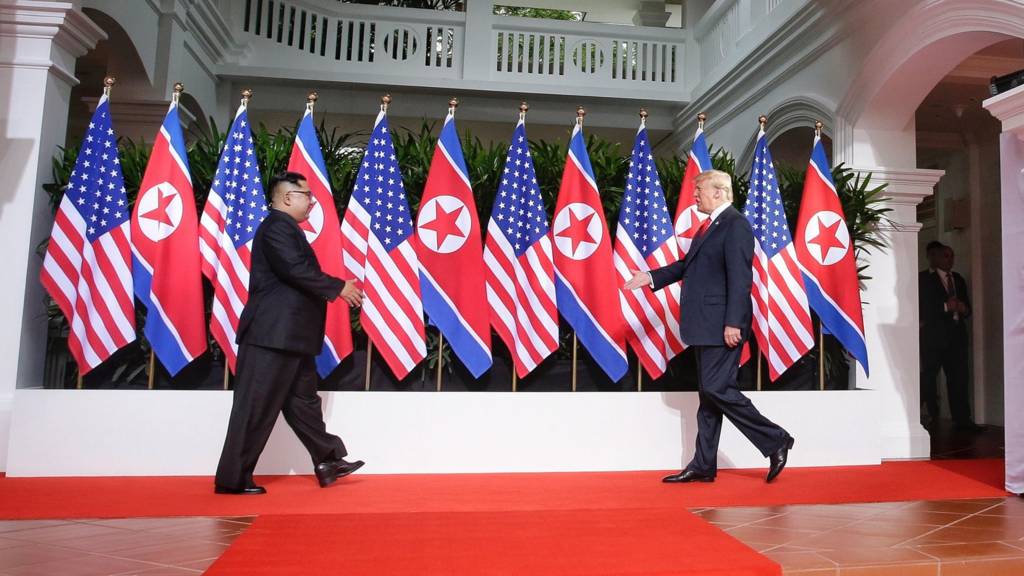 The US and North Korean leaders sign a deal but it appears Donald Trump gave significant ground.

The handshake moment explained in pictures

It appeared a firm and confident handshake, even though it only lasted 12 seconds.

A diplomatic menu: What Trump and Kim ate

There were a few Korean dishes but if Trump chose carefully he could have been in 1980s New York.

Trump and Kim: A Huge Deal

Who's pulling the strings?

The manipulations and personal motivations of four world leaders are behind these historic talks.

How well has Trump prepared for the summit?

One of the biggest moments of Donald Trump's presidency is looming large. We asked experts how he will do.

North Korean artists who once glorified Kim Jong-un speak out against his new public image.

With Pyongyang engaging in denuclearisation talks, human rights abuses appear to have been sidelined.

At worst the saga has threatened nuclear war - it's complicated, but here are the basics.