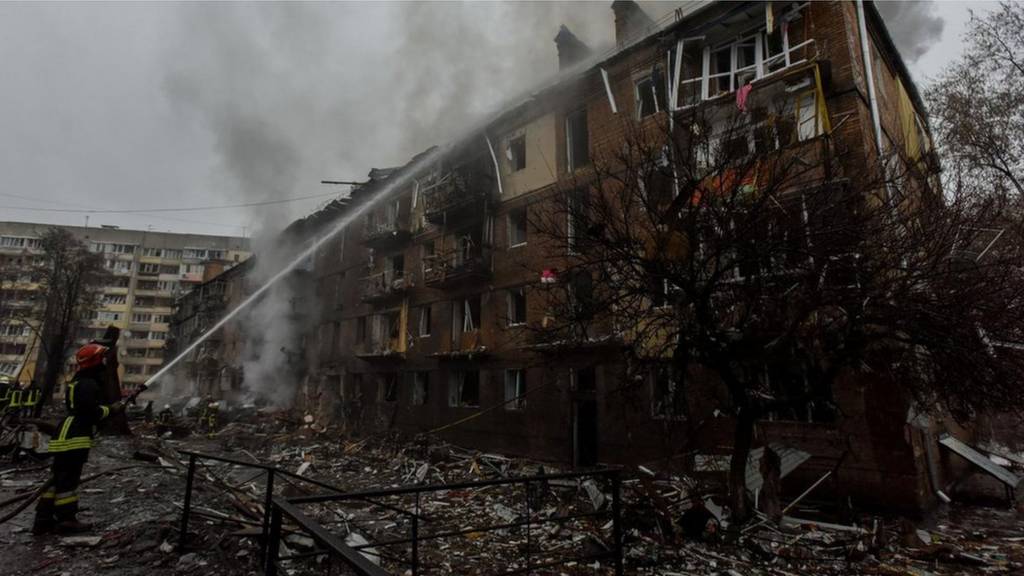 The latest barrage of Russian missiles causes blackouts in much of Ukraine and Moldova.

Kyiv authorities say they want to stop Russia using the site for sabotage, intelligence or weapons.

Millions of lives under threat in Ukraine - WHO

Millions are at risk as winter sets in as many are without power, a WHO official warns.

Has Putin's invasion of Ukraine failed?

How risky is stand-off over Ukraine's nuclear plant?

Why did Zelensky want a watermelon in Kherson?

Since Russia's retreat from the region memes of the fruit have been widely shared online.