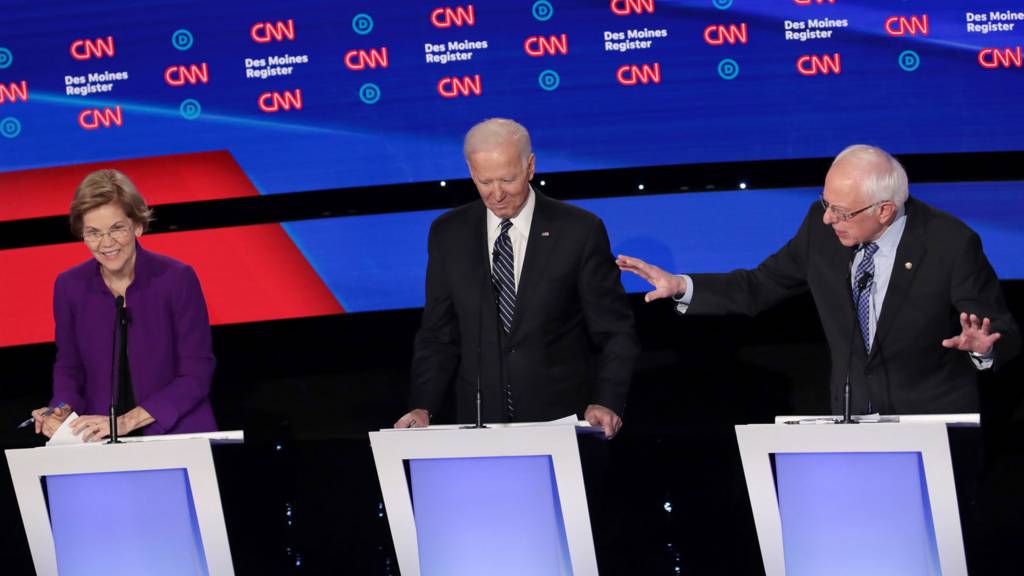 Candidates descend on the state, hoping to score an early win on the long road to the November election.

Warren: 'Sanders said no woman could win US vote'

The progressive rivals offer sharply differing versions of what was said during a private meeting.

The key issues for 2020 Democrats

What's Donald Trump got to say about the slew of Democrats hoping to prevent his re-election?

Joe Biden is leading the race to stop Donald Trump from being re-elected, but who else has a shot at becoming the next president?