Why are Chinese fishermen destroying coral reefs in the South China Sea?

What I came across on a reef far out in the middle of the South China Sea has left me shocked and confused.

I'd been told that Chinese fishermen were deliberately destroying reefs near a group of Philippine-controlled atolls in the Spratly Islands but I was not convinced.

"It goes on day and night, month after month," a Filipino mayor told me on the island of Palawan.

"I think it is deliberate. It is like they are punishing us by destroying our reefs."

I didn't take it seriously. I thought it might be anti-Chinese bile from a politician keen to blame everything on his disliked neighbour - a neighbour that claims most of the South China Sea as its own.

But then, as our little aircraft descended towards the tiny Philippine-controlled island of Pagasa, I looked out of my window and saw it. At least a dozen boats were anchored on a nearby reef. Long plumes of sand and gravel were trailing out behind them.

"Look," I said to my cameraman, Jiro. "That's what the mayor was talking about, that's the reef mining!"

Even so, I was unprepared for what we found when we got out on the water.

A Filipino boatman guided his tiny fishing boat right into the midst of the Chinese poachers.

They had chained their boats to the reef and were revving their engines hard. Clouds of black diesel smoke poured into the air.

"What are they doing?" I asked the boatman.

"They are using their propellers to break the reef," he said.

Again I was sceptical. The only way to see for sure was to get in the water.

It was murky and filled with dust and sand. I could just make out a steel propeller spinning in the distance on the end of long shaft, but it was impossible to tell exactly how the destruction was being carried out.

The result was clear, though. Complete devastation.

This place had once been a rich coral ecosystem. Now the sea floor was covered in a thick layer of debris, millions of smashed fragments of coral, white and dead like bits of bone.

I swam on and on. In every direction the destruction stretched for hundreds of metres, piles and piles of shattered white coral branches. It seemed so illogical. Why would fishermen, even poachers, destroy a whole coral system like this?

Then, down below me, I spotted two of the poachers, wearing masks and trailing long breathing hoses behind them. They were manhandling something heavy.

As they struggled up the sandy underwater slope, through a stream of bubbles, I caught sight of what they were carrying - a massive giant clam, at least 1m (3ft) across.

They dropped it on to a pile near their boat. Next to it lay three others they had pulled out earlier. Clams of this size are probably 100 years old, and - as I discovered later on an internet auction site - can sell for between $1,000 (£665) and $2,000 a pair.

We motored out to a group of much larger fishing boats anchored just off the reef. These are "mother ships" to the small poacher boats on the reef. On board the big boats I could see hundreds of clam shells stacked high.

On the stern of each boat, two large Chinese characters spelled out the name, Tanmen.

I'd heard of Tanmen before. It's a fishing port on the large Chinese island of Hainan.

In May 2014 another boat from Tanmen had been caught by Philippine police on another reef close to the Philippines called Half Moon Shoal. On board, the police had found 500 Hawksbill sea turtles, most of them dead.

Hawksbill turtles are critically endangered and protected under the Convention on the International Trade in Endangered Species (Cites).

A Philippine court sentenced the nine Chinese poachers to a year in prison.

Beijing was furious. The foreign ministry demanded the convicted poachers be immediately released and accused the Philippines of "severely violating China's sovereignty… by illegally detaining Chinese fishing vessels and fishermen in waters off China's Nansha Islands".

None of this proves China is protecting the poachers. But nor does Beijing appear to be doing anything to stop them. The poachers we saw showed absolutely no sign of fear when they saw our cameras filming them.

Back on Pagasa, a Philippine marine corps officer told me the destruction of the reef has been going on for at least two years, day and night.

"You men are armed," I said to him. "Why don't you go over there in your speedboat and chase them off or arrest them?"

"It's too dangerous," he said. "We don't want to start a shooting war with the Chinese Navy."

I still found it hard to understand why these Chinese fishermen, who have a long tradition of fishing on these reefs, are now destroying them.

Greed may be one answer. In newly wealthy China there is far more money to be made from looting and trading in endangered species than in catching fish.

There is another sad fact about what is going on out here.

However shocking the reef plundering I witnessed, it is as nothing compared to the environmental destruction wrought by China's massive island building programme nearby.

The latest island China has just completed at Mischief Reef is more than 9km (six miles) long. That is 9km of living reef that is now buried under millions of tonnes of sand and gravel.

Use the slider to see how Mischief Reef has been transformed 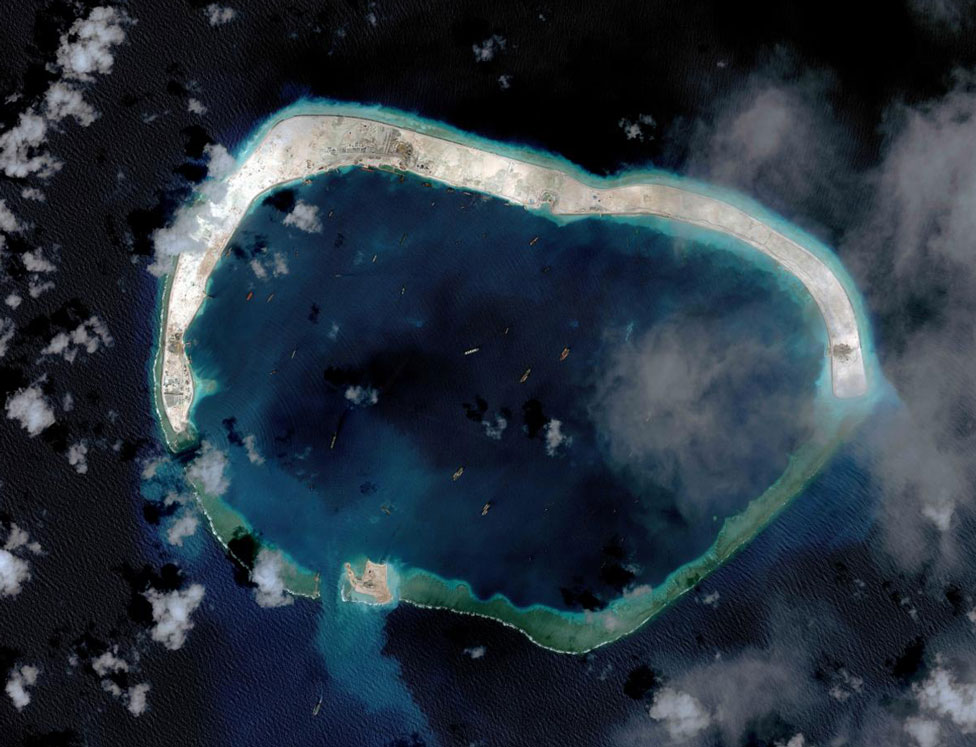 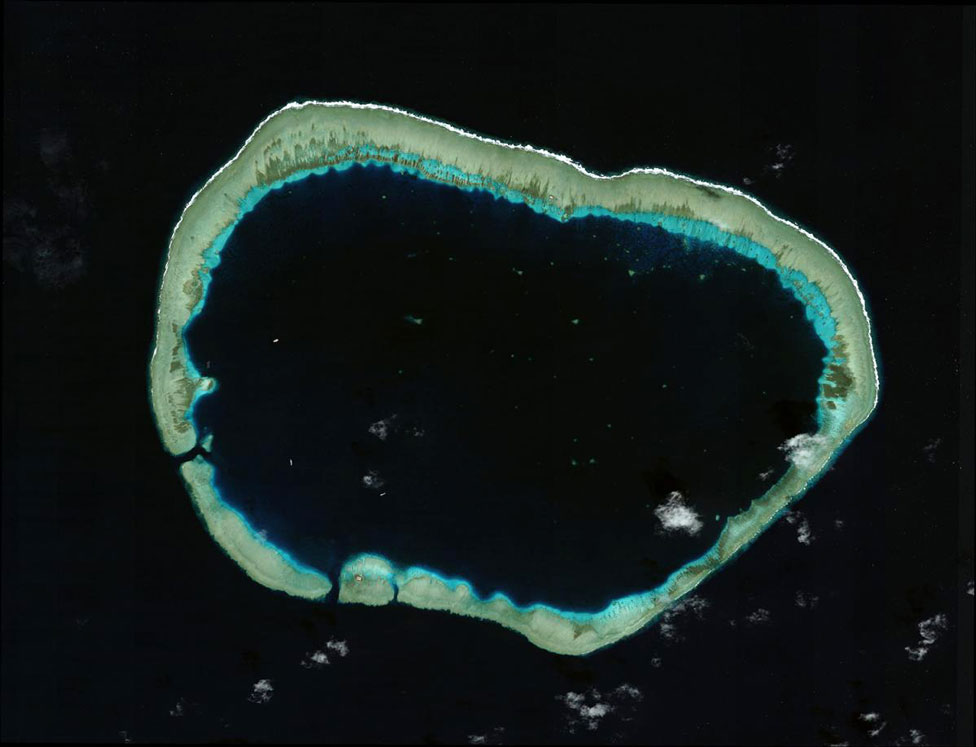 Rupert Wingfield-Hayes flies over China's new artificial islands built on coral reefs in the South China Sea, and gets a furious and threatening response from the Chinese Navy.

Subscribe to the BBC News Magazine's email newsletter to get articles sent to your inbox.

Democrats condemn the US president's decision to spare ex-adviser and friend Roger Stone from prison.

Memories of Srebrenica massacre 25 years on

The little-known concept of ‘hypersanity’

How politics is central to South America's virus battle

'Our Irish island is the last stop before America'