Yorkshire and the Humber

‘We have bus passes, but no bus’ after cuts

Voters treated election as a referendum 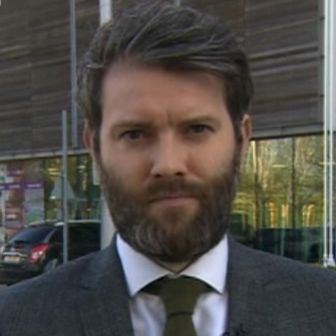 This was an election. But many treated it as a referendum.

The numbers will be added up by parties on either side to determine whether "the Brexit vote" is as strong in Yorkshire and Humber as it was in 2016.

But what we do know is that the Brexit Party dominated. Labour had two MEPs, it now has one. The Conservatives lost both of theirs.

The Lib Dems and the Greens will look at their first MEPs here and say that it proves remainers don’t want the two main parties.

The Brexit Party will say exactly the same about leavers.

Labour and the Conservatives have big problems telling people in Yorkshire what their Brexit plan is.

In Sheffield Labour were beaten into 4th place and they weren’t even the top choice in Doncaster, where the party was born.

The Brexit Party has taken three of the six seats in Yorkshire and Humber.

The Liberal Democrats and Green Party also took one seat each.

A full result for Yorkshire and Humber is yet to be declared but so far, The Brexit Party has come out top in every area apart from York.

A full result is expected within the next 20 minutes.

There are six seats up for grabs.

'This is not a joke vote'

'Everything is just stretched to its limit'

People across Yorkshire and the Humber are being encouraged to check they and their children have had two doses of MMR vaccine.

Since the end of 2017 more than 50 cases of measles have been reported in the region, with the majority of these linked to a previous outbreak in Leeds and an ongoing outbreak in Bradford.

Public Health England is working with local authorities and the NHS to make sure anyone in the region who needs a vaccination to protect against the virus is aware.

Yorkshire and the Humber UKIP MEP Mike Hookem says he would be happy to take on the role of interim deputy party leader.

On Saturday, Henry Bolton was sacked after members expressed their lack of faith in his ability to lead the party.

Mr Hookem says he would be happy to serve his party under the current interim leader MEP Gerard Batten and says he's a good friend of his and he'd be happy to work alongside him in any position.