YouTube is introducing live-streamed 360-degree videos on its service.

The Google-owned platform said select concerts from California's Coachella festival would be the first to use the virtual reality facility.

In addition, it announced videos on its service could now be enhanced with "spatial audio", which simulates the effect of sounds coming from different directions and distances.

One expert said the innovation could greatly enhance VR experiences.

The announcements were timed to coincide with the National Association of Broadcasters (NAB) conference in Las Vegas, where several new virtual reality products are being launched.

GoPro, Adobe and Sky Italia are among those demoing new tech at the event.

YouTube made it possible to play interactive 360-degree videos on its site just over a year ago.

If viewed on a laptop, viewers can use a mouse to adjust their perspective. But if watched on a smartphone or VR headset, the experience becomes more immersive, as changes in viewpoint correspond to the movements of the device being used.

Until now, clips had to be uploaded to YouTube in their entirety and processed before they could be played back.

"From musicians to athletes to brands, creators have done some incredible things with this technology," blogged YouTube executive Neal Mohgan ahead of his NAB presentation.

"Now they'll be able to do even more to bring fans directly into their world, with 360-degree live-streaming."

Anyone owning a compatible 360-degree camera and the ability to upload video at between 10Mbps and 20Mbps - which is above the norm - can also broadcast videos of their own.

The move gives YouTube an edge over its rival Facebook, which lets users post either 360-degree clips or live streams, but not videos that combine both functions.

"We're seeing a lot of interest in virtual reality driven by the surge in affordable VR headsets that use smartphones as their screens," said Chris Green, a tech analyst at the business consultancy Lewis .

"And we're definitely at the land-grab stage at the moment. YouTube, Facebook - and I suspect a few others that will emerge very shortly - are going to push hard to be as dominant as early as possible."

YouTube also aims to gain an advantage by adding support for binaural recordings.

Also known as "3D audio", this means soundscapes recorded with special microphones can be panned to match the view, simulating the source of a noise moving around the user's head.

This should deliver a greater sense of presence.

"When you use your eyes, you are looking with a field-of-view of at best 120 to 180-degrees, depending on who you are," said Dr Gavin Kearney, an audio researcher at the University of York.

"But sounds are omni-directional - they are all around us.

"So, binaural audio is important from the aspect of VR because it lends itself to the realism, the immersion, of the experience.

"If you have good visuals but poor audio cues, it breaks the illusion of the reality you are trying to create. But with good binaural audio, it's much more plausible."

Headphones must be worn for the effect to be created, and it will only work via YouTube's Android app on pre-recorded clips at launch.

Google and Facebook are determined to be major players in this year's hot tech trend - virtual reality - and are currently the best bets for sharing 360-degree videos.

YouTube's plan to allow anyone to stream 360 video live on its platform could transform the way its huge global audience experiences events.

It could allow broadcasters to put viewers in a seat at Wembley during the Cup Final, or in the front of a Glastonbury audience - and allow them to look around and feel part of the crowd.

It could permit anyone with a cheap 360 video device to show their angle at a concert or a demo, though that would be likely to chew up their mobile data allowance in a hurry.

It's another step in the democratisation of the media. But as we've already discovered, user-generated content can be fascinating, challenging but often extraordinarily dull.

Just because you can look all around you, it does not mean there will be anything much to see.

Virtual reality tech is proving to be one of the big themes at NAB this year, which began on Sunday.

GoPro has confirmed the $5,000 (£3,520) price of a rig that features six of its cameras. The company is also showing off LiveVR - its own "broadcast-quality" live-streaming system, which it says will soon be used by the MotoGP and MotoAmerica racing competitions.

Meanwhile, Sphericam, a Czech start-up, is showing off a crowd-funded camera that can self-stitch and stream video at 30 frames per second (fps) for half the price.

Experience a 360-degree video (the desktop version of the Safari browser does not support the feature): 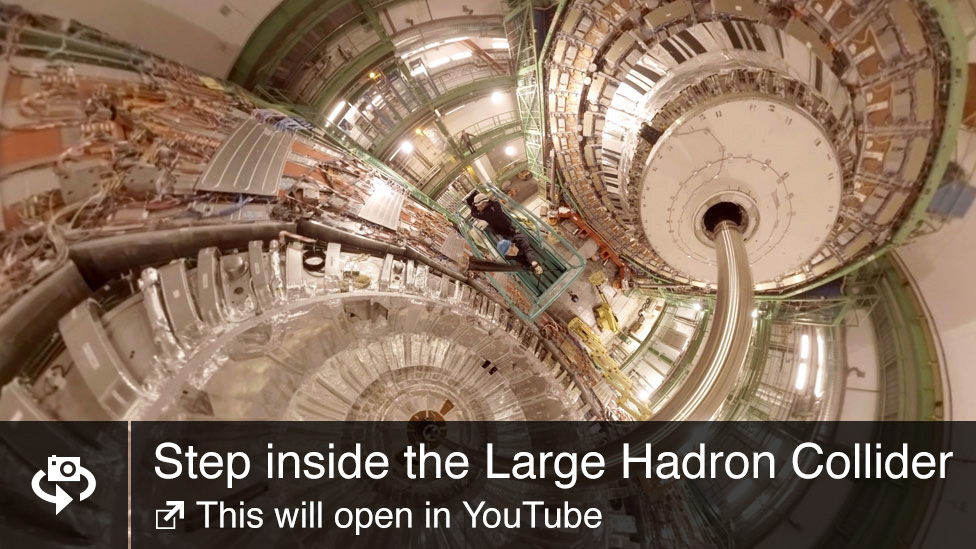