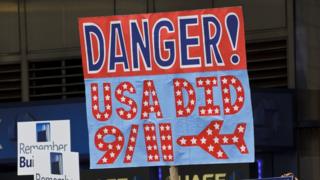 How social media has propelled 9/11 conspiracies

Conspiracy theories about 9/11 continue to gain traction online, two decades after the attacks.

Living and loving as an anti-vaxxer

The vaccine fertility myths that just won't go away

Where is the anti-lockdown movement headed?