The Countess of Wessex's acceptance of jewels from Bahrain's royal family has been criticised amid reports of human rights abuses under the regime.

Ex-Foreign Office minister Denis MacShane says the gift should be sold to benefit victims of the civil unrest.

His comments came as Buckingham Palace gave details of the gifts received by the Royal Family over the past year.

Items given in an official capacity do not belong to the recipient and usually become part of the Royal Collection.

Sophie's husband Prince Edward received a pen and watch and a silk rug during the day-long visit.

It is understood that the trip in December was taken with the agreement of the Foreign Office.

The official list of presents shows the countess received a "suite of jewels" from both King Hamad Al-Khalifa and prime minister Shaikh Khalifa.

Buckingham Palace does not comment on specific gifts, but Royal Family guidelines and procedures relating to gifts drafted in 2003 state that "before accepting any gift, careful consideration should always be given, wherever practicable, to the donor, the reason for and occasion of the gift and the nature of the gift itself...

As well as Sophie Wessex' jewels from Bahrain, other royal gifts include , for Prince Andrew an iPad from Johnny Ive ...... #royal 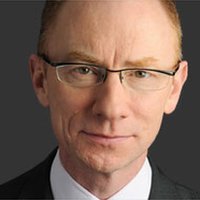 "Equally, before declining the offer of a gift, careful consideration should be given to any offence that might be caused by such action."

They also say "organisations and individuals should be discouraged from offering extravagant gifts".

Last year Bahrain's crown prince declined his invitation to the royal wedding of Prince William and the Duchess of Cambridge, after a public outcry over the use of excessive force towards pro-democracy protesters in the country by police.

Human Rights groups later accused the Bahraini authorities of using violence and torture against its citizens during the civil unrest in February and March.

The king expressed "dismay" at the findings of a report and promised reforms but confrontations between security forces and the mainly Shia pro-democracy demonstrators are said to occur almost daily.

The list also shows that Prince Andrew was given an iPad by Apple designer Jonathan Ive, a book on Dr Who characters the daleks by the BBC and a trenchcoat by Burberry.

While visiting Australia, the Queen was given a stuffed toy koala family, plus a toy kangaroo with a joey by members of the public.

Princess Anne's official gifts include a History of the York Butchers' Guild and a picture of Durham painted by a prisoner inside HMP Durham.

At least 78 people died and more than 4,000 were injured after a huge explosion at the city's port.

'Suddenly I lost my hearing, I was too close' Ex-Google robocar engineer sentenced for theft

'I'm just looking for whatever I can get'

What is the 'sovereign citizen' movement?

How TikTok went from gummy bears to security risk

The Kashmiris waiting for loved ones to come home