Here are five things you need to know about the coronavirus pandemic this Thursday evening. We'll have another update for you on Friday morning.

New restrictions to curb rising infection rates could be brought in in England "within days", Culture Secretary Robert Jenrick has warned, after the BBC was told that pubs and restaurants in the worst hit places could be forced to close. There could also be a ban on overnight stays and a new three-tier system for local lockdowns could be introduced. MPs in midlands and northern constituencies have complained that they are finding out about new measures from stories in the papers and have demanded clarity after a meeting with ministers. A final decision on the extent of potential closures has not yet been made and a formal announcement is not likely to come until Monday, BBC political editor Laura Kuenssberg said.

The number of people waiting for more than a year for hospital treatment has risen to a 12-year high in England as the NHS struggles to get back to normal amid the coronavirus pandemic. Nearly 2m patients have been waiting more than the target time of 18 weeks for routine care with 111,000 left for more than a year, NHS England figures show. The numbers starting cancer treatment and getting urgent checks are also below the levels seen a year ago but the NHS is seeing more people than in the spring when the pandemic hit.

Former journalist Allegra Stratton will lead the government's new televised daily briefings, BBC sources understand. Stratton, who worked for both BBC and ITV, will become the government's new press secretary in a similar role to that used in the White House in the US. The daily updates, which are expected to start later this month, come after a raft of televised press conferences from Downing Street during the coronavirus pandemic. Stratton has been Rishi Sunak's communications director at the Treasury.

Three times as many people have died from Covid-19 than from flu and pneumonia combined in England and Wales this year, official figures show. Between January and August 2020, there were 48,168 deaths due to Covid-19 compared with 13,600 from pneumonia. Only 394 were due to flu - a particularly low level. The highest number of deaths from flu and pneumonia occurred in January, during winter, when there is usually lots of flu around. But deaths due to Covid-19 were higher between March and June. 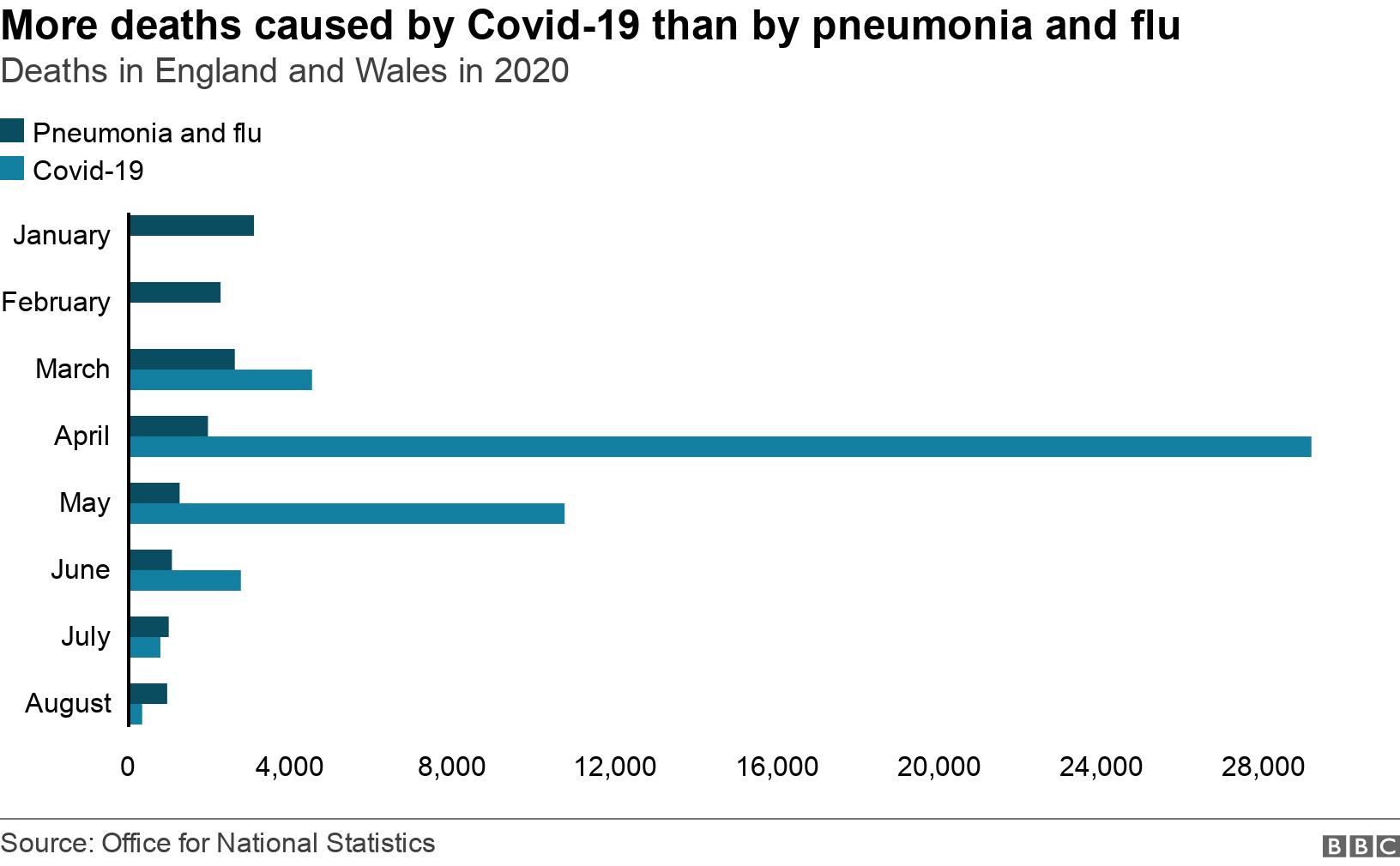 When Millie, Lily, Lily Rose and Rachel finished their A-levels this year, they just wanted to get away for a few days. They flew to Sicily, Italy, on 8 September (it was on the UK's safe list at the time) and they had a pretty good trip until they were ready to fly home. Then disaster struck as they each lost their sense of smell. After testing positive they were taken to a hotel where - 22 days later - three of them still remain. In the local area you have to return two negatives tests to be allowed to leave meaning only Millie has been able to return home so far.

Get a longer news briefing from the BBC in your inbox, each weekday morning, by signing up here.

Find more information, advice and guides on our coronavirus page and get all the latest from our live page.

And... if you are planning to go away for October half-term but are not sure what you are allowed to do you can read our handy guide.

What questions do you have about coronavirus?

In some cases, your question will be published, displaying your name, age and location as you provide it, unless you state otherwise. Your contact details will never be published. Please ensure you have read our terms & conditions and privacy policy.