Easter travel 2019: Where to avoid on roads and rail

Drivers are being warned of congestion from Thursday afternoon as millions of cars take to the roads for the Easter bank holiday.

Highways England has removed the majority of roadworks but 97 miles' worth are staying for safety reasons.

Rail engineering work means there are no trains in or out of London Euston station from Friday to Monday.

However, Network Rail said it would be the "quietest" engineering programme for "many years".

About 7.4 million people are planning an overnight trip in the UK over the weekend, a survey of 1,258 people by tourist board VisitEngland suggests.

This is up from 4.8 million last year.

When is the worst time to travel?

The RAC and traffic data company Inrix expect jams to be at their worst on Good Friday, particularly between 11:00 and 16:30 BST.

They predict the M5 southbound, west of Bristol between Junction 16 and Junction 19, to be congested as drivers head for Devon and Cornwall.

The M25 from Bromley through the Dartford Tunnel, the M6 north between Preston and Lancaster and the M62 west between Leeds and Manchester are also likely to see delays of about an hour. 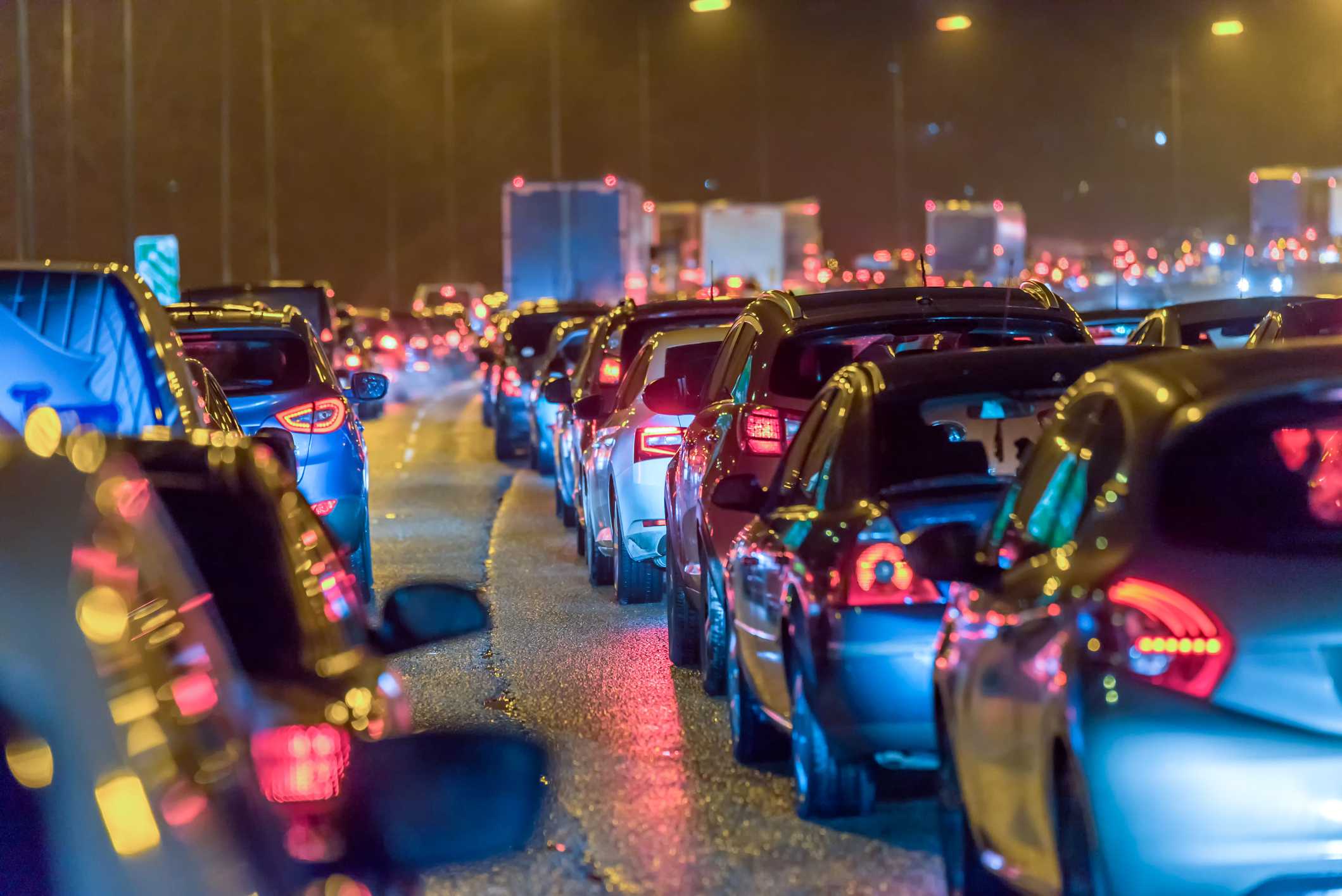 Dan Croft from Inrix warned journeys "could take up to three times longer than usual".

Where will be busiest?

Predicted worst times and routes to drive on Thursday

Predicted worst times and routes to drive on Friday

The predictions are based on data from previous Easter getaways as well as planned roadworks.

Where are the roadworks?

Almost all motorways and major roads were due to be free of roadworks by Thursday morning, Highways England said.

It aimed to lift or complete as many as possible by 06:00 and they will not re-start until 00:01 on Tuesday.

However, more than 97 miles of roadworks will stay in place.

A spokesman said: "To help people have smoother journeys we have removed as many roadworks as possible, leaving only essential work in place. However, it is not possible to remove all roadworks due to safety reasons."

Is my train running?

Rail engineering works worth about £100 million will mean cancelled trains and replacement buses over the Easter weekend.

However Network Rail said most services would be "unaffected" and it was the "quietest engineering programme for many years".

Chief executive Andrew Haines said: "We know that our railway is up to 50% quieter than usual over bank holidays so doing work at this time of year minimises our impact on passengers."

Routes that will face disruption between Friday and Monday include:

Details of all engineering works are available from National Rail Enquiries.

The Senate rejects Democratic attempts to obtain documents and evidence in the proceedings.

'No crime, no impeachment' - is that true? First coronavirus case diagnosed in US

China coronavirus: What we know so far

How fire-ravaged bush is already regenerating

'They call me names for playing football'

Is there still a place for 'the grind' whale hunt?