A train has broken the record for the fastest time from Plymouth to London Paddington, First Great Western (FGW) has claimed.

FGW said fast journey times between the South West and London were very important to the company.

Managing director of FGW Mark Hopwood said: "We've knocked 17 minutes off. I think that shows what can be done." 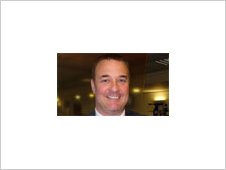 At first you might wonder what point First Great Western is trying to make by inviting dignitaries and business leaders from Plymouth on a one-off record breaking journey attempt.

For now, there is no intention of running non-stop services between the cities, which would be required to manage a journey time of 2 hours 43 minutes.

First Great Western wanted to show what it could do, remind the city that they are offering services that run all day and highlight the point that they are trying to get journey times down.

The company is competing with road and air transport for business, while Plymouth is competing for new investment in tough economic times. The geographical location of the city makes that difficult.

The company said timetables had been developed to best meet the needs of the region within the constraints of available resources and the existing rail infrastructure.

As an example, FGW cited a new high-speed morning service from December which will leave London Paddington at 0706 to provide an earlier morning business arrival into Exeter, with connections to Plymouth.

In July the company announced it was adding more carriages on its Night Riviera service because of the increase in demand for the sleeper from Penzance to Paddington.

Derek Phillips from the South West Chamber of Commerce said: "It will actually bring Plymouth much closer to Paddington, which is very important.

"The time it takes to get down to Plymouth currently is obviously a detraction to people relocating or doing business in Plymouth, so this is a great opportunity."

The region now has more daily reported cases of Covid-19 infections than Europe and the US.

The human cost of virus misinformation

What is SpaceX and why is it working with Nasa?

A drive-in concert in an airport car park

Has China tested a whole city in 10 days?

'Now there is nothing' - Lebanon pushed to brink