People smugglers are not thought to have been involved in the death of a Sudanese migrant believed to have drowned as he tried to reach the UK.
French authorities said the man attempted to cross the English Channel in a dinghy, using shovels as oars.
Investigators initially believed he was 16, but prosecutor Philippe Sabatier said he was carrying an identity document that showed he was 28.
They have found no connection to any "immigration network," he said.
A search and rescue operation began at about 02:00 on Wednesday after a Sudanese teenager with hypothermia was found on Sangatte beach, near Calais.
He told authorities that his 16-year-old companion was missing and could not swim.
The body of the man, who authorities now believe to be 28, was found on the same beach at about 09:00 BST on Wednesday.
The survivor, who is believed to be 16, is in the care of French social services.
Mr Sabatier said he told investigators the pair had "attempted to cross the Channel in a small rubber dinghy that they had stolen from a store, by equipping themselves with shovels collected from a beach chalet to serve as their oars".
One of the oars punctured the inflatable boat, "which caused them to fall into the water," he added.
"In terms of a personal initiative taken by these two migrants, no connection could be established with any immigration network," Mr Sabatier said.
This story began as a tale of two teenagers, setting out across the Channel on their own.
The survivor told investigators that both he and his companion were 16 years old, prompting shock and outrage from politicians and aid organisations, on both sides of the Channel.
It now transpires that an identity card, found with the body on the beach yesterday, puts the drowned man's age at 28. His companion is still being treated as a minor, a local MP told us, and is in the care of French social services.
The authorities here have long complained that some migrants routinely say they are underage when they're not, in a bid to gain access to the UK.
It's not clear why the survivor in this case should have given the wrong age for his dead companion.
But the message from this tragedy is no less shocking, some feel, just because the man who rowed into the Channel using stolen shovels, was not a teenager himself.
Eleven boats carrying 164 people reached the UK on Wednesday, while a further 41 people were rescued from four boats by French authorities after getting into difficulty.
On Thursday, Border Force dealt with one boat carrying eight men.
More than 5,000 people have crossed the Channel in small boats this year.
Home Secretary Priti Patel was criticised on Wednesday after saying the death was a "brutal reminder of the abhorrent criminal gangs and people smugglers who exploit vulnerable people".
Labour MP Nick Thomas-Symonds, the shadow home secretary, said the government's response to the rise in crossings had been "lacking in compassion and competence". 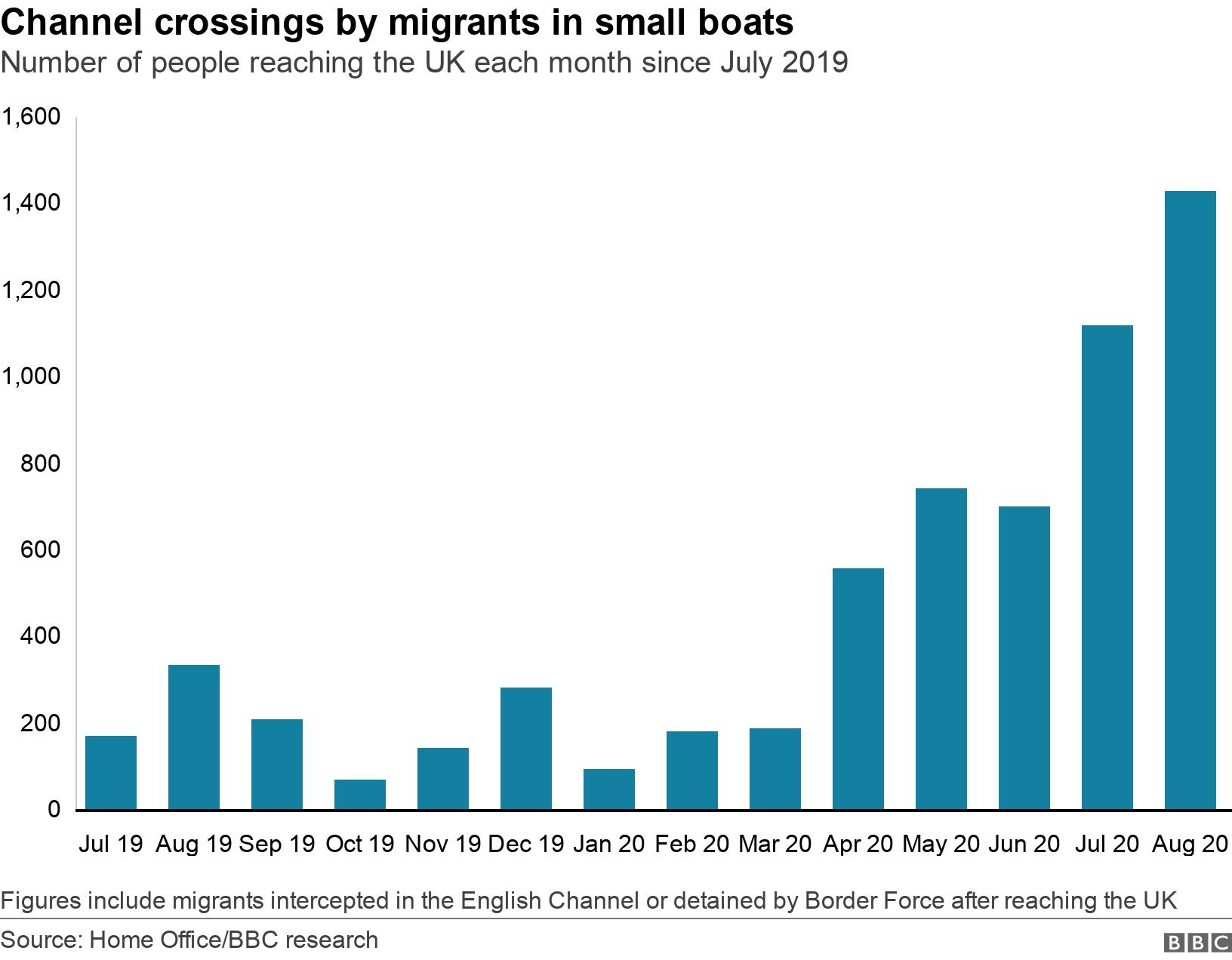 The Bishop of Dover, Rev Rose Hudson-Wilkin, called on the government to take a "compassionate" look at what long-term measures can be taken to "stop the flow" of people.
"We need to try and understand what is happening, why people are fleeing from their countries, why are people taking such unsafe routes in order to get to the UK or to get to Europe," she told BBC Breakfast.
"We know the kind of hostility that those who are seeking a safe haven face, and actually politicians are often responding or playing to the gallery, so we as a community, we as British people, we must be very, very clear to all our politicians that we don't want the kind of knee-jerk reaction or language to pacify a particular group of people, we must be compassionate," she added.
Clandestine Channel Threat Commander Dan O'Mahoney held meetings in France on Thursday.
He said the death of the migrant had "served as a tragic reminder of the vital importance of the work the UK and France are engaged in to make this route completely unviable".
Mr O'Mahoney said: "At meetings I have held in Paris and Calais today there were positive discussions about enhancing operations with increased surveillance, aerial support, further intelligence sharing and patrols in northern France. I look forward to returning in the coming weeks to progress these discussions."

Information about BBC links to other news sites