A Holocaust survivor who stepped back in to a Nazi ghetto thanks to virtual reality said it "brings it home".

Martin Stern, 81, was one of the first to experience what is believed to be a unique exhibit.

Researchers have turned a photo of the 1943 liquidation of the Warsaw Ghetto in to virtual reality (VR), allowing visitors to look around inside it.

Mr Stern said he hopes it will better engage young people and make them ask questions.

The retired physician, who now lives in Leicester, spent months in Theresienstadt as a child, a ghetto and transit camp in what was then Nazi-controlled Czechoslovakia.

He was asked to try the virtual reality while it was being developed and said: "I was very impressed, it's amazingly real.

"Years ago I went to an Anne Frank exhibit in Leicester where a group of young Jewish boys were being shown round - it was just black and white photos pinned up and they were yawning.

"For a new generation, you need to talk to them in the language they are using. Being surrounded by the VR brings it home."

It is part of the Eye As Witness: Recording the Holocaust exhibit created by the University of Nottingham and the National Holocaust Centre and Museum.

The original image, taken for Nazis propaganda purposes, shows a group sitting on a kerb watched over by a soldier but thanks to the VR goggles, viewers can also see what may have been happening beyond the frame.

Professor Maiken Umbach, from the university, said: "The VR is an invitation to contemplate what choices the photographer made, what might have been left out."

For example as eyewitnesses told them there were many more soldiers than shown in photos. 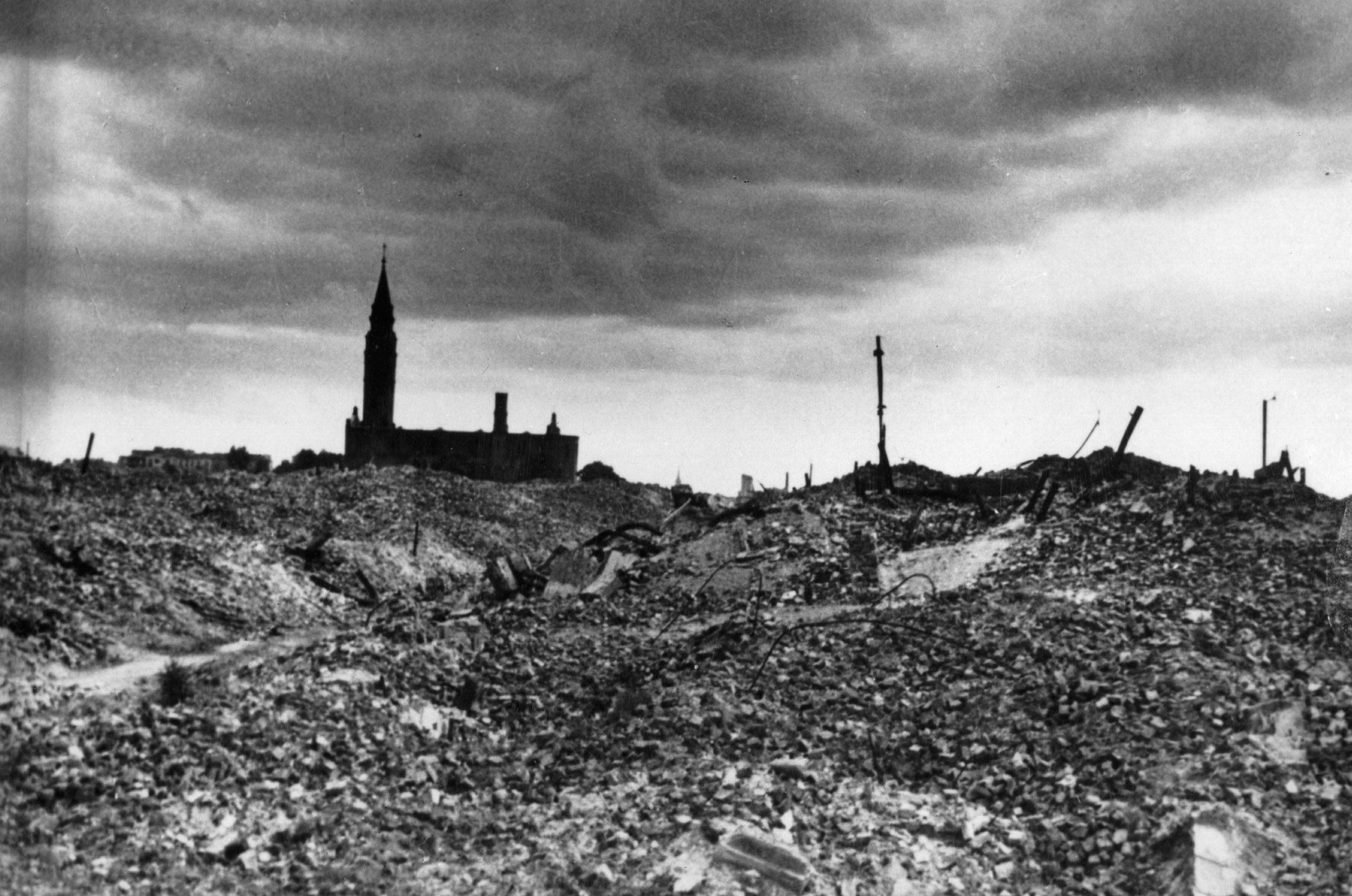 The Warsaw Ghetto was set up in 1940. Hundreds of thousands died behind its walls or were sent to death camps. It was shut down after the remaining inhabitants rose up in 1943.

Professor Umbach added they did not want to use the VR "voyeuristically" by showing too much violence and they had deliberately chosen not to make the image too realistic.

She said the aim is to make people think critically about photos from past or current events rather than feel they had "gone back" to the Holocaust.

The exhibition will be touring a number of venues from Monday until 24 March 2021.