Cycling 'not just for middle aged men in lycra'

The marine biologist dabbled in mountaineering and rock-climbing while at university, but when marriage and children came along, she found it difficult to find the time to keep up with her outdoor lifestyle.

"My husband bought me a day at Tollymore Mountain Centre [in Newcastle, County Down], to do mountain biking," she says.

"It's mindfulness for me. You get on the bike, and you only think about being on the bike."

Ms Young is one of a relatively rare breed - women who cycle.

It's a man's pursuit, or at least that's what the statistics would have you believe.

In 2017/2018, 2,785 people across Northern Ireland were asked if they had access to a bicycle, as part of research carried out by the Department for Infrastructure.

Of those who had cycled in the previous four weeks, 69% were men, compared to just 31% who were women.

The findings tally with other research carried out across the UK.

The data revealed that the ratio of female to male bike riders in Belfast is about 1:3.

So why aren't more women taking it up?

You get a different answer depending on who you talk to.

Some women have said it's a confidence issue, while others cite road safety and a lack of suitable infrastructure.

"Women tend to take less risks for various reasons, and that could explain why there is this gap." 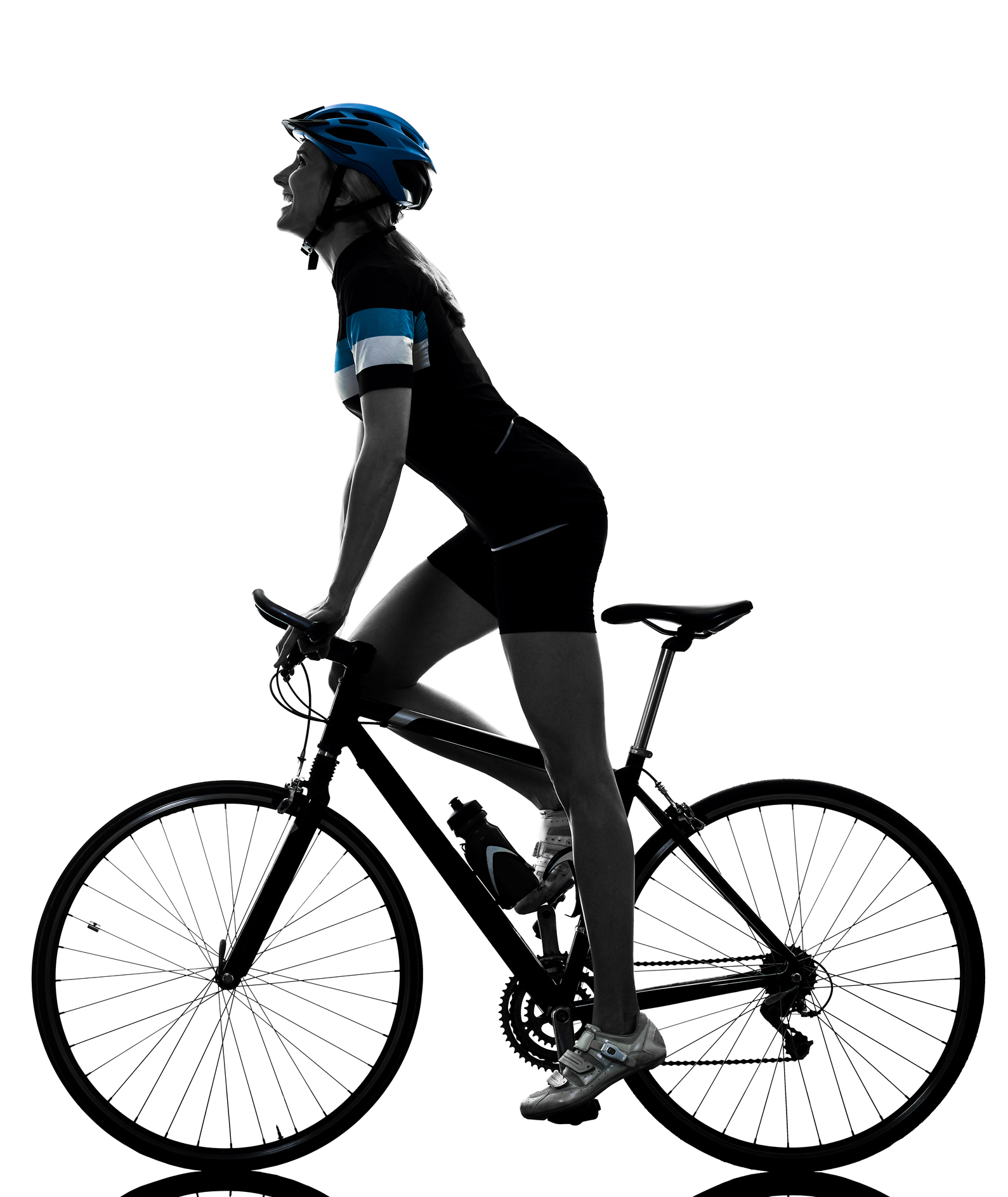 Since last autumn, Sustrans has been holding courses in Belfast for women wanting to get involved in cycling, or back into cycling.

"A couple of other surveys that we have done show people citing the erratic behaviour of drivers, too much traffic on the roads, the lack of consistent cycle lanes," says Ms Madden.

Ms Young, a member of Apollo Cycling team in Lurgan, County Armagh, suggests it's more than that.

The sport, she says, may suffer from a problem of perception.

"With the clubs, there's this perception of the 'Middle Aged Men in Lycra'.

"I don't want to feed that stereotype, but there is that out there, that we all go out and clog up the roads, and it's a certain type of person that does it.

"But there are so many benefits to cycling within a club - safety, and friendship and fun."

Whatever the reasons, the statistics are stark.

Cycling Ulster, the provincial governing body, has more than 6,900 members - 5,587 of whom are male.

'It was the companionship that kept me going'

No exploration of female cycling in Northern Ireland would be complete without a look at Isabel Woods (90) (née Clements), described by Cycling Ireland as "the most prolific record breaker in the history of road records in Ireland".

Isabel bought her first bike from a shop on Belfast's York Street, aged 18.

She and her sister would travel and explore the largely car-less roads and countryside of 1940s Northern Ireland, "to escape the city", Isabel says, and "get into the fresh air".

Encouraged by a friend, in 1949, she took part in a novice five-mile time trial. She came second, and she was hooked.

In the years that followed, Isabel clocked up eight road records, including between Enniskillen and Belfast, Londonderry and Dublin, and, perhaps her most famous, the End to End from Mizen Head in County Cork to Fairhead in County Antrim, in 1955.

She completed that in 23 hours and two minutes - a record which held for 52 years until Zimbabwean-born Rose Leith set a new record in 2007.

"I got a phone call the night before to say that it [record attempt] was being attempted. So I made sure that I would be there to greet her [Rose] at Fairhead," Mrs Woods tells BBC News NI.

"I was there in the morning mist at Fairhead to give her a hug when she was finished, and I couldn't have been beaten by a nicer person. A lovely woman."

Isabel's last long-distance cycle was in 1956, Dublin to Derry.

"Peter [Isabel's late husband] put a sidecar on to his bicycle for the first one [child]. When the second one arrived, I put a seat on to the back of mine.

"And when the third arrived, I had no answer. They were all within four-and-a-half years.

"I had never encouraged the boys to race. There was too much of my father in me, I think, I didn't want the responsibility of anything happening. So I didn't encourage them to race.

"I did miss it. But then I was kept busy. Instead of pushing two wheels, I ended up pushing four for quite some time. I had to then admit that I just had to leave it."

Isabel, who is listed in Cycling Ireland's Hall of Fame, was approached to turn professional, but enjoyed riding with her fellow female riders and friends so much, that she turned down the offer.

"It was the companionship that kept me going. Especially the clubs," she tells BBC News NI.

"We had great club runs every Sunday. Lit a fire and drummed up, as we called it. Boiled our cans over the fire. That was the heart of cycling for me, the companionship. I don't think the present day young ones are getting the same fun out of it as in my day.

"There's not a sport better than cycling. You have the pleasure of going at your own steam, you have the scenery and the smell of the countryside."

Moves are afoot to shake the statistics up, and get more women on their bikes.

Evelyn Donnelly, from the Foyle Cycling Club in Derry, was the only woman in the club when she joined about 11 years ago.

It had upwards of about 100 members at the time.

"I didn't even stop to think about it. I just wanted to cycle," she recalls.

"I was doing triathlons at the time, and needed help. I started going out with the club on a Sunday and I never realised that I was the only girl, I never thought about it and just mixed in.

"It was just like that in those days. You just didn't see women cycling. When you were watching the Tour de France, it was mostly men."

One day Ms Donnelly sat up and took notice of the considerable gender imbalance, and she decided it was time to do something about it.

"I thought: 'I need to start getting girls into this club.' And I started doing a big advertising drive on Facebook, and I had the help of the Foyle club, the boys did come out and help me with the coaching."

The club now has about 20 female members, Ms Donnelly says.

The club has 54 members - just four are women. Eighteen women turned up to the club's first ladies-only event earlier this month.

"The biggest thing for me is the mental health side," she says.

"Cycling is fantastic for clearing your head. You have no mobile phone in your hand, nothing to worry about other than the next pothole, what's around the corner.

"I just feel so much better for it."

Not everyone wants to use the bike for club activities, though, with some, such as community nurse Lisa Rolston, using it for commuting and getting around.

She had been an avid cycler, but had a bad experience a number of years ago when she was forced on to the pavement by a bus, which took a bend too tightly.

"That was when my confidence started going down, as I used to think about how close that was," she says. 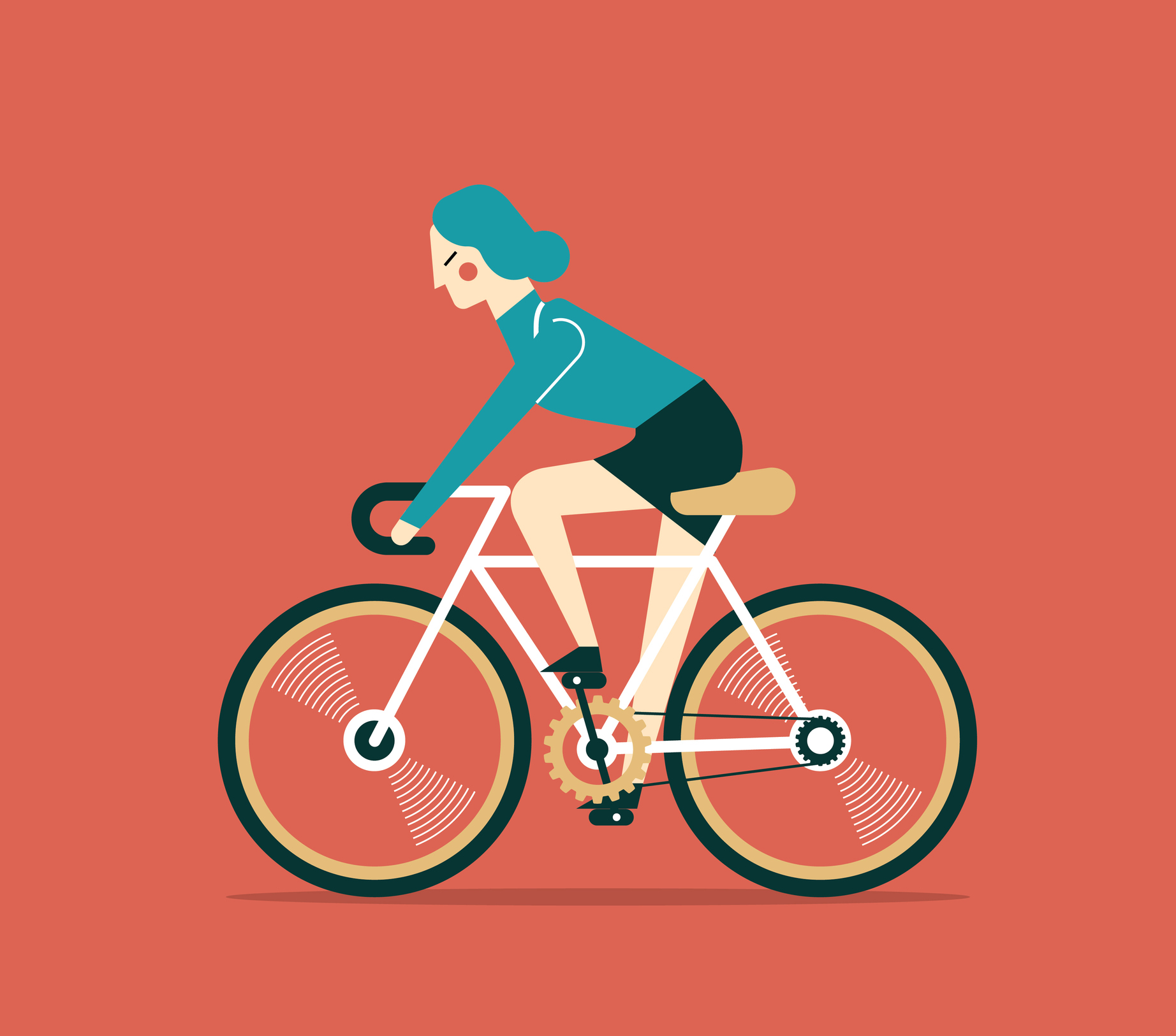 You're leaving the car, you're saving yourself money and you're not adding to pollution. I don't know why more ladies don't get on their bike."

"So I had started the bad habit of cycling on the pavement when there were no pedestrians about or when it was a very wide pavement, because I just thought it's a hassle to cycle on the road because you feel like you're in drivers' way.

"It can be a bit intimidating."

Her lack of confidence was starting to get to her, so she signed up for the Sustrans six week course.

She's back on the roads now, but says more needs to be done to improve cycling infrastructure, for both female and male cyclists.

And the lack of women on bikes is noticeable, she says.

"You're leaving the car, you're saving yourself money and you're not adding to pollution. You can cycle somewhere faster than in the car sometimes. Plus you don't have to pay parking.

"I don't know why more ladies don't get on their bike. It needs to be encouraged and brought to people's attention."

Cycling Ulster is doing just that.

It has launched a new programme - Women on Wheels - aimed at getting more women into the sport, with 16 clubs involved.

The clubs will be given training and advice on how to retain and actively encourage more women into club activities, and also how to boost the number of female coaches.

"Cycling is for everybody. It's not just for Middle Aged Men in Lycra," says Ms Young, who's on the Cycling Ulster Women's Commission, and is the driving force behind Women on Wheels.

"There are quite a few women in our clubs already. It's not a massive number, but we're quite active and we're open for other people to come and join us."

Hundreds of thousands of people were left without power and at least 10 people were killed.

Can wearing masks stop the spread of viruses? Trump rolls back US water pollution controls

How do you quarantine a city - and does it work?

Why is 'pettifogging' suddenly in the news?