It is time for voters to "disrupt the narrative" and support a party wholly committed to tackling climate change, the Green Party NI leader has said.

Clare Bailey was speaking as she launched the party's manifesto for next month's local government elections.

She said while other parties were focused with the "distraction politics" of Brexit, climate change was not being dealt with.

She added that only the Green Party has workable ideas to deal with the issue.

The Green Party is running 26 candidates in next month's election. In 2014, it won four seats.

It has 10 key pledges as part of its manifesto, including ensuring that all council premises are single-use plastic free, providing free sanitary products in all councils and improving air quality standards.

Ms Bailey said given the absence of the Stormont assembly, the council elections were "more important than ever". 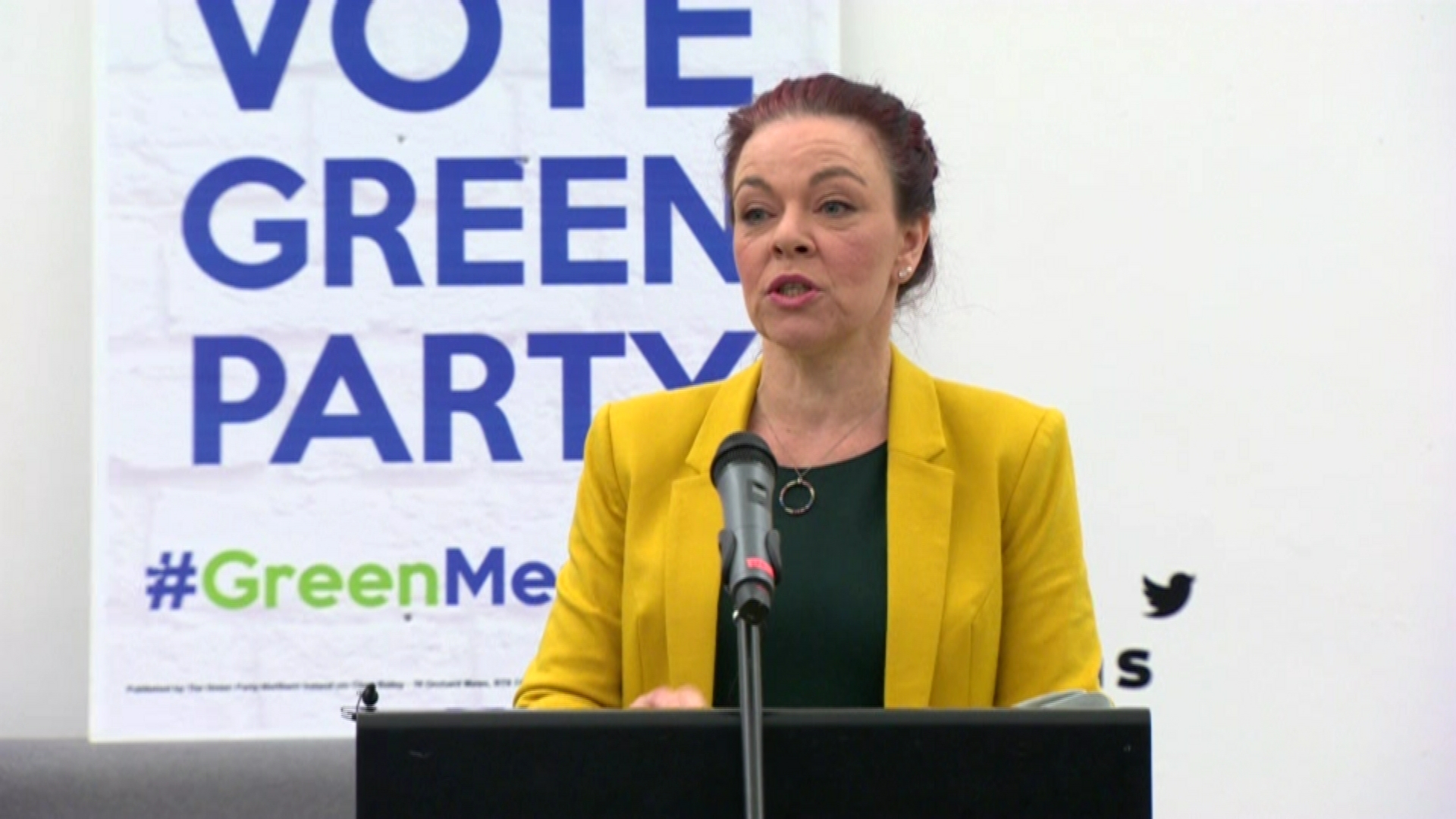 It's only the Greens who have the power of ideas.

The Northern Ireland Assembly collapsed in January 2017, after a bitter row between the main power-sharing parties.

Ms Bailey said other parties needed to be held to account when they raised proposals about tackling climate change.

"We only have 11 years to mitigate the worst effects of climate change, it's only the Greens who have the power of ideas," she added.

This is Clare Bailey's first election at the helm since taking over as leader of the party last year.

The prime minister welcomes the plan for the couple's future, as the Queen wishes them happiness.