Thousands of people in Northern Ireland have had to access homeless support services, but are not living on the streets.

They're in hostels and other type of accommodation provided by the various charitable bodies.

Their reasons for doing so are varied; relationship breakdowns, family disputes, and mental health problems, to name but a few.

In recent weeks, BBC News NI has spoken to a number of people who have accessed these services.

These are their stories.

Sinead Erwin's marriage broke down when she was aged 36. The youngest of her four children was 13 at the time.

She had got engaged to her husband when she was a "confident girl" of just 17.

Fast forward 18 years and the split from her husband has created issues that linger today.

In the years that followed the split, Sinead lived in a number of flats in Craigavon, Carrickfergus and Coleraine, and during that time got involved in an abusive relationship.

She sought refuge with Women's Aid in Belfast, before eventually returning to Ballymena with the Simon Community.

"I suffer from mental health problems, depression and anxiety. I felt that every time I went up the ladder, found someone, I got knocked down again. It was like snakes and ladders. I'd go up the ladder so far, and then I'd go down it again," she says.

Most recently, Sinead lived in a hostel provided by the Simon Community which she described as the best hostel she had been in.

She is, in her own words, now "happy, content".

Seeing her children and having her grandchildren around her table would be like a "lottery win", she adds.

"There's nobody out there better than anybody else. We've all got our same problems and worries.

Since this interview was carried out earlier this month, Sinead has now moved into private rented accommodation.

The Simon Community said that of the 3,346 people it supported last year, 1,312 moved on to independent living arrangements.

"It is very common for clients' homelessness to be ended from one week to another," a spokesman said.

At age 21, Allie, from Coleraine, County Londonderry, had been going through a difficult time with family and friends.

She had been having multiple arguments and disagreements and "had to remove myself from that situation for my own mental health and physical health".

Allie stayed with friends for a number of months, but things got difficult and she got "kicked out".

She was between addresses for about six months, before friends suggested contacting the Simon Community. 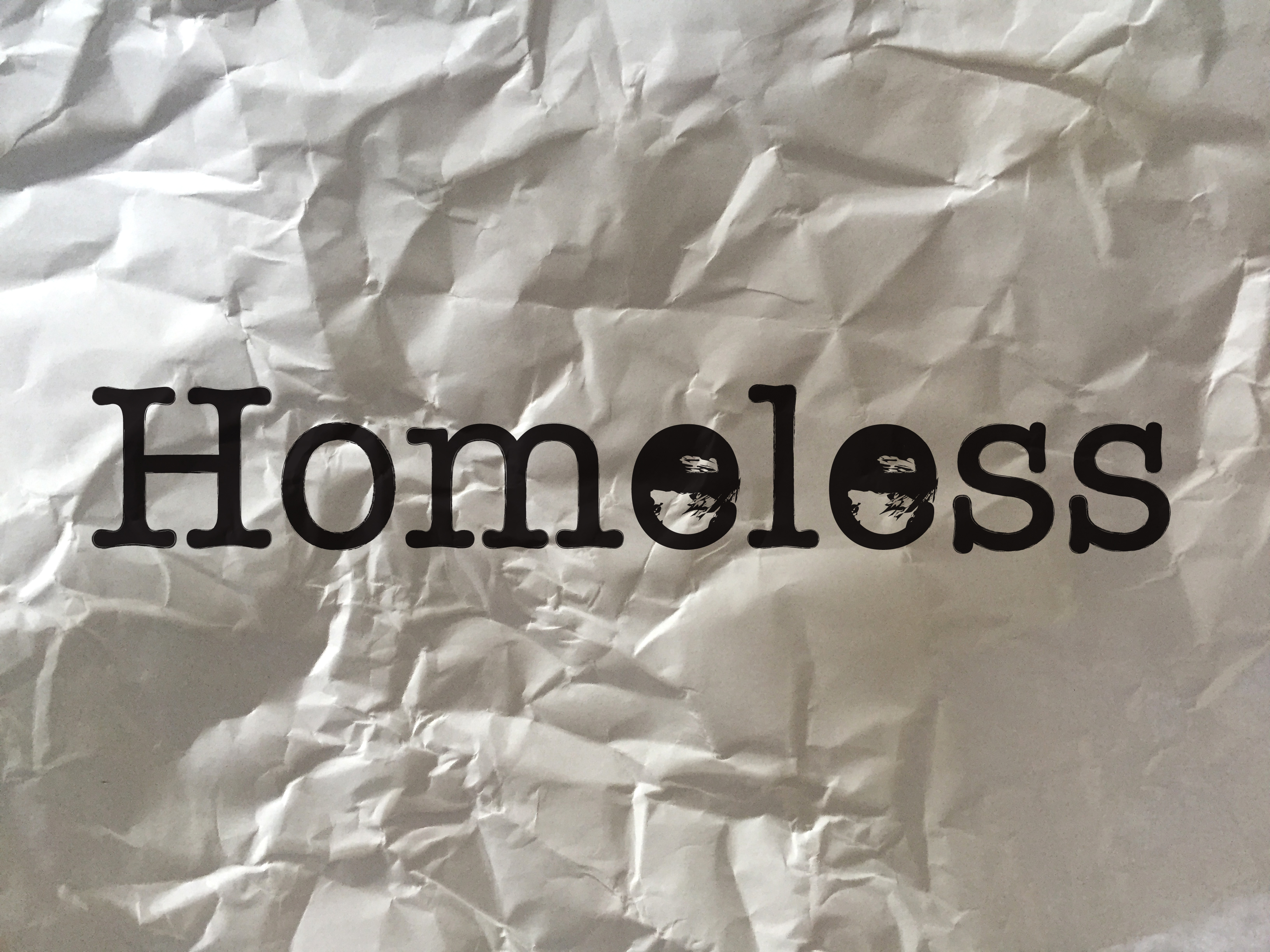 She's now living in a Simon hostel in Coleraine.

Her ambition is to get back into education - she had been studying Motor Vehicle Studies in Ballymena.

Her other hope is to improve the relationship she has with her family, although homelessness has "made things more difficult", she adds.

Although it can be strained, Allie says that the situation is improving.

She says homelessness can strike anyone, and adds that Christmas is a challenging time for her.

"I have lost family members at this time of year, I have had relationships end. It is a very difficult time, but with the right friends and support workers around you, it does get easier," she says.

"It's something doable. It doesn't matter what situation you're in in life.

"If you have the access to the right support groups and people, you can get through anything."

Maddie Gormley, from Omagh, struggled to pay the rent in her flat and make ends meet when, aged 22, a relationship broke down and she was living in her flat by herself.

"It literally came down to a decision about whether I should pay the rent or do I get heating for the house. The rent came first," she says.

"At first I didn't ask for help. When I knew I couldn't afford rent, I started selling some of my stuff."

This lasted for about six months.

Maddie suffered mental health problems, couldn't keep a job and had to step away from her studies at the South West College in Omagh. 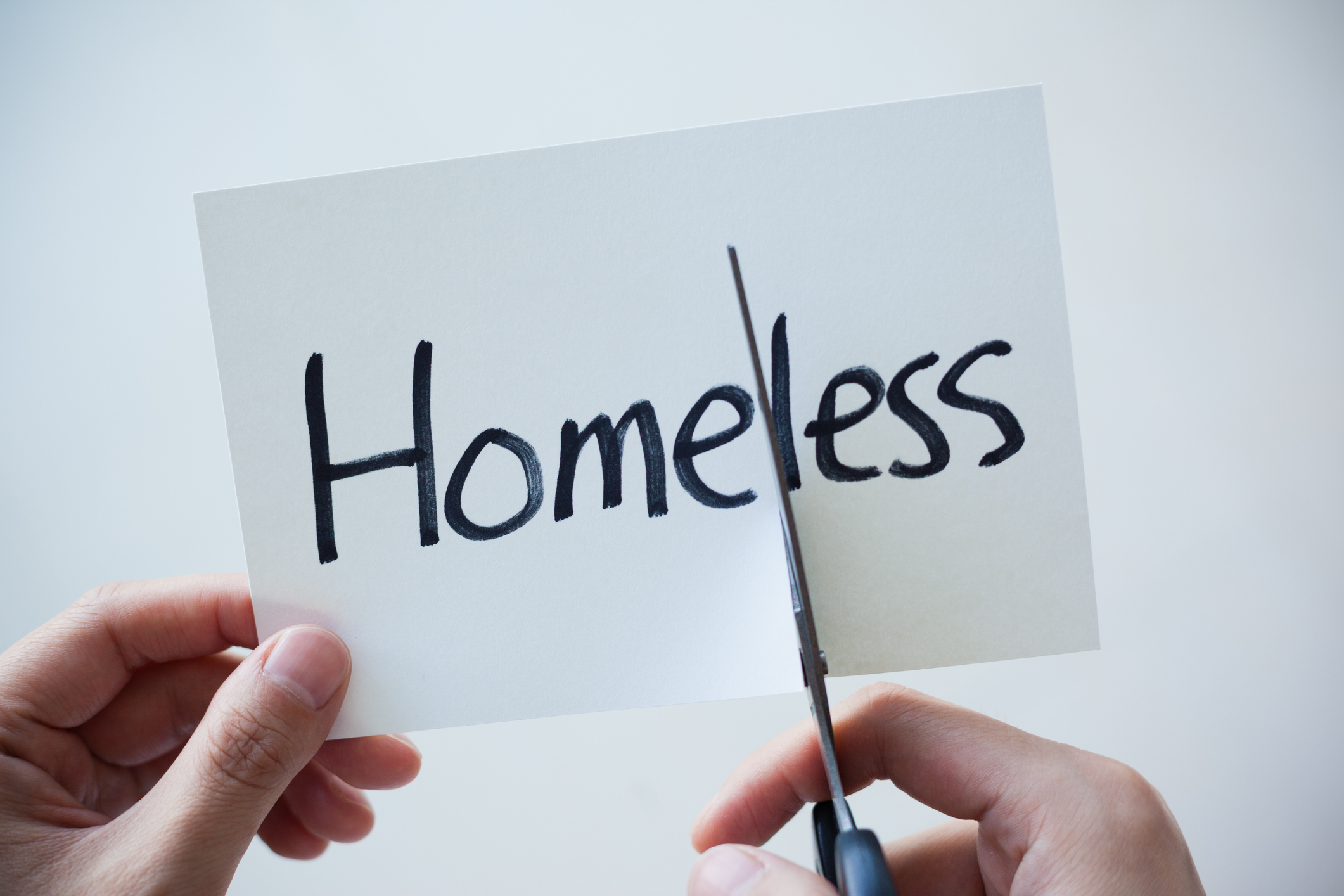 This could happen to anybody. You never know when or how, but it could affect anyone. Sometimes you have no where else to turn, and no one to go to."

"This could happen to anybody. You never know when or how, but it could affect anyone. Sometimes you have nowhere else to turn, and no one to go to," she says.

Maddie, thanks to the advice of a friend, turned to Shelter NI for help. Its SLATE Project aims to offer an alternative to homelessness for young people aged 16 to 25, who have support needs and are already homeless or are at risk of becoming homeless.

Shelter NI director Tony McQuillan says the numbers of young homeless people referred to the SLATE service increased by more than 50% in the past year.

Maddie urges those who find themselves in a similar situation to seek help. She says her support from SLATE has helped her considerably.

"Go to your local housing office. Go to your local homeless charity and see if there's any kind of help that you can receive, because in that time you feel completely alone and feel like you can't reach out to anyone," she says.

Alex Burke's difficulties began when he was about 15 following a family breakdown.

He stopped talking to people and grew increasingly isolated. He had been referred to a children's organisation and then also spent a period of time living with his grandmother, but that became "tough".

He was in supported accommodation in Enniskillen when he was 17 for about six weeks, but he felt he was too far away from home and it was the first time he was by himself.

He is now in a hostel with the SLATE Project.

"I was scared. So much had happened in my life before that and I felt like it was all piling on top of me. I tried to kill myself twice. I went to counselling to build myself up," he says.

"I know there is a better way for everybody, but you have to get past that brick wall first."

Alex says that a lot of people have the "stereotypical view of homeless people" that "they don't work, they're on the dole, but it does come down to mental health issues, family breakdowns, drugs and alcohol".

"It's just such a wide spectrum of things that can leave you homeless and it's never spoken of enough," he says.

"Especially for young people, it's more scary for them. They're becoming an adult and then this thing smacks them in the face."

He says that in Omagh there is very little evidence of people sleeping on the streets, but it's more a problem of "hidden homelessness".

"They automatically think that when you're homeless, you're on the street, when you're not," he says.

Alex and Maddie (see post above) are close friends and live in the same hostel.

"Every single person has their own personal reason [for being homeless]," says Alex.

"A lot of people have their pride. They don't want to lose their pride so they won't ask for help. But there's help in almost every town. It's not going to damage your pride. You'll still be you."

In 2014, recently married Flavio Araujo and his wife, both from Brazil, moved to Portadown, County Armagh from Dublin as the cost of living was much lower.

A friend found him a job on a farm picking apples. But the marriage broke down after four years, when his daughter was almost three, and Flavio tried to find alternative accommodation in Portadown, before moving to Belfast.

He stayed initially in temporary accommodation, applied for benefits and to the Housing Executive, and eventually got into the Simon Community.

"If, at that time, I could have got out of my own body and looked down and described myself, it was like I was being dragged," he recalls.

"I couldn't walk. I didn't have any strength to do anything. I was struggling. I went through depression, I suffer from anxiety and it was aggravated at that point."

Flavio has been in a Simon hostel in Belfast for a year now.

"The hostel is the best, better that staying on the street, in the cold," he says.

"I have a roof over my head, a warm bed, and it's safe. But I'm getting to a point where small things are annoying and I just want to move on now."

He has family in Brazil, but can't leave because his daughter remains here.

"When I think about moving away, I think of my daughter and I start crying. I can't even think about it.

"You never expect or think it [homelessness] is going to happen to you. It can happen to anyone, and you're not prepared for it. Circumstances can just change in your life." 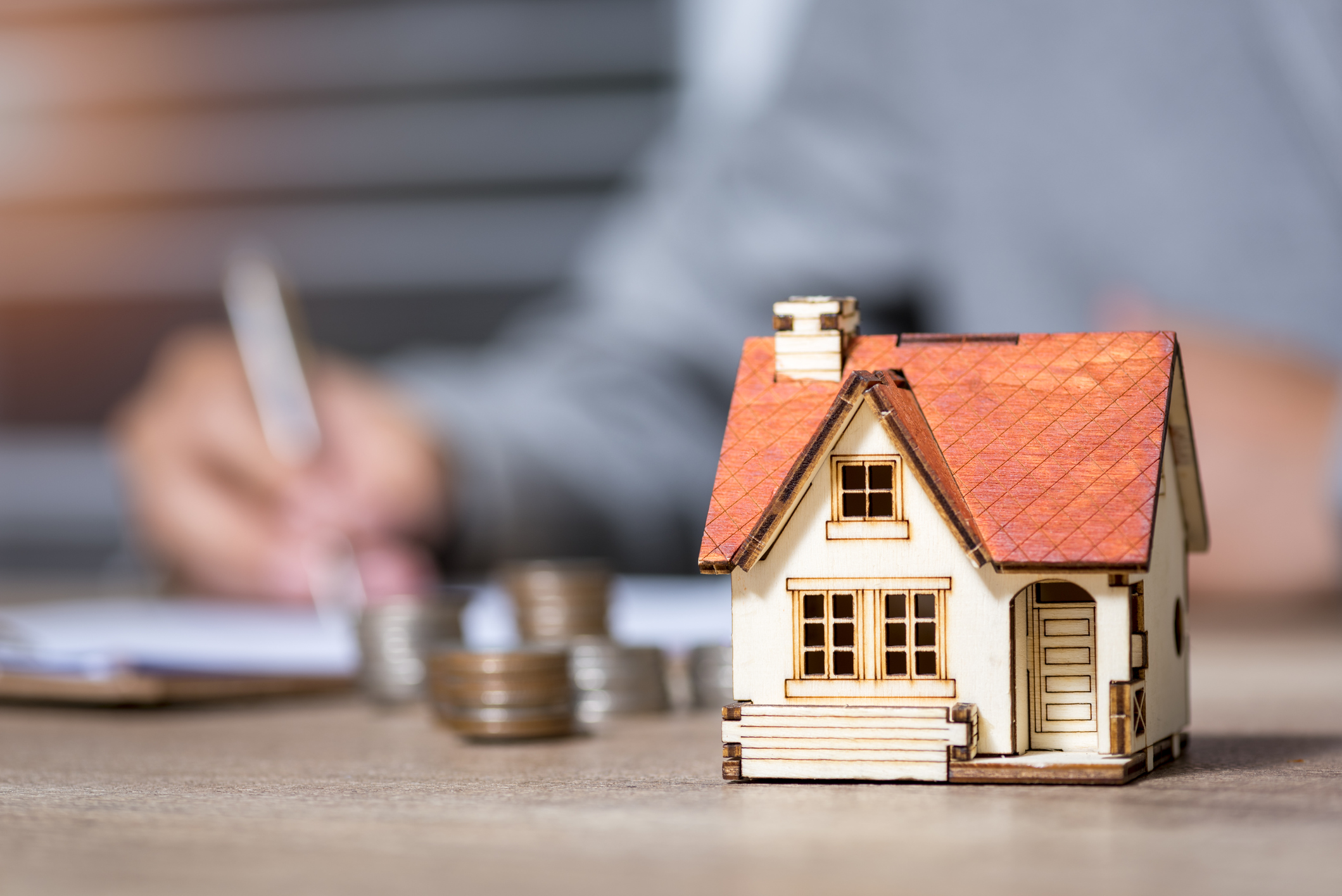 Getty
NI households presenting as homeless to NIHE* in 2018-2019 Source: Department for Communities/NISRA.

Those deemed to be in housing stress usually make up about half of the overall social housing waiting list.

However, the Simon Community has pointed out that while government collects statistics on those who have officially presented to NIHE as homeless, there are many more who are homeless but do not show up in official figures.

When a person presents as homeless to the Housing Executive, the organisation begins enquiries to determine whether the applicant meets the four statutory homelessness tests defined in law.

These include whether the person is unintentionally homeless or is threatened with homelessness and is eligible for assistance and in priority need.

"Assessments are carried out on an individual basis," a spokesman said.

Advice for those who are homeless or are at risk of being homeless can be found through the Housing Rights website or the Council for the Homeless Northern Ireland (CHNI). 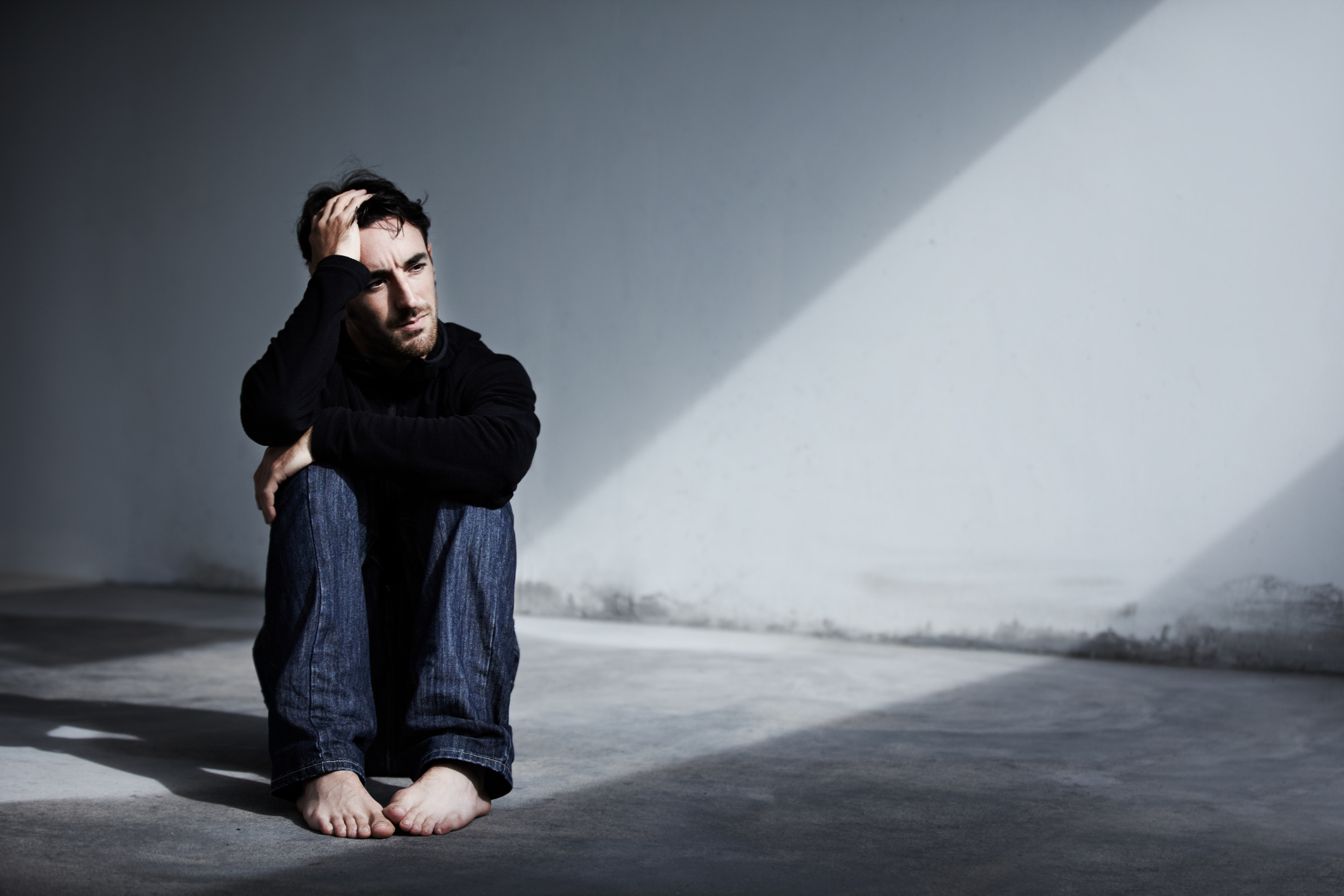 Getty
Who is presenting as homeless?