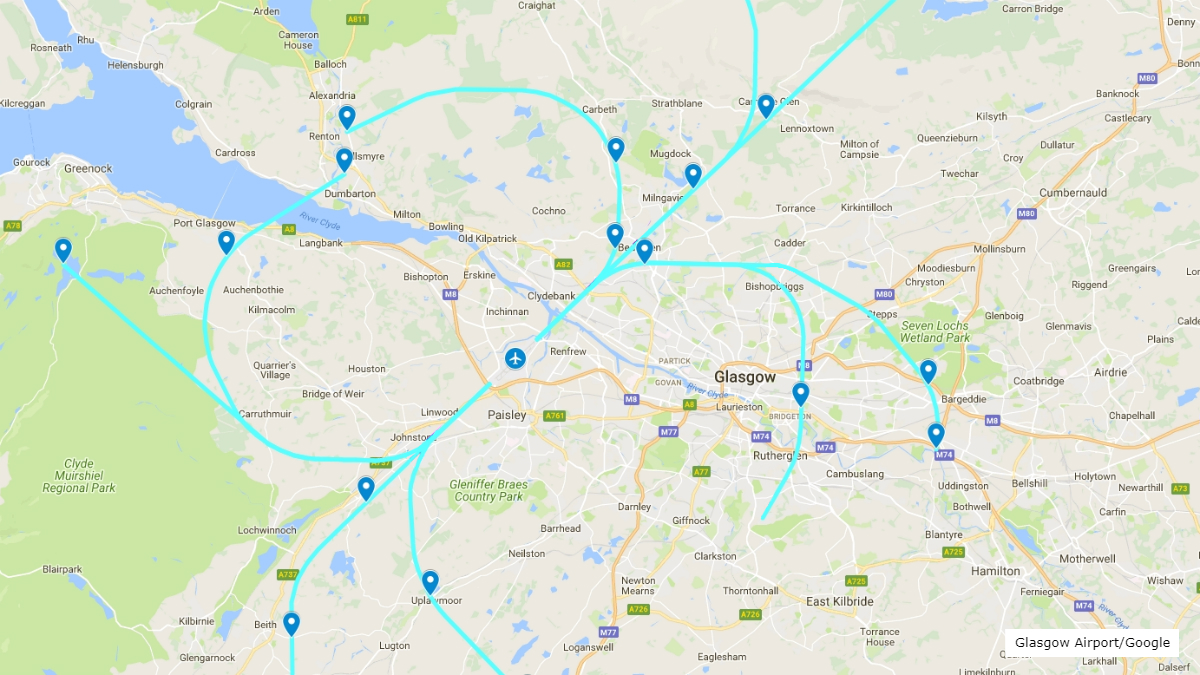 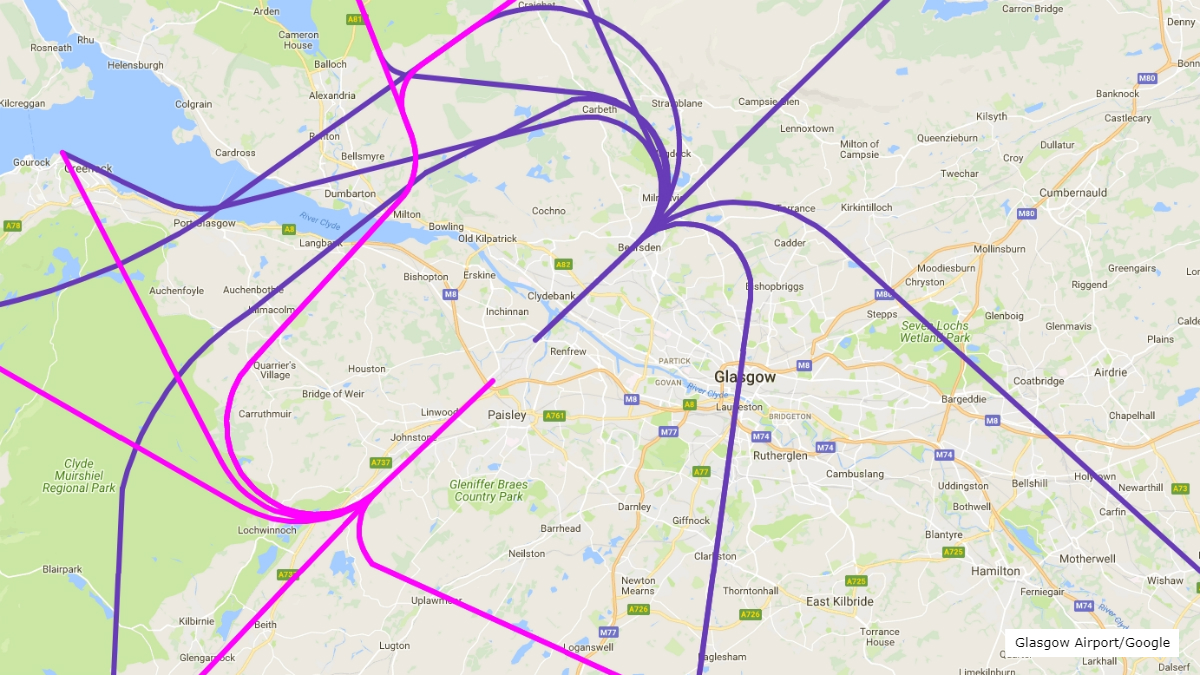 Proposed changes to Glasgow Airport's flight paths have caused concern in some of the areas affected.

The airport's 13-week consultation closes on Friday 13 April, with it claiming routes used since the 1960s are no longer fit for purpose.

The proposals are aimed at "modernising" Glasgow's airspace to handle increasing passenger numbers.

Community groups in Bearsden, Dennistoun, Uplawmoor and other areas are worried about the impact.

A key element of the plan involves removing ground-based navigation aids in favour of satellite systems.

Ground navigation aids used by Glasgow Airport, which guide the aircraft to and from the airfield, will be decommissioned in 2019.

Supporters say the move to satellite systems will help reduce the time planes queue in the air and on the ground and reduce overall CO2 and fuel emissions.

However, opponents claim the change from beacon to GPS will concentrate air traffic in a way that has not been seen around Glasgow before, with all aircraft flying exactly along the route.

Stuart Wilson, who represents Uplawmoor Community Council, said the airport had not explained why the departure route needed to go directly over the village when it was surrounded by empty countryside.

The village lies in the East Renfrewshire countryside about nine miles south of the airport.

Tracking planes on the yellow route

Mr Wilson told BBC Scotland his main concerns were with the increase in noise over the "very tranquil peaceful surroundings".

He said there would be departure flights flying over the village every few minutes and the noise would be equivalent to "being next to a busy 50mph road".

"The proposals as they currently stand estimate on most days up to 70% of traffic leaving Glasgow airport will now come over a very condensed area over a very small rural population," he said.

He criticised the airport for not consulting the community until "very late in the day".

Mr Wilson said he hoped the Civil Aviation Authority, which has the final say on the proposals, would force the airport into a more "transparent, open and honest" consultation.

Residents in Bearsden, a suburban area about six miles to the north of the airport, have also protested over the increase flights taking off over parts of their area.

What's the small black mark? It's the runway

A Glasgow Airport spokesman said: "The flight paths have not changed materially in decades.

"As is the case with wider UK airspace infrastructure, they are no longer fit for purpose.

"There is a need for Glasgow to modernise the departure paths, however it is important to stress that what we have put forward are only proposals.

"We can only make changes once we have considered the views of all those who respond directly to the consultation.

"Those views will then be presented to our regulator, the Civil Aviation Authority, who will ultimately make the decision on whether or not we can proceed, however, we will of course take on board all of the views that were expressed as we consider our next steps."