Plea for 'second chance' for ex-offenders

After 20 years in and out of prison, Lee Dutton said finding a job was an uphill struggle.

"As soon as you disclose you've got a criminal record, you never hear back from them," he said.

Now 45, Lee, from Barry, Vale of Glamorgan, works with the St Giles Trust - a charity helping young people who have been in trouble.

He wants more employers to give ex-offenders a second chance and see beyond criminal record checks.

BBC Wales has found at least 34 of Wales' leading 52 private sector businesses carry out criminal record checks on prospective employees, at least some of the time.

Only two firms said they did not carry out checks under any circumstances.

Lee has a list of all his convictions and court appearances stretching back to the age of 16. It runs to 12 pages.

He got into crime after a family break-up and it started with stealing and breaking into cars in his home town.

After hanging around and smoking cannabis with other youths and a period in foster care, his offences got more serious and included burglaries, assault and drug-related charges. 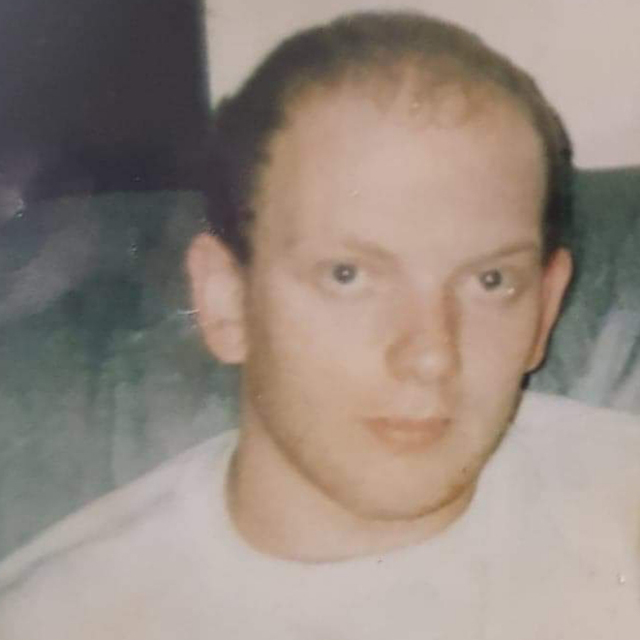 The children needed nappies, I wanted something or there was no money for food, the easiest thing was to commit an offence. This was the mindset I used to have

More than once in the past, Lee said he found himself struggling to make ends meet.

"The children needed nappies, I wanted something or there was no money for food, the easiest thing was to commit an offence, this was the mindset I used to have," he recalled.

His last conviction was at the age of 33, leading him to be jailed for four years. At the end of that term, Lee calculated he had spent about 10 years in prison.

"I took my family through that as well. I didn't realise what I had around me, I was self-centred. I'd grown up on prison landings - and I saw a reflection of myself with the younger prisoners and I thought 'I'm still in this life after all these years, things have to change'."

Lee said sometimes prisoners' expectations can be too high when they first start going straight.

He began by volunteering, which gave him a reference and help in finding a permanent job. But he wants employers to give former inmates opportunities and see beyond criminal record checks.

"It makes you feel quite disheartened when you're trying to turn your life around - there's pressure from job centres and you think 'is there any point continuing to do this?'," he said.

"It's important to give that second chance, that third or fourth chance. My employment record is exemplary - there are no black marks whatsoever.

"I'm one of thousands in Wales looking for that chance. You may think it's a big gamble, but when people take that chance, we act well with it, they can see what we're worth as a person and what we can bring to their company."

BBC Wales looked at 36 leading private sector companies in the country and found 15 required applicants to declare criminal convictions when they applied, while a further 19 said they conducted background checks at a later stage in the process.

Construction firm ISG has been working with The Wallich - a Cardiff homeless charity - on a scheme to offer jobs to ex-offenders.

Jon James, regional director, said it had been a "leap of faith" to start with but it was important to give ex-offenders the right support and treat them as normally as possible.

"We don't have a textbook outcome, where three people who have worked for us over the past three years are still with us, but there's no doubt in our minds we've given them a great opportunity to get out of that cycle of offending which often goes hand-in-hand with homelessness," he said.

"We concentrate on giving them an induction into the business, we provide them with a mentor who provides specific support but another success for us is that our guys use slightly different management skills to support these individuals in the right way, which is a benefit to the business too."

The Supreme Court recently found in favour of three people who claimed their lives were blighted by minor criminal convictions.

Christopher Stacey, co-director of campaign charity Unlock, acknowledged there were certain jobs in which a conviction would be a valid reason for excluding certain candidates but argued these are few and far between.

"In the vast majority of cases, it should be very rare that it's not possible to employ somebody," he said.

"There are obviously those cases that exist but the vast majority of people with criminal records are suitable employees, they're excellent employees, and employers are missing out on them."

Leanne Wood AM, justice spokeswoman for Plaid Cymru and a former probation officer, supports questions about criminal convictions being removed from job application forms - and asked later in the recruitment process.

"I'm acutely aware as to how ex-offenders can be discriminated against in the employment system. It should be made easier for people to get jobs, after all that's the best way for them to be rehabilitated," she said.

"But I would say that as an employer I would want to have confidence in the system to ensure that if I was to take on someone with previous convictions that I would be aware of what they were and they wouldn't impact on the work I do.

"There does need to be a balance in place."

The new coronavirus is said to be infectious during its incubation period, making to harder to contain.