Research for new treatments for women with a type of incurable breast cancer has taken a "remarkable" step forward.

Women given a new combination of drugs had much greater chance of seeing shrinkage in their tumours, a clinical trial led by Cardiff scientists found.

They lived on average six months longer than women in the control group.

The findings have been presented at the world's biggest cancer conference in Chicago.

Dr Rob Jones, consultant in oncology and trial co-leader, said: "The benefit of having the treatment was quite remarkable", adding that it "doubled the amount of time the patient could expect to have their cancer controlled".

Breast cancer is the most common type of cancer in the UK, so the research offers hope that the new therapy could become a "standard" worldwide and potentially benefit millions of patients.

How many women get breast cancer in Wales?

Cancer cases in women in Wales

What did the drug trial do?

Breast cancer cells can have receptors - which hormones attach to and which allow the tumour to grow. Cancer involving the hormone oestrogen is called oestrogen-receptor positive - or ER positive breast cancer. This accounts for around 75% of the 55,000 new breast cancer cases in the UK each year.

For patients who are diagnosed with incurable cancer, hormone treatment can help - but eventually patients become resistant to it.

One particular protein - AKT - is seen to drive this resistance so it was about using a new drug Capivasertib to try to neutralise the AKT combined with the hormone treatment, called fulvestrant.

These drugs had never been combined before and so it went to a trial with a small number of patients before being widened to 140 patients in 19 hospitals.

The trial, called FAKTION, was led by Velindre Cancer Centre in Cardiff and The Christie Hospital in Manchester, along with Cardiff and Manchester universities.

Patients who received the combination managed to have their cancer controlled more than twice as long as others in a placebo trial - so an average of 10.3 months compared to an average 4.8 months without the same treatment.

About 40% of patients getting the combination also saw a significant shrinkage in their cancer - compared to only 12% for those who did not get the combination.

Dr Jones said: "In reality, what this means is if we get a confirmation from the bigger trial, then this could well lead to a change in the standard of care across the world."

Dr Jones, who is presenting the findings at the American Society of Clinical Oncology annual conference, said the potential impact was enormous.

"When you're given a diagnosis of cancer that is incurable, any extension of life is incredibly important," he added.

"We've talked about averages but there are plenty of examples in the trial of patients who have lived for two or three years without their disease yet progressing." 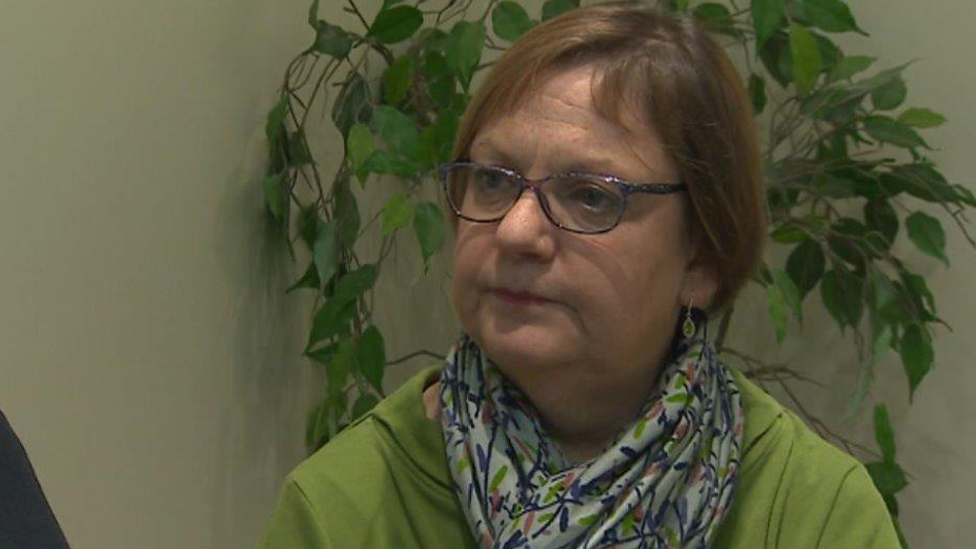 Susan Cunningham, from Cardiff, was first diagnosed with breast cancer in 2005 and has had mastectomies, chemotherapy and radiotherapy.

"I was doing very well until two years ago when I was diagnosed with metastatic bone cancer. I'd only just retired and was diagnosed within a month, so it was life-changing, all our plans had to change and it was difficult," she said.

"My oncologist wanted me to have a [hormone] treatment called fulvestrant, which isn't freely available on the NHS but was available on this trial - it wasn't the trial drug but it was a way of getting this medication. And I had a 50:50 chance of being on the placebo. I'll know at some point in the future whether I've been on the trial drug or not because at some point my disease will progress.

"It makes a difference. Even now, two years later, there are different treatments available. If it gives you more time and there's more advances in medicine due to trials like this, then it can give you more of an extension - and quality of life as well. It's very exciting and I'm very lucky to live in Cardiff and have treatment here."

The trial is now expected to be extended worldwide with the hope it will become a widespread, standard treatment.

Rhian Gibson, charity director at Velindre NHS Trust, said: "Hundreds of people raise money for Velindre every year - around £1m will go on research and clinical trials, the effect that has is not just on the patients here but people throughout Wales, the UK and hopefully, in this case, around the world."

'Meeting the bombers who killed my mum'