Drivers have been warned to expect delays on Thursday, with more vehicles predicted to be on the roads than any other day over the festive period.

The M4 around Newport, Swansea and Port Talbot is expected to be Wales' busiest road as the Christmas getaway begins.

Rail passengers travelling to and from south Wales will be affected by huge disruption over the festive period.

Delays of up to 20 minutes are predicted on parts of the M4 motorway as traffic experts warn "pre-Christmas panic" on the road will be at its height on Thursday.

Data analysts at Inrix believe the worst stretches of road in Wales will be:

"Our figures suggest many more drivers are planning leisure trips by car in the run-up to Christmas this year," said Ben Aldous, of the RAC.

"So bumper-to-bumper traffic on some motorways and major A-roads is going to be near-guaranteed." 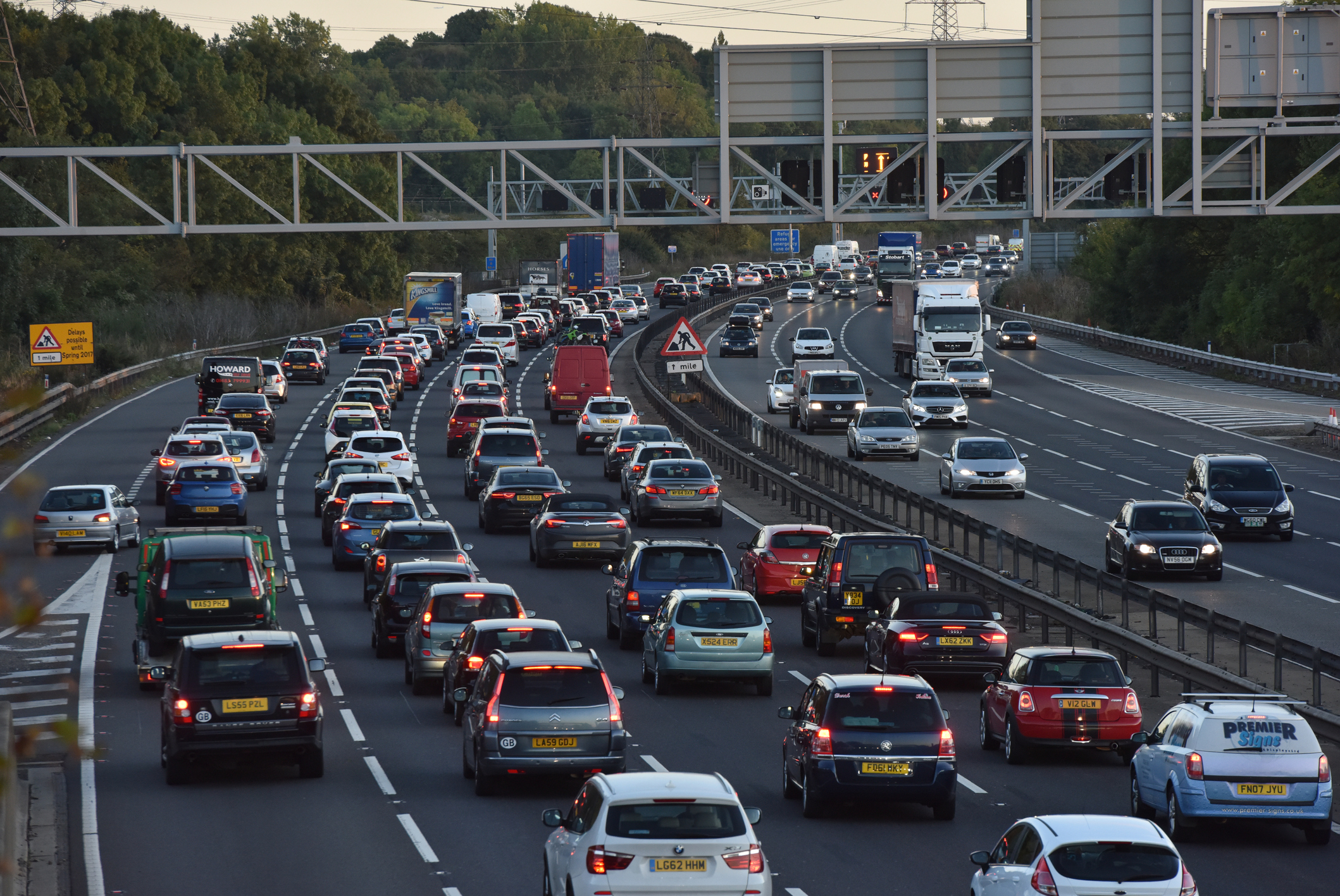 Getty
Worst times to drive before ChristmasSources: RAC and Inrix, all times GMT

Inrix predicts there will be 31 million trips by car over Christmas with Thursday being the busiest as people "compete with commuters and shoppers for road space".

Drivers have also been warned to expect "difficult driving conditions and road closures" as the Met Office has issued a yellow weather warning.

Rail bosses have urged passengers over Christmas and new year to check their travel plans due to the amount of disruption to Welsh services.

Paddington is shut on Christmas Eve and 27 December, while replacement buses will run between Bristol Parkway, Chepstow, Cwmbran, Ebbw Vale Town and Cardiff Central from 27 December to New Year's Day.

Rail passengers have been warned to expect train delays and cancellations on Thursday and Friday morning as part of the Met Office's yellow weather warning.

Ferries between Wales and Ireland are preparing for their busiest time of the year with about 12,000 passengers travelling on Irish Ferry services in the build-up to Christmas.

Bosses have warned passengers to travel early to avoid any traffic congestion with the last Irish ferry sailings to Ireland before Christmas at 14:10 from Holyhead to Dublin on Christmas Eve and 14:45 from Pembroke to Rosslare.

The prime minister welcomes the plan for the couple's future, as the Queen wishes them happiness.