The Welsh government will get an extra £161m of capital funding to spend on infrastructure projects.

But cuts in day-to-day revenue spending bring its total additional funding from the Budget back down to about £104m.

But after Labour's criticism, a UK government minister said Wales "got off relatively lightly".

Ms Hutt said she was "disappointed for Wales".

"The price for additional capital investment is high - paid for by cuts to our revenue for the next two years," she said.

"These cuts are a real blow and will place our crucial public services under further pressure."

The Welsh government wanted increased funding for infrastructure and building work as a way to stimulate the economy.

However, Ms Hutt said the extra funding earmarked for Wales came with "strings attached". Some of it can only be used as loans and may have to be paid back, she added.

"This falls far short of what we called for and urgently require," she said.

Delivering his fourth Budget to Parliament, George Osborne cut his official growth forecast in half, but insisted the UK would avoid a "triple dip" recession.

He said his Budget was for "those who want to work and get on".

But the Labour Welsh government attacked a "disappointing" Budget that it said would put pressure on services.

The devolved administration is feeling the impact of a squeeze on revenue in Whitehall.

It has an annual budget of around £15bn, but will lose £57m over the next two financial years as a result of reductions announced in the Budget.

The Welsh government says it will actually have to find even bigger savings because of cuts that had already been announced.

Earlier in the week, First Minister Carwyn Jones had called on the chancellor to borrow more to pay for an economic stimulus - a call the Conservatives described as "casino economics".

But Wales Office minister Stephen Crabb said Wales had got off relatively lightly the in the Budget compared to a number of departments in the UK government.

"The first minister was asking for more money for infrastructure and he's got that," Mr Crabb told BBC Radio Wales.

"The reaction from the first minister that it's not enough is a rather tired old template of Welsh politics always saying there's never enough public money in Wales. 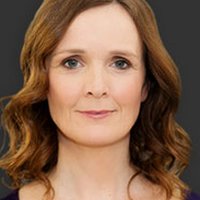 When you see the headlines 'We're disappointed', 'It's not enough' I think the Welsh government would accept themselves that at times they are seen and heard to say that too often.

The challenge has come from Stephen Crabb saying you've had this extra £104m, tell us what are your ideas for spending it, how are you going to improve the lot of people in Wales.

But conversely the Welsh government has a point in that they could start working on things and spend money and create jobs if the capital was there.

On Monday, Carwyn Jones called for £400m-plus. He hasn't got it but for the Welsh government what's worse is the lion's share of what they have got doesn't come for another two years and there are strings attached

"There's new money on the table and they need get on and spend it now.

"There's not a shortage of money for infrastructure in Wales."

The Wales Office added a £2,000 cut in national insurance bills for employers, also announced in the Budget, would benefit 35,000 business in Wales.

Conservative and Liberal Democrat politicians hailed a rise in the personal income tax allowance to £10,000 in April 2014 - a year earlier than planned.

The UK government says a further 12,000 people in Wales will pay no income tax as a result of the higher allowance - the income threshold at which people start paying tax.

Taken together, increases to the allowance since 2012 will have lifted 130,000 people out of income tax in Wales.

The Welsh Labour government should its additional funding "to get our economy moving and to tackle the extremely high unemployment levels we have in Wales", she said.

"This year, George Osborne's statement showed that he and the coalition are still wholly out of touch with the Welsh people, that their values are wrong and their moral compass corroded."

The president has given Microsoft 45 days to reach a deal or he will ban the app in the US.