Downing Street in London is home to one of the most photographed front doors in Britain.

But 130 mile (209km) away its lesser-known namesake, Downing Street in Newport, has no such claim to fame.

While one has been home to prime ministers for almost three centuries, the other has some residents who have never seen the inside of a polling station.

One is lined with armed police officers, the other with wheelie bins.

And according to Zoopla, there is a £1.72m difference in average property prices. 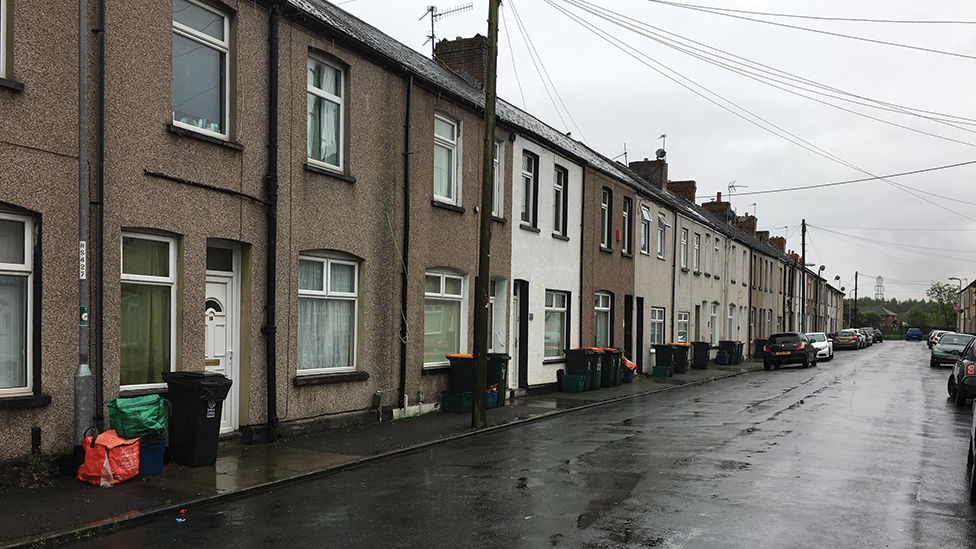 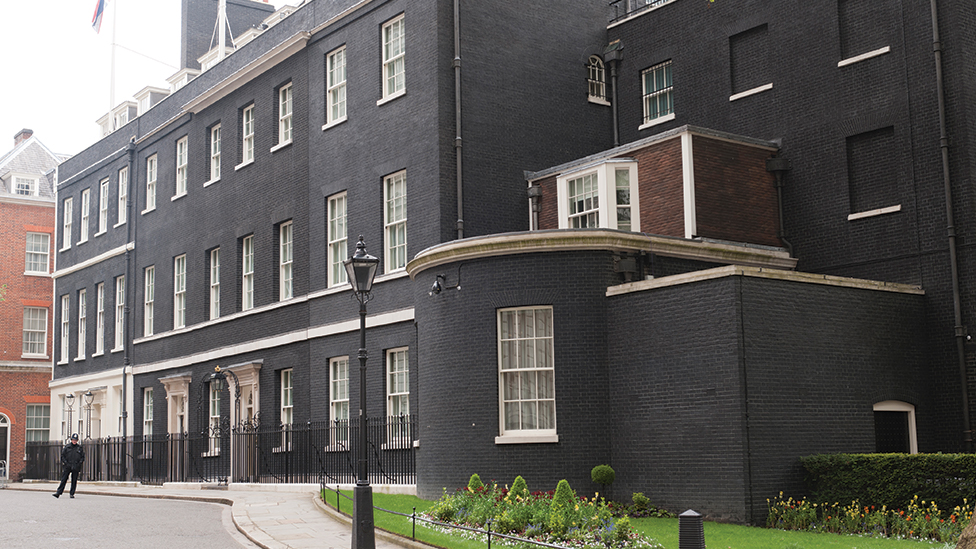 The street falls in the constituency of Newport East where Labour's Jessica Morden is seeking re-election. The Independents, Conservatives, Liberal Democrats, UKIP and Plaid Cymru are also fielding candidates.

Emma Lewis, 32, who lives on Downing Street, in the Newport suburb of Lliswerry, has never voted.

"It doesn't make any difference never mind who's elected, they're all just the same," she said.

And she believes politicians are self serving: "They're all out for themselves. It never changes anything for the better. The poor person always ends up out of pocket."

Across the road, Graham Jones, 70, does not have much love for a lot of politicians either.

"[The elections is] a chance to get rid of this stinking government that we've got," he said.

"The best thing that this country's got is the National Health Service. To see this Conservative government trying to privatise it so that their cronies can make more money is not on."

Mr Jones is a Labour supporter and has displayed a campaign leaflet in his front window.

He said when the snap election was called he felt "out of this world" and "totally elated".

"The National Health Service would be safe with a Labour government under Jeremy Corbyn," he said.

"Hopefully he'll add his weight and nationalise the industries from private ownership back into public hands such as the railways, our electric, gas, you name it. The quicker we get them renationalised the better."

Enter a postcode or seat name

Further down the street, Sayad said he "doesn't have a lot of interest in politics" but he likes the Labour party.

He is a Jeremy Corbyn fan: "I like him, he's a lovely leader, a good leader" and he thinks he is the man to improve the NHS and schools so will "definitely" give him his vote.

Another Downing Street resident, Stefan Kibbey, has previously voted for UKIP, Labour and Plaid Cymru but this time Theresa May is getting his vote.

He said Labour had become "too left wing" and he would have voted for UKIP but he is not a fan of the party's new leader Paul Nuttall.

"I don't think he's a politician. How he got elected as leader I don't understand," he said.

Despite voting for Plaid previously, he said his "politics have changed".

"I think you've got to be a bit soft in the head with their policies," he claimed. "God knows what the country would be like if they ever took over."

And despite liking a lot of the Green's policies he said: "In a general election I couldn't vote for them."

So he will vote to keep the prime minister in No 10: "I think [Theresa May] is carrying on Nigel Farage's work and I admire him very much."

He and his neighbour Ms Lewis share a disregard for politicians generally.

"I like some of them but most of them are just on the gravy train. They're career politicians and they get out of it as much as they can," he added.

Jason Barbour, 30, said he was "voting for change" and would vote Labour on Thursday.

"We need a change in this country. I'm looking for anything positive. Help for veterans, unemployed."

He has decided to vote Labour despite being unimpressed by Jeremy Corbyn: "I'm voting for my Wales minister, Carwyn Jones."

Wuhan, a city of nearly nine million, is to temporarily shut public transport amid the outbreak.