Russia Africa summit: What's behind Moscow's push into the continent?

Russia is hosting a major summit for dozens of African leaders this week, an indication of its growing role as a key player in the region.

The Soviet Union used to have a major presence on the continent but its economic and political clout waned in the post-Cold-War period.

President Vladimir Putin says the strengthening of ties with African countries is one of Russia's foreign policy priorities.

So just how important is Russia's role in Africa now? 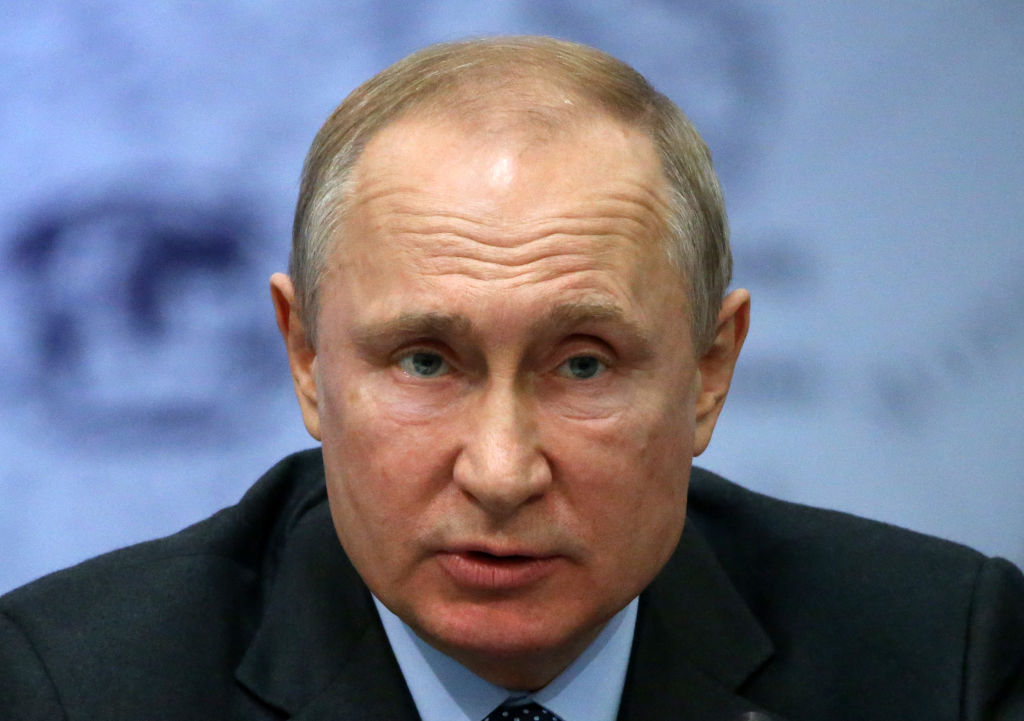 We do not impose our views, respecting the principle of "African solutions to African problems" proposed by the Africans themselves.

It's clear Moscow sees its presence in Africa in very broad terms, building on ties from Soviet times.

In an interview with the Russian Tass state news agency in advance of this week's summit, President Putin said: "Russian-African relations are on the up," and spoke about offering:

Russia has been boosting its political contacts in the region, with 12 African heads of state visiting Moscow since 2015 - six of them in 2018 alone.

And its ambitions have prompted some concern in key Western powers they are being outplayed by Moscow.

However, a recent editorial in the Washington Post talked of Russia "aggressively seeking deals and security relationships" while US influence in the continent continued to decline.

Russia is an important defence partner for Africa and the major supplier of arms to the region.

But Africa is not its biggest defence market - that's in Asia.

Between 2014-18, the African continent - excluding Egypt - accounted for 17% of Russia's major arms exports, according to the Stockholm International Peace Research Institute (SIPRI).

Of those 17%, most went to Algeria with the others worth less than 3% of total exports.

So, in terms of volume, defence exports to sub-Saharan states are small.

However, defence relationships are growing - and since 2014, military co-operation agreements have been signed with 19 African countries.

Russia's military and security ties extend beyond arms exports and sometimes involve the use of private mercenary groups.

For example, Russia has been active in the Central African Republic (CAR), officially helping to support the embattled UN-backed government against an array of rebel groups.

But private Russian military forces have also been working there, providing security to the government and helping safeguard key economic assets.

Russian mercenary activity has also been reported in neighbouring Sudan and Libya as well as in other countries, involving Wagner, a private military company said to have ties to the Kremlin.

Russian officials often play down these reports and it's difficult to establish the exact links between these groups and the Russian state.

They are often self-financing through their work guarding key resources and give the Russian state the chance "to expand its security presence and political influence in the country at virtually no cost and little risk", he says.

Russia has clear economic motives for involvement in Africa, as it has a shortage of some minerals such as manganese, bauxite and chromium, all of which are important for industry.

It also has experience in the energy sector it can offer to resource-rich states.

State-owned Russian companies have been mining bauxite in Guinea, cutting deals to extract diamonds from Angola and winning concessions to produce off-shore gas in Mozambique.

The private Russian energy giant Lukoil is reported to have projects in Cameroon, Ghana and Nigeria and be looking to acquire a stake in the Republic of Congo.

Russia is also offering nuclear power technology for several African countries, including the construction next year of the first nuclear plant in Egypt, financed by a $25bn (£19bn) loan.

But in terms of overall economic ties, Russia still does much more trade with Europe and Asia than with Africa.

And sub-Saharan Africa's most important trading relationships in 2017 were with India, China and the US - not Russia.

Also the US, China, Japan and the EU give far more development aid and invest more in Africa than Russia does.

"Russia is nowhere near restoring the status that the Soviet Union once enjoyed on the continent," Mr Stronski says.