The area controlled by Libya's embattled leader Col Muammar Gaddafi is shrinking, reports say, but Tripoli is still heavily guarded by his forces.

Opposition politicians and tribal heads have held a meeting in the eastern town of al-Bayda to show a united front.

Oil prices have hit their highest level since 2008 as many oil firms in Libya partly suspend production.

Thousands of foreigners are meanwhile still trying to flee Libya through ports, airports and overland.

The US, China and many European countries have sent in planes, ships and ferries to help people flee.

The town of Zuara, 120km (75 miles) west of Tripoli, has reportedly become the latest area to fall to the opposition. There are no police or soldiers left there, witnesses crossing out of Libya have told journalists on the border with Tunisia.

There is also gunfire reported on the streets of Zawiya, 50km west of the capital.

Thousands of people, many of them African migrants, also poured across Libya's land borders, in vans piled high with furniture and luggage.

British oil worker Bryan Richards was evacuated to Warsaw on what he was told was the Polish presidential plane.

He described Tripoli airport as "mayhem. No sanitation. Nothing to eat. People have been there for days".

He told the BBC: "We've come in on Tuesday from the desert. And we walked in to the terminal and couldn't believe what we could see. We couldn't see the end of the terminal for people."

The BBC's Jim Muir, at Libya's western border with Tunisia, says that most of the 3,000 to 4,000 people who crossed out of Libya on Wednesday were Tunisian or Egyptian migrant workers, not Libyans.

He says that Libyan border guards have been seizing cameras and mobile phones to prevent images getting out of the country.

Germany has sent three warships with 600 soldiers on board to the sea area between Malta and Libya, reports the German magazine Spiegel. About 160 German nationals are still in Libya, Spiegel says.

Oil prices have continued to climb.

Brent crude hit $119.79 (£74.08) a barrel in early Thursday trade, before falling back to $116.80. Oil firms - including Total, Repsol, OMV and Wintershall - have been suspending all or part of their production in Libya this week.

Opposition tribal leaders and politicians met in al-Bayda in the east to demonstrate a united front against Col Gaddafi in one of the first signs of organisation for a bigger fight against the government.

Former justice minister, Mustafa Abdel-Jalil, who recently resigned in protest at the violence against anti-government demonstrators, said there would be no talks with the Libyan leader and called for him to step down immediately.

In the eastern city of Benghazi, residents have been queuing to be issued with guns looted from the army and police in order to join what they are calling the battle for Tripoli.

A number of military units in the east say they have unified their command in support of the protesters.

The BBC's Jon Leyne, in eastern Libya, says Col Gaddafi appears to be in control of an ever smaller area, possibly readying himself for a last stand at his home in Tripoli.

Reports indicate the area around the capital is heavily guarded by loyalists, including armed militiamen in vehicles, our correspondent says.

The total number of deaths has been impossible to determine. Human Rights Watch says it has confirmed nearly 300 deaths, but the International Federation for Human Rights says at least 700 people have been killed, while Italian Foreign Minister Franco Frattini said estimates of 1,000 dead were "credible".

A French doctor working in Benghazi, Gerard Buffet, told the BBC the death toll there was at least 2,000.

He said Col Gaddafi's forces used jet fighters, mortars and rockets to fire on the opposition.

He said reports of deaths among protesters had been exaggerated, and international journalists would be allowed into Libya from Friday to see for themselves.

US President Barack Obama has denounced the Libyan government's actions as "outrageous and unacceptable".

He said he had ordered his administration team to prepare the "full range of options" for dealing with the crisis, but gave no details. 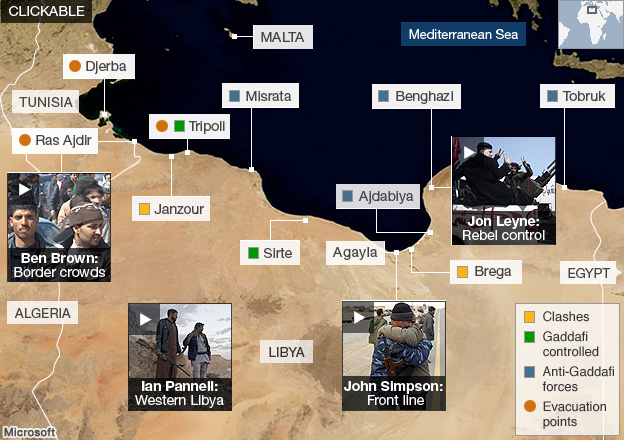 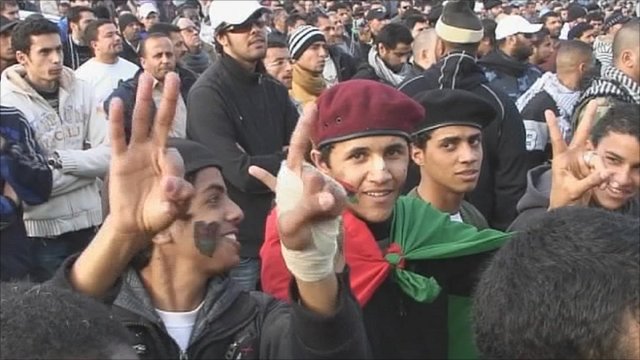 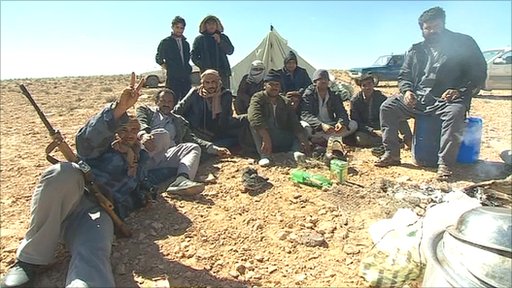 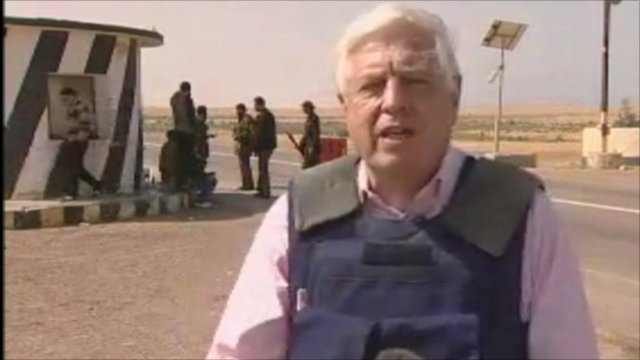 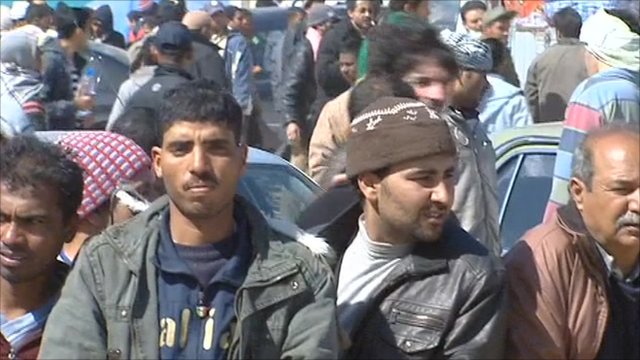 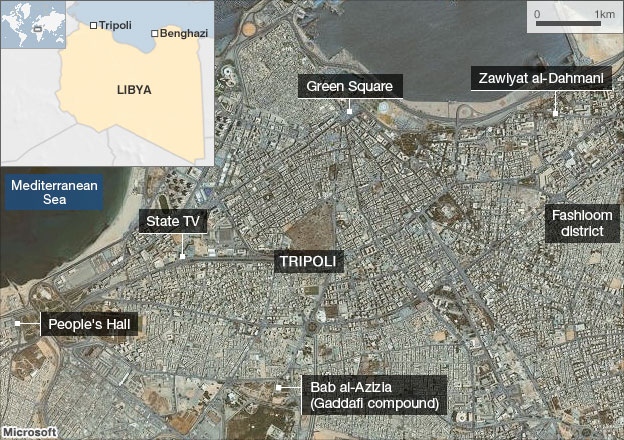 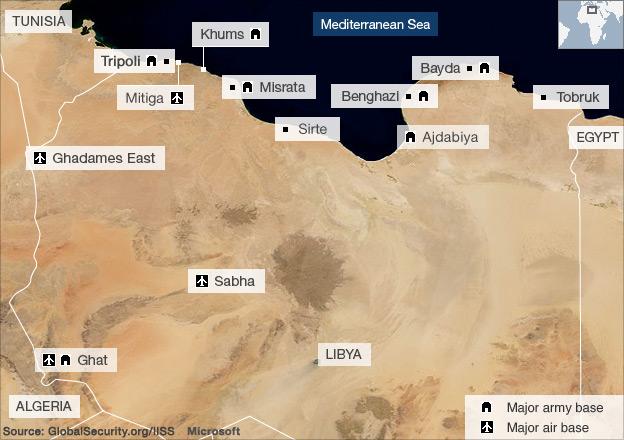 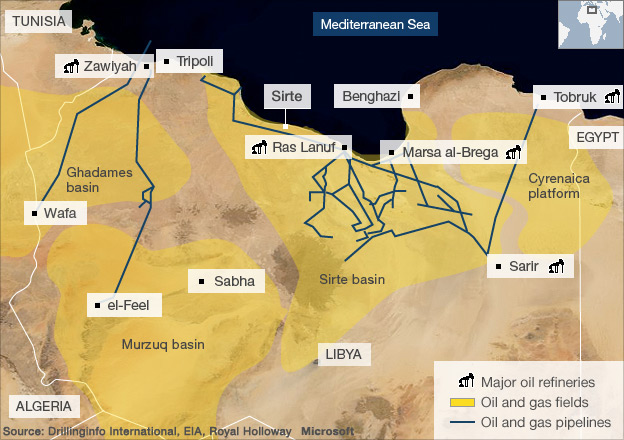