Fifteen countries in West Africa have agreed to adopt a single currency next year called the eco. Experts are divided on the impact it would have on the region's economy, especially in the eight member states which use CFA franc - which is backed by France.

Negotiations for the joint currency have been in the works for 30 years.

The Economic Community of West African States (Ecowas), the region's political and economic union, said the rollout will be gradual with countries meeting the laid-out criteria joining first.

Why does West Africa want a single currency?

Eight countries already use the CFA franc, which is pegged to the euro, and is guaranteed by France. The other seven have their own currencies, none of them freely convertible.

However, critics worry that Nigeria, the region's biggest economy, will dominate monetary policy and stall the projected benefits.

For economists Ferdinand Backoup and Daniel Ndoye, a single currency would prove a valuable instrument in the international monetary system:

"West African countries - like most other developing countries - are not immune to monetary shocks caused by policies implemented in the rest of the world," the pair wrote in a briefing note for the African Development Bank.

A single currency can offer a chance, they say, to put up a "collective and effective front" against these disruptions.

Will it really happen next year?

It looks extremely unlikely that all 15 countries will meet this target.

It is possible, although ambitious, that some countries will meet the current criteria for the 2020 deadline - the primary four being:

These criteria, along with two other secondary ones, are due to be assessed by Ecowas by the end of 2019.

One of the problems is inconsistency: countries could, for example, meet the criteria next year, and then fall behind the following year. 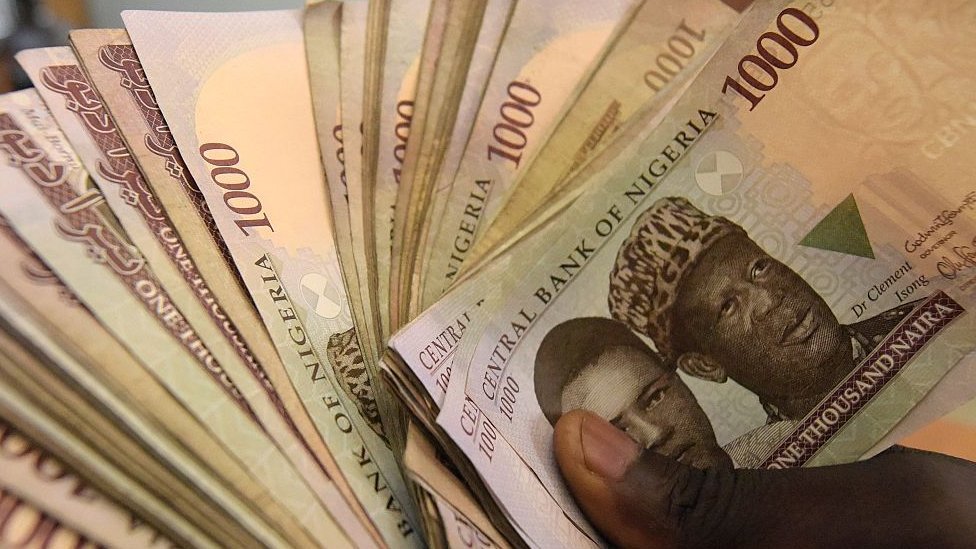 If goods can't move freely, how can we even talk about a single currency?

In 2016, only one country, Liberia, met all the six conditions, and no single criterion was met by all the countries.

"It's more about the process," he said. "Having a deadline pushes states to reach the criteria."

Mr Belinga says Ecowas might want to consider revising the entrance criteria, as long as they remain credible.

Ecowas has said adoption would be gradual though, so the countries that do meet the criteria can join, and the others can follow later.

If the goal is to boost trade, some analysts are sceptical that a single currency is key.

"We struggle in Nigeria alone to get produce from the north to Lagos, and to other southern parts where it can be consumed," said Sanyade Okoli, head of Alpha African Advisory.

"If goods can't move freely, how can we even talk about a single currency? she asked. "We need to address poor infrastructure, bureaucracy - the lower-hanging fruits first".

For Mr Belinga, the real impediment to trade in the region is not the lack of a single currency but that countries don't have much to trade.

"West African countries must transform their economies, with diversification and added value industries," he says.

"That's the real solution to face external shocks and volatility."

Currently, most countries rely on commodities whose prices are regulated on international markets.

For the economist, the single currency isn't "an end in itself".

Although talk of a political federation has not dominated the latest discussions, critics point at pitfalls of running a joint currency without a political union.

Economists Ferdinand Bakoup and Daniel Ndoye say the commitment of regional leaders should allay such fears.

"The creation of a presidential task force to monitor the single currency creation process, headed by the heads of state of Ghana, Nigeria and Ivory Coast and the Committee of Central Bank governors, is a glaring illustration," they said.

"What now remains is to transform this commitment by accelerating the implementation of reforms to help achieve this objective".

But despite their will to move forward, many also fear losing part of their sovereignty.

"As Africa's largest economy and most populous country, we cannot afford to rush into such agreements without full and proper consultation with all stakeholders," said Nigerian President Muhammadu Buhari.

The next Ecowas meeting in December is likely to whip up some of these concerns.

Won't it just be dominated by Nigeria?

Nigeria, whose oil-dependent economy accounts for two-thirds of the region's GDP, would dominate a future monetary union. Some economists have compared Nigeria to Germany's weight in the eurozone although Nigeria would be far more dominant in the eco.

For Ms Okoli, that could be problematic.

"We should have an honest conversation about how we feel about that," she says. "Germany had a measure of restraint coming out of World War II, but we don't have that in Nigeria," she said.

It is, however, less of problem and more of an opportunity, Mr Belinga argues.

"There's always a leader in a union and I think we should hope Nigeria will play that role positively. When you look at what they've done for their economy, I see that as a positive signal of good leadership".

"At the same time," he says, "Nigeria must see that this is an opportunity for them to access a massive market".

What about countries that use CFA franc?

Although some describe the CFA franc as a colonial relic, some analysts say that what's been driving growth in francophone countries like Ivory Coast has been high investment because of low interest rates which come from a stable currency guaranteed by France.

The Francophone countries might be hesitant to joining a union with countries that have much higher levels of inflation and interest rates.

But the appeal to cut colonial links and embrace the eco as an African project is strong.

"Even if it creates instability, that's normal," says Mr Belinga, "countries must disconnect from the franc", he adds.