The highlight was a single day in July, on which people across the country turned out to help with planting 350 million tree seedlings.

At the end of August, the government claimed to have just about achieved these goals. But is it really possible to plant that many trees in such a short time and what evidence is there that the overall target has been met? 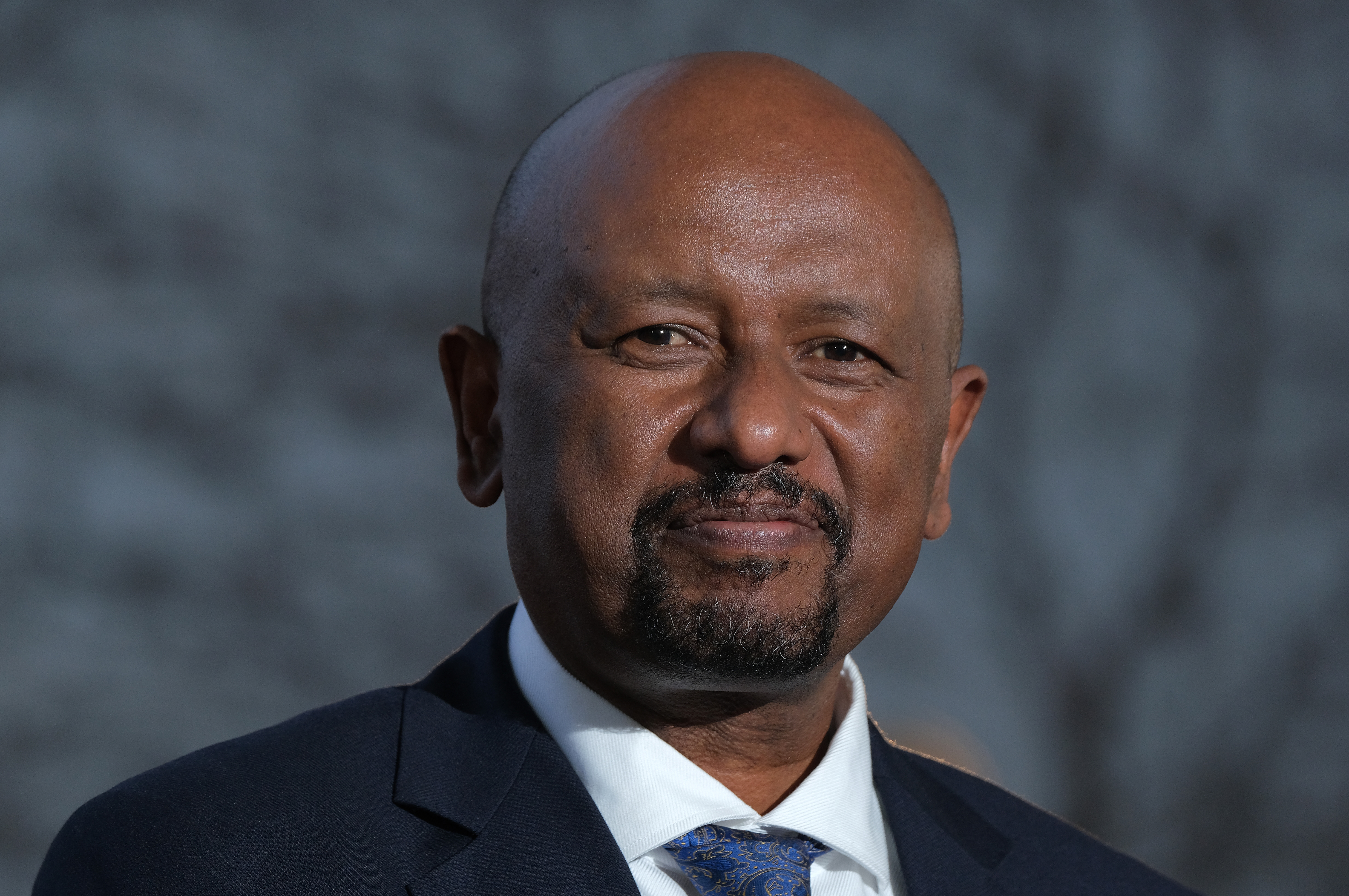 We have reached both targets that we have set for ourselves....We have also learned a lot from this project in terms of agro-forestry for the country.

The campaign, known as the Green Legacy Initiative, has been championed by the country's Nobel peace prize-winning Prime Minister, Abiy Ahmed.

Politicians around the world have pointed to Ethiopia as an example of what can be done to reforest their own countries and reverse the effects of both damaging farming techniques and climate change.

The Labour party pledged to plant two billion trees by 2040, the Conservatives at least 30 million more trees every year, and the Green Party 700 million by 2030.

Canada has plans to plant two billion trees over 10 years.

Ethiopia held a one-day tree planting event on 29 July, with an initial target to plant 200 million tree saplings across the country.

The government announced that the target had been exceeded, with more than 350 million planted over a 12-hour period. They gave a very precise number - 353,633,660 trees planted that day.

The government had promoted the day as an attempt at an official Guinness World Record (GWR). But GWR told the BBC they are yet to receive any evidence.

"We would encourage the organisers to get in touch with this for our records management team to review," said spokeswoman Jessica Spillane.

The prime minister's office declined to comment on the figures and the status of the record verification, saying the country has already answered most questions around the tree planting.

For more on what we were able to find out about this planting day, see our Reality Check article here.

Is it possible to plant four billion trees?

If you look at the three-month project to plant four billion trees, that's at least 45 million planted each day.

If you take into account the bumper planting day on which 350 million were claimed to have been planted, then that's just over 40 million every other day over the period.

The Ethiopian government's plan has been to plant the trees on 6.5 million hectares of rural land.

But that doesn't tell us anything about what was actually planted.

The only planting figures we have are provided by the Ethiopian government itself. According to these, just over 3.5 billion trees were planted in three months from June to August. A further 1.3 billion seedlings were grown, but not planted.

How do you count so many trees?

We can't count them all ourselves, but we did send one of our reporters to a newly-planted area to take some photographs of saplings, struggling in the arid conditions of the Tigray region in the north of country.

We contacted a satellite imaging company that works with high-resolution images, who told us that the newly planted saplings would be difficult to identify, their small crowns and narrow trunks largely indistinguishable from scrub or other cultivated land.

Tim Christophersen, a forestry expert at the UN, told us he had been encouraged by Ethiopia's commitment to reforestation, but could not give a verdict on its tree planting challenge.

"Ethiopia has asked the international community for support with planting, but more importantly with the maintenance and nurturing of the trees," he told the BBC, adding that the country has pledged to restore 15 million hectares of degraded forests and landscapes by 2030, as part of a global effort to tackle deforestation.

It seems clear that whilst Ethiopia's ambition to plant billions of trees has been praised by environmentalists, there has been no significant work done on evaluating exactly how many trees have been planted this year.

Part of the problem may be to do with the way the tree planting has been remunerated.

In July, the EU and the Ethiopian government signed a 36m euros ($40m; £31m) financing agreement to help the country grow greener.

Local organisations all across Ethiopia have been provided with funds to plant a set number of trees, and it is not too surprising to learn that they have been reporting a high planting rate to local officials who have then collated the figures at the national level.

Whatever the actual numbers, there's no doubt there has been a major effort on the part of the Ethiopian government to tackle very serious deforestation problems.

Half a century ago, Ethiopia had around 40% forest cover. Today that figure is 15%.

If the recent tree planting programme is to tackle this problem, the seedlings will have to be watered on a regular basis.

It will take a great deal of precious water in a country that already has a significant shortfall, but it could also create an environment better suited to retaining water.

Fifteen more people have died from the virus in China, as the country celebrates Lunar New Year.