Women are still routinely being cut out of their parents' inheritance in parts of south-eastern Nigeria, despite a Supreme Court ruling that it is discriminatory.

After Onyinye Igwe lost her father two years ago, life became financially difficult for her even though he was a relatively wealthy man, leaving behind houses, land and money in the bank.

Her father, like most men in this conservative country who are superstitious about writing a will, died intestate so the duty of sharing out his estate fell to his children.

Despite being the first child, Ms Igwe, 29, and her five other sisters received nothing - everything went to the three men in the family as is the custom among the Igbo people.

"The men [her brothers] claimed all that our father had.

"They told us [women] that we are going to get married into another person's home so we don't have to inherit anything from our father. Because that's the tradition, we didn't fight with them," she told the BBC.

As a result, she could no longer afford to go to university and now runs a small business selling cooked noodles in Abagana town in south-eastern Anambra state.

'Here the men take it all'

Not far from where she lives I met Evelyn Onyenokwalu, the first child in a family of four.

When her father died, her only brother - the last child in the family - inherited the father's entire estate, including the family house.

"So many people got involved before my brother gave me one room [in the family house] and he said I should not be locking the door.

"There was a time I was broke because my brother rented some of the rooms and did not give me a share from it," she said.

Her brother, Oscar Nonso, a musician who now runs a poultry business in the compound he inherited, said he had done nothing wrong and had only followed the tradition of his people.

"Here the men take it all, they give to their women whatever they wish," he said.

'You're saying girls do not belong'

The Nigerian constitution prohibits such gender-based discrimination but many Igbo people still stick to their traditions.

In most families, property left behind by fathers is divided among male children - the size of each person's share is determined by age so older siblings tend to get more - and women are excluded. In some cases where shares are given to women, they are limited to things owned by their mothers and cannot inherit lands and houses.

Many Igbos believe that ancestral family land should not be inherited by women as they are expected to leave the community when they get married, while men remain to carry on the family heritage. There is also the fear of husbands gaining access to a family's land through marriage if women are allowed to own land.

Family houses are seen as the exclusive inheritance of male children in order of seniority - this comes from a time when an Igbo man lived separately from his wives and children within the same compound in a house called the obi. At his death, the obi said to contain religious artefacts passed on to the first male child. Where there were no male children, it passed on to other male members of the extended family, but not the man's wife or daughters.

But not all women are putting up with this tradition. 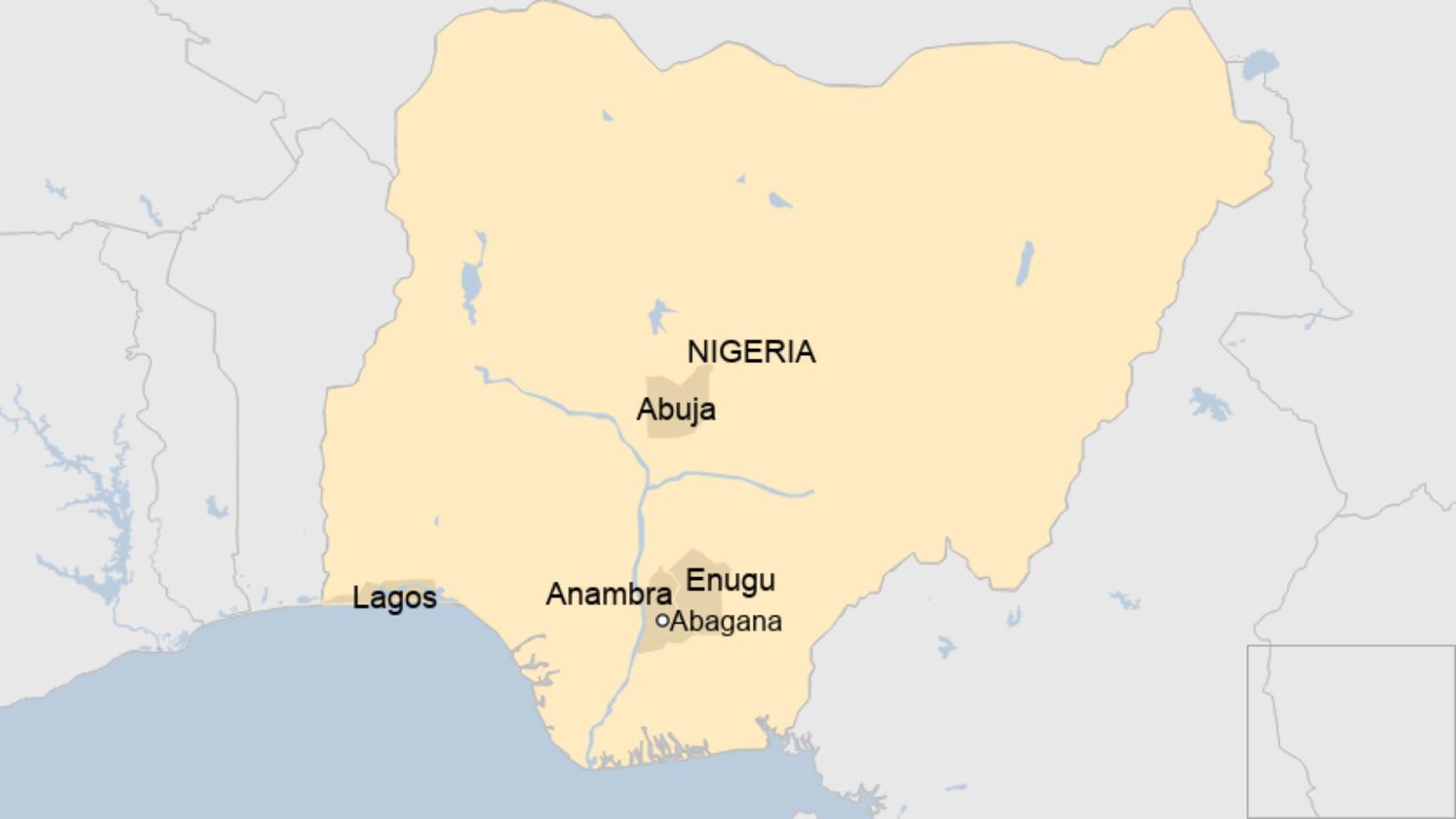 A landmark case that lasted more than 20 years was resolved in 2014 in favour of a woman who took her family to court for disinheriting her.

Nigeria's Supreme Court ruled that it was discriminatory to exclude female children, "whatever the circumstances of their birth" from sharing in the parents' estate and that the Igbo custom, which conflicted with the constitution, was therefore illegal.

But not much has changed despite that ruling.

Egodi Igwe (no relation of Onyinye Igwe) of Women Aid Collective (Wacol), an NGO that provides free legal representation to women who choose to challenge disinheritance in court, said her organisation receives hundreds of cases each year.

"The cultural norms and cultural inhibitions that enable these harmful practices are still very much alive in the communities.

'Women must take the decisions'

Disinherited women have the option of going to court, but the expensive legal process can last decades and might create family rifts, so they approach local chiefs - who are usually men - and relatives to seek redress which they rarely get.

"It's very difficult for change to happen at that setting as long as men are dominating in such political spheres," said Egodi Igwe.

"If there must be change, women must be part of the decision-making bodies," she said.

Ending the practice would require the help of the region's influential kings, who can abolish the tradition, but most of them say it is a custom that cannot be changed.

Igwe Chiwendu Onuoha, the traditional ruler of Eke in Enugu state, thinks it is not discriminatory to disinherit women.

"Men are the custodians of the land and the culture," he said.

He added that communal lands were also usually only given to male members of his community.

"It is these men that take care of the communities. When there is [a] fight, it is them that do the fighting, if there's any dispute talking about culture it is the men that do it.

"Culturally it is not discriminatory. It is the custom of the community, I don't see any discrimination there," he said.

'Men and women are created equal'

Although the practice remains widespread in the region, some communities have abolished it.

Igwe Godwin Ecko is one of the few kings who has put an end to the custom in his Ihe kingdom, also in Enugu.

"We believe that men and women are created equal so to deny them [women] certain things is wrong.

"In my community women can inherit things, even land. We don't even allow extended families to collect properties from women who have no sons," he said.

That was not the case until he became king in 1993 and insisted on changes to the surprise of many.

"People said I was going to get into trouble for changing tradition, but nothing happened," he said.

'I can't quarrel with my brothers'

Activists say that not being allowed to inherit is just one way in which culture is used to discriminate against women such as shaving the head of a widow, female genital mutilation or not letting women own communal land.

Land and houses are potential sources of capital and by excluding women, the cycle of economic disadvantage that has existed for centuries is perpetuated, they say.

In addition to the law, experts believe men, especially fathers, have an important role to play in changing the system.

"With all the family conflict going on with girl child disinheritance, I think men should begin to think about how to make sure their family does not fall into this sort of predicament when they die," said Egodi Igwe.

She believes that the solution lies in parents writing wills, or as is acceptable in Igbo culture, [fathers] letting their relatives know how they want their property shared when they die.

It is a point Onyinye Igwe agrees with.

She said she bears no ill-will towards her brothers and does not intend to go to court to challenge the inheritance.

"If my father divided his property I don't think things would be like that.

"I can't quarrel with my brothers, they are still my blood," she said.