One of the strongest typhoons ever to hit land has slammed the Philippines, forcing millions to take shelter.

Packing sustained winds of up to 320 km/h (199mph), Typhoon Haiyan left at least four people dead, but it may be days before the full damage is known.

The storm ripped apart buildings and triggered landslides as it ploughed across the country's central islands.

Officials said more than 12 million people were at risk, but the storm's rapid passing could limit its impact.

"We expect the level of destruction caused by Typhoon Haiyan to be extensive and devastating, and sadly we fear that many lives will be lost," said Save the Children's Philippines director Anna Lindenfors. 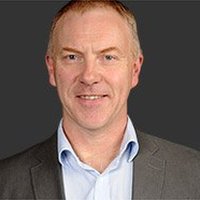 The Philippines has experienced more than its fair share of super typhoons over the past decade, according to experts. There were at least three of these powerful events in nine of the 10 years between 2002 and 2012.

The islands are unlucky, scattered along the world's most active typhoon belt where plentiful supplies of warm water and moist air provide the energy to kick start super storms.

Despite these factors, Haiyan has shown a number of unusual features which have increased its strength. Normally the walls of the storm that rotate around the eye are replaced as it moves, often weakening the wind speed. In the case of Haiyan this hasn't happened.

Another factor has been the speed of this typhoon. Going so quickly, it hasn't stirred up the waters ahead of it. Slower storms churn up the waters, causing an upwelling of colder water that usually takes the energy from the storm.

However Haiyan has now lost energy over land and is expected to move on to Vietnam as a Category 3 Typhoon in the next few days.

Eduardo del Rosario, head of the disaster response agency, told the Associated Press that early evacuations and the speed at which the typhoon swept across the Philippines, may have helped reduce its destructive potential.

Lt Gen Roy Deveraturda, a military commander, echoed this view, telling the AP: "It has helped that the typhoon blew very fast in terms of preventing lots of casualties."

Meteorologists had earlier warned that the storm could be as devastating as Typhoon Bopha in 2012, which ravaged parts of the southern Philippines and left at least 1,000 people dead.

Haiyan - equivalent to a category five hurricane - is now heading towards Vietnam and southern China.

There were reports of buildings being ripped apart, flash floods and landslides. Schools and offices were closed, while ferry services and local flights were suspended. Hospitals and soldiers were on stand-by for rescue and relief operations.

Power and communication lines were also cut to some areas.

Haiyan raged across Leyte and Samar, turning roads into rivers, and battered Cebu city, the country's second largest with a population of 2.5 million.

The eye of the storm - known locally as Yolanda - passed well to the south of the capital Manila, but the city still felt its force.

"The wind here is whistling. It's so strong and the heavy downpours are continuing," Mai Zamora, from the charity World Vision, in Cebu, told the BBC.

"We've been hearing from my colleagues in [the city of] Tacloban that they've seen galvanised iron sheets flying just like kites."

"It was frightening. The wind was so strong, it was so loud, like a screaming woman. I could see trees being toppled down," Liwayway Sabuco, a saleswoman from Catbalogan, a major city on Samar, told AFP news agency.

Former BBC Manila correspondent Kate McGeown says that while reports are now coming in from some of the affected cities, there was still very little information from the countryside in large areas of the Visayas region such as Negros and Iloilo, and the island of Mindoro.

There were reports of substantial damage even in areas that missed the worst of Haiyan, the 25th tropical storm to enter Philippine territory this year.

"The storm was very strong - although Surigao City was not directly hit we experienced its fury early this morning," said Protestant pastor Diosdado Casera in Surigao City in north-east Mindanao .

"The big buildings made of concrete were fine, but the houses made of wood and shingles and plywood have suffered a lot of damage, mainly to their roof."

A spokesperson for the British Red Cross, Nichola Jones, who is in Tagbilaran on the central island of Bohol, said the typhoon had cut power and torn off roof tiles, but was "not too bad".

"But I think to the north - that's the area that has borne the brunt. Those were the areas worst hit by the earthquake last month."

"In Cebu they have had quite a battering and I spoke to our colleagues and they've had quite strong winds and are locked down in their hotels. They are waiting to see what the situation is."

Jeff Masters, meteorology director at the private firm Weather Underground, said in a blog post that the damage from Haiyan's winds must have been "perhaps the greatest wind damage any city on Earth has endured from a tropical cyclone in the past century".

Our correspondent says that, while the country is better prepared than for previous storms, it is not clear whether even buildings being used as storm shelters can withstand these winds.

In its path are areas already struggling to recover from a deadly 7.3-magnitude earthquake last month, including the worst-hit island of Bohol where about 5,000 people are still living in tents.

Trump threatens to send in army to end unrest

Why do some protests turn violent?

Three ways black people are unfairly treated in US

An athlete, friend and father - who was George Floyd?

How Europe's art world is unlocking its doors

What's it like to be laid off over Zoom?