Lion Air JT610 crash: What the preliminary report tells us

Indonesian investigators have released a preliminary report on the Lion Air flight JT610 that crashed on 29 October, killing 189 people.

It details what is known by the authorities about the short time the Boeing 737 Max plane was in the air, but does not give a definitive cause for the accident.

The full report is not expected until next year - but here's what we know so far.

There were serious technical problems on previous flights

The air flight maintenance log showed six problems had been identified on the plane since 26 October, including errors with its airspeed and altitude information displays.

The plane's angle-of-attack sensor - that measures the angle between the wings and the flow of air - encountered problems and was replaced the day before the crash.

But, according to the preliminary report, problems continued.

In the most recent flight before the crash, from Denpasar on Bali to Jakarta, the pilot issued a "Pan Pan" call - an urgency signal that is one level below "Mayday".

The crew said that the aircraft was operating in abnormal conditions due to instrument failure.

However, they managed to land the plane safely after requesting an uninterrupted descent, and the problems were logged.

The preliminary report says that the stick shaker - a warning device that alerts flight crew when their plane is at risk of stalling - was active throughout the flight.

This was an "un-airworthy condition" and the flight should not have continued, it said.

What happened on flight JT610?

Both the pilot and co-pilot were experienced - the pilot had over 6,000 flying hours, while his second-in-command had more than 5,100 hours.

According to the preliminary report, this is what happened after the plane took off.

The plane's flight data recorder has been retrieved but authorities are yet to locate the cockpit voice recorder which could provide more information about how the pilots reacted.

The wreckage was identified 370m (1,200ft) from the last recorded aircraft position, and the damage to the aircraft suggested a high energy impact, the report said.

How serious were the technical problems?

Investigators say it is too early to conclude what caused the crash.

Nurcahyo Utomo, aviation head at the National Transport Safety Committee, told the BBC that "several problems occurred simultaneously" during the flight, including problems with measuring air speed and altitude, and with the stick shaker.

There appeared to be particularly serious problems with the anti-stall system.

Anti-stall systems prevent a plane from pointing upwards at too high an angle, where it could lose its lift.

However, during flight JT610, the plane's automatic anti-stalling system repeatedly forced the plane's nose down, even when the plane was not stalling - possibly due to a faulty sensor.

Pilots tried to correct this by pointing the nose higher, until the system pushed it down again. This happened more than 20 times.

Was there a problem with the aircraft design?

The report does not reach any conclusions.

One of the victims' family are suing Boeing, and accuse the aircraft manufacturer of failing to inform the pilots of the new anti-stalling feature on its 737 Max plane system that could "push the nose down unexpectedly".

Boeing has said that "the 737 Max is as safe as any airplane that has ever flown in the skies" and that "the appropriate procedure to address unintended horizontal stabiliser movement" is contained in the relevant flight manuals.

The correct procedures appeared to have been followed in the Denpasar flight before the crash, it said.

However, Nurcahyo Utomo told the BBC: "We haven't found the information in the manual relevant to the new feature to the 737- MAX, related to the feature for the stall prevention system."

If the automatic system kicked in and "the pilot didn't know what was happening", there was a risk it would confuse the pilots, he added.

Did anything else go wrong?

The report has recommended that Lion Air improve its safety culture, to enable pilots to make proper decisions - including deciding to discontinue a flight if the plane becomes un-airworthy.

It also stressed that operational documents should be properly filled in - pointing out that the JT610 weight and balance sheet said five flight attendants were on board, when actually there were six.

How safe is Lion Air? 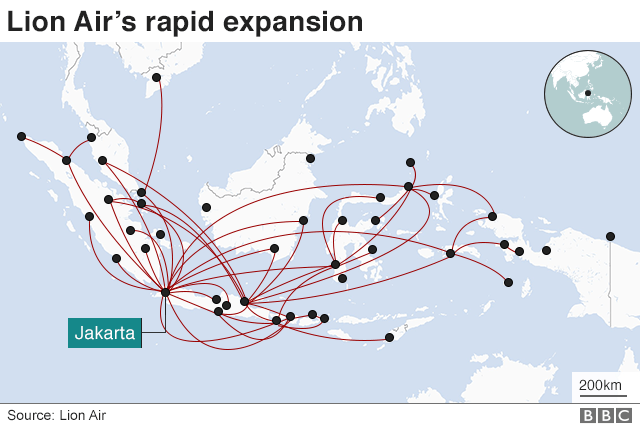 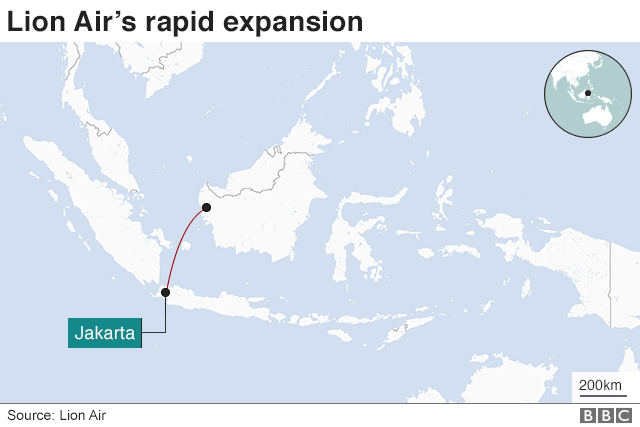 The airline, which also operates Batik Air and Wings Air, has a dubious safety record, though, and has had more accidents than other airlines in the country.

Overall, Indonesia's aviation safety record has improved a lot since the days when even its national carrier Garuda was blacklisted from European and US airports over safety concerns.

Ex-officer charged in US death of unarmed black man

An ex-police officer in Minneapolis is detained over the death of unarmed black man George Floyd.