Four men found guilty of the gang rape and murder of a woman on a bus in Delhi in 2012 are due to be executed on 22 January, pending last-minute legal appeals.

Indian courts continue to hand down death sentences for the most serious crimes, although no executions have been carried out since 2015.

Other nations have much higher rates of capital punishment than India, with four countries accounting for most of the recorded executions in 2018.

But globally, the number of executions has been falling, and last year saw the fewest in a decade, according to the human rights group Amnesty International.

What crimes does India punish with the death sentence?

Most death sentences were imposed for murders, and murders involving sexual violence, at 45 and 58 respectively in 2018.

In India, these sentences can been be handed out under various sections of the Indian Penal Code (1860).

There are also 24 other state and central laws which contain provisions for the death penalty. 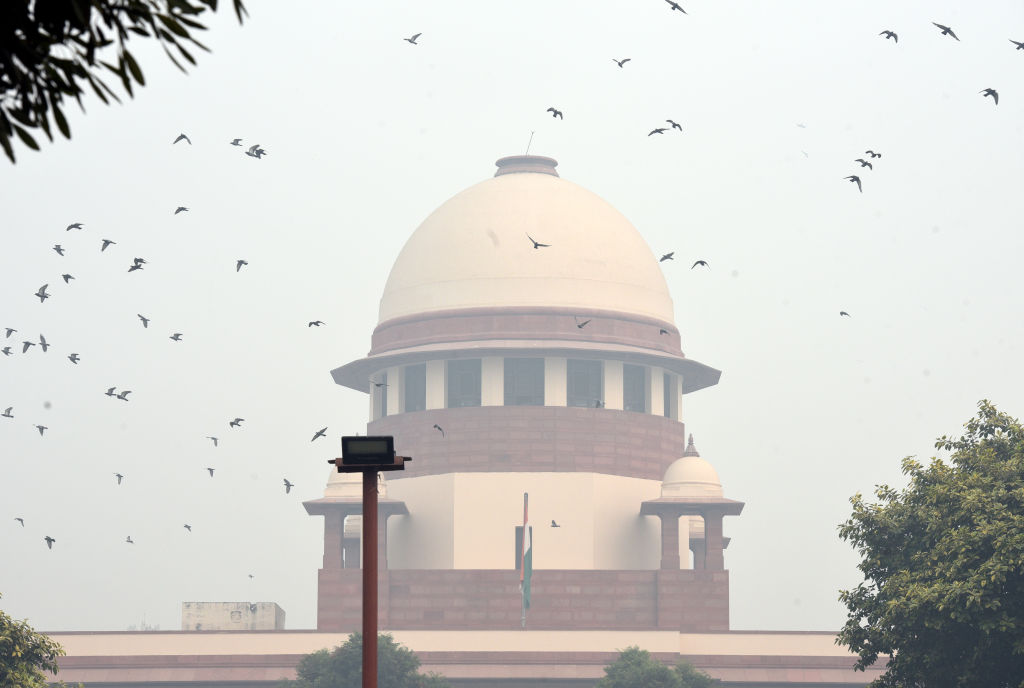 Since independence in 1947, the majority of executions have been carried out in Uttar Pradesh state, according to the National Law University in Delhi.

That state has executed a total of 354 people, with the next highest number being Haryana with 90, and Madhya Pradesh with 73 executions since independence.

The data shows that in 2018 alone, the courts imposed 162 new death sentences - 50% more than the previous year and the highest in nearly two decades.

The number of death sentences handed out by courts in India in 2018 for murders involving sexual violence jumped by 35% from the previous year, driven partly by changes in legislation.

In contrast, more than 250 death sentences were known to be handed out in Pakistan last year, and there were more than 229 in Bangladesh.

Who executes most people globally?

Amnesty International, which campaigns against the death penalty, says 690 executions were known to have taken place last year, a drop of more than 30% compared with 2017.

In 2018, nearly 80% of all recorded executions took place in just four countries:

In a rare official comment, Vietnam confirmed in November last year that it had carried out 85 executions. In previous years, Vietnam has not revealed the number of executions.

The Asia Pacific region saw a more than 46% increase in the number of executions last year compared with 2017, largely down to the figures from Vietnam. Japan executed 15 people, Pakistan at least 14, and Singapore 13. Thailand also resumed executions for the first time since 2009.

And in the US, for the second year in a row, there were slightly more executions than the previous year - 25 compared with 23 in 2017.

But there are some caveats to the figures:

Amnesty says its figures for the use of the death penalty are therefore likely to be an underestimate.

Who has most people on death row?

There are limitations to the data and it is not available for every single country.

The largest number known about in 2018 was in Pakistan - more than 4,864 cases. Research by a Pakistani rights group this year said that the average prisoner spends 10 years on death row before any appeal gets to the country's top court.

There were more than 1,500 people on death row in Bangladesh, Amnesty International says.

India had 426 people on death row at the end of last year, according to National Law University data. More than half of these were convicted of murder, and a further 21.8% of murder with rape.

By the end of 2018, more than half of all countries had abolished the death penalty in law or in practice - up from 47% a decade ago.

In 2018, Burkina Faso abolished capital punishment, and both Gambia and Malaysia declared official moratoriums on executions.

The US state of Washington declared the death penalty unconstitutional, bringing to 20 the number of US states that have abolished capital punishment.

The star's 13-year-old daughter, Gianna, was also among the nine killed in the helicopter crash.

'I never thought I'd be adopted aged 17'