President Trump kicked off a visit to India with an address to tens of thousands of people in a cricket stadium in Ahmedabad, in the state of Gujarat.

The speech praised India's Prime Minister Narendra Modi and highlighted the success of recent policies to improve the country.

We looked at some of the claims.

Claim 1: Trump said: "Since the turn of the century, the size of the Indian economy has grown over six times in size."

Reality check: Measured in terms of GDP - the sum of the value of goods and services produced in the economy - President Trump is correct.

India became the world's fifth largest economy in 2019, according to data from the IMF's World Economic Outlook. 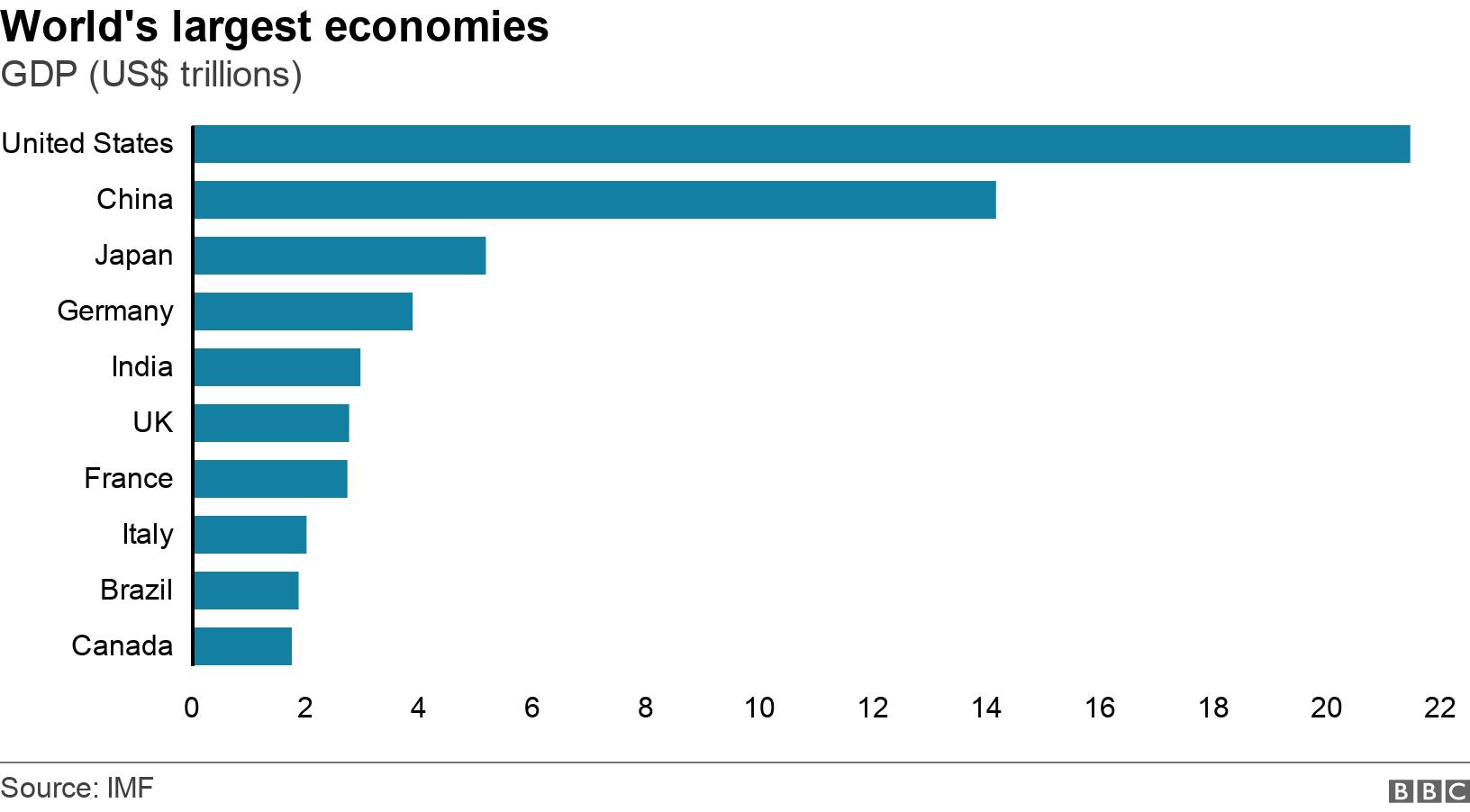 Claim 2: "In a single decade, India has lifted over 270 million people out of poverty."

Reality check: According to a 2018 UN report, there were 271 million fewer people living below the UN-defined poverty index in 2016, than ten years earlier.

However, this same report notes that despite the gains in reducing poverty "364 million Indians continue to experience acute deprivations in health, nutrition, schooling and sanitation."

It also notes that about a quarter of all those defined as living in poverty are under the age of 10.

Claim 3: "Under Prime Minister Modi, for the first time, every village in India has access to electricity."

Reality check: In 2018 the Indian government announced that it had reached its target of providing every Indian village with electricity.

However, it's important to know what this actually means.

The government defines a village as fully electrified if 10% of its households, as well as public places such as schools and health centres, are connected to the grid.

We checked this claim in full during last year's elections in India.

Claim 4: "The pace of highway constructions has more than doubled."

Reality check: It's true that the total length of highways increased significantly after Mr Modi's BJP party came to power.

The government built about 10,000km of highway in 2018-19. This is more than double the amount built in the last year of the previous Congress administration in 2013-14. 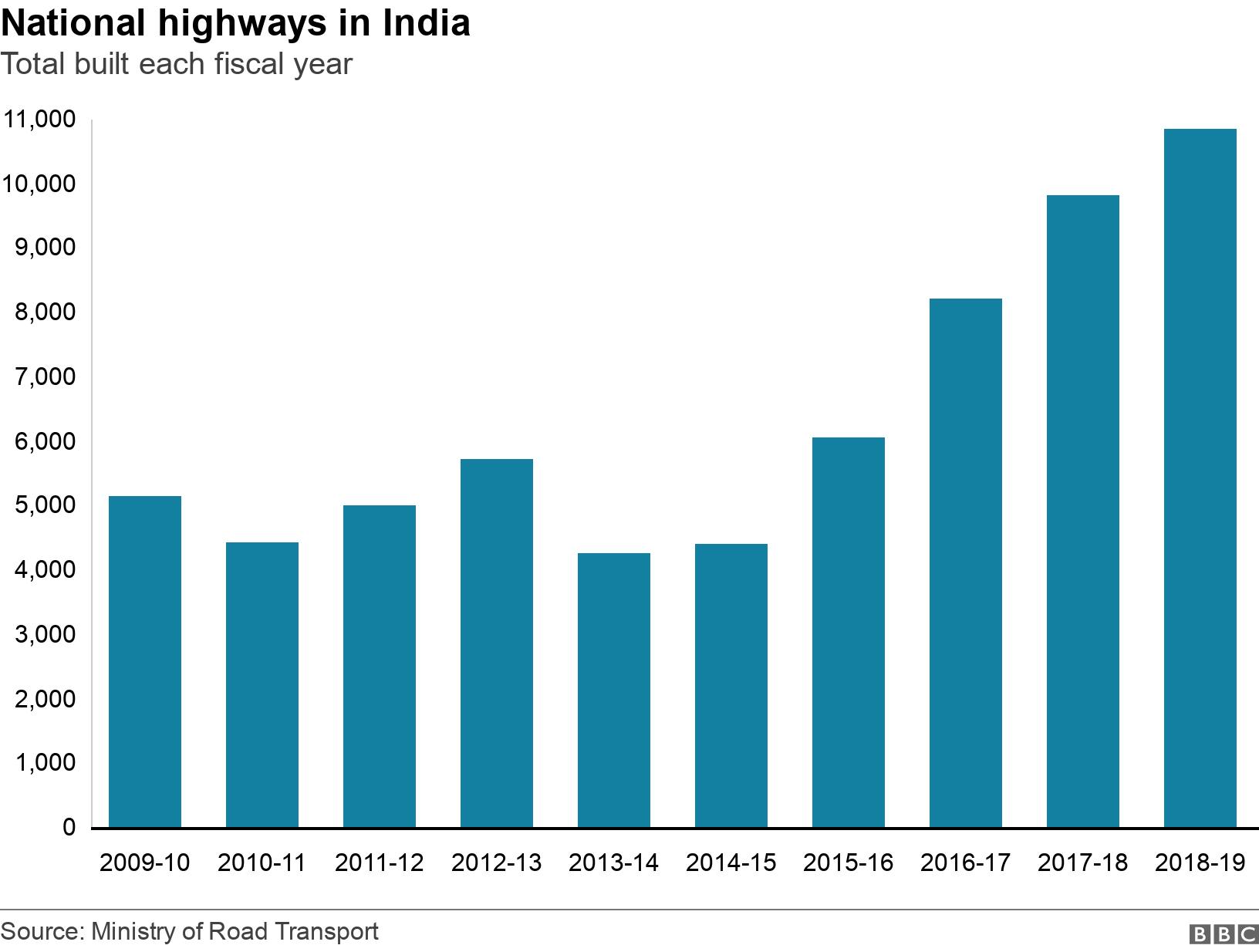 The government set a similar target for this year. As of November 2019, 5,958km have been built.

Reality Check has looked in-depth at the BJP's record on building roads.

Reality check: It's not entirely clear what internet connection refers to here. There are now more than 600m internet subscribers in India - a measure of internet use published by the Telecom Regulatory Authority of India.

This figure has grown enormously in recent years, surpassing the 320m figure mentioned by President Trump. 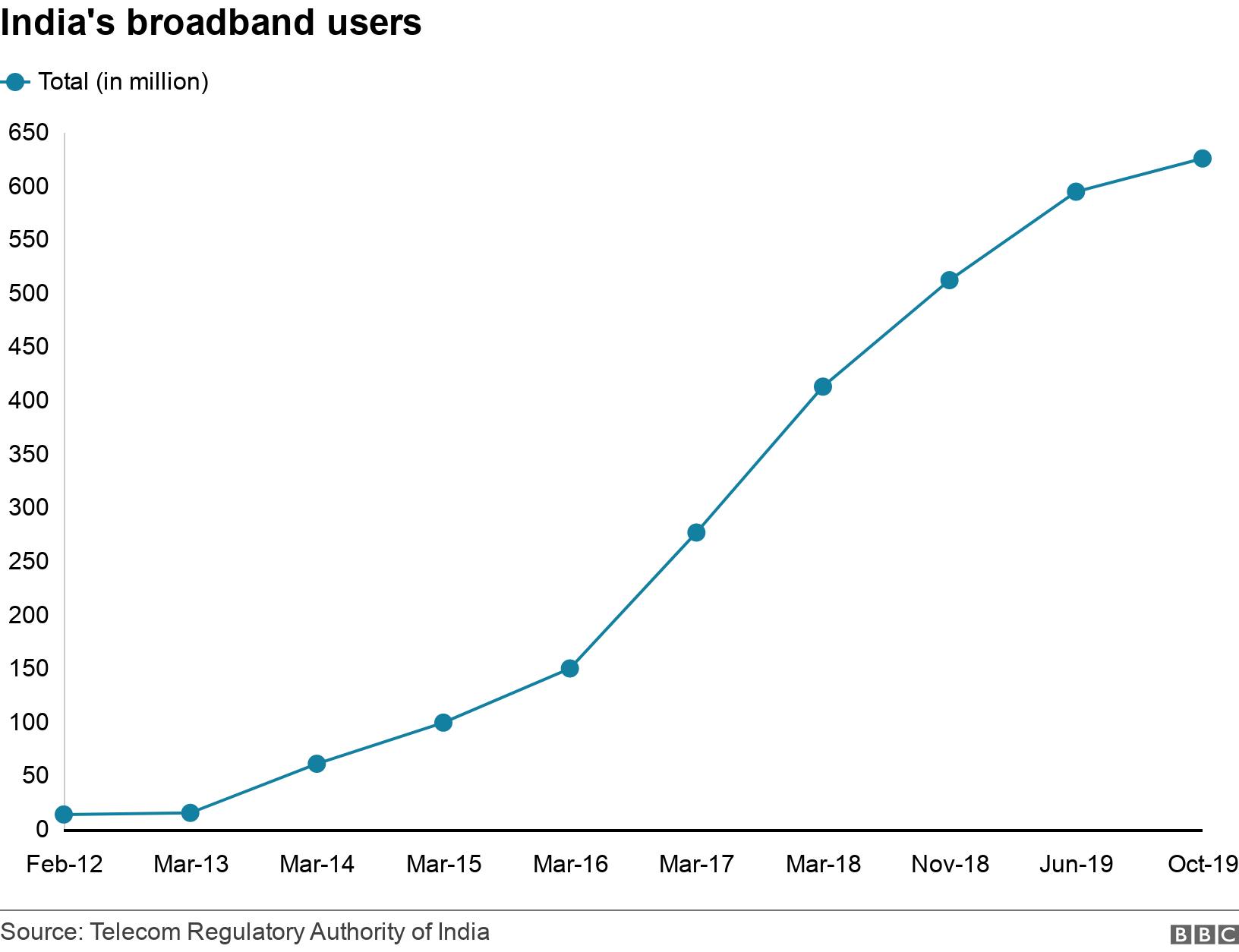 However, you're much more likely to have access to the internet if you live in a city rather than in the countryside - where most Indians live. There's also a gender disparity.

Women are 50% less likely to use mobile internet than men, according to a 2019 study.

Last year, Reality Check found that an ambitious project to establish the internet across rural India made strong progress early on, but was struggling to meet targets.

The government built toilets for households with no access to basic sanitation facilities under this scheme.

Latest figures from the Department of Drinking Water and Sanitation show that more than 100 million toilets have been built. We can't assess the figure of 600m, but every toilet would probably be used by multiple people.

Reality Check has shown that rates of open defecation have fallen, although UN data indicates that the practice is still widespread.

Claim 7: "70 million more households, think of this, have access to cooking fuel."

Reality check: Cooking gas was provided to poor households under a scheme launched by Prime Minister Modi in 2016.

Under this scheme, 50 million liquefied petroleum gas (LPG) connections were to be provided to families below a certain level of income, with additional financial subsidies provided to refill cylinders for three years.

According to the website of the Ministry of Petroleum and Natural Gas, the Indian government fulfilled its target, and more than 80 million connections have been established as of September last year.

In our own assessment last year, Reality Check found that the success of the project has been hampered by the high cost of having cylinders refilled.