Pro-Moscow authorities on the Crimean peninsula are holding a referendum on whether the region should secede from Ukraine and join Russia.

Ukraine's interim government, the EU and the US have condemned the move as "illegal".

A copy of the 16 March ballot paper - released by the Crimean parliament - appears to give voters two choices: to join Russia immediately or gain greater autonomy within Ukraine.

See the document below to find out more: 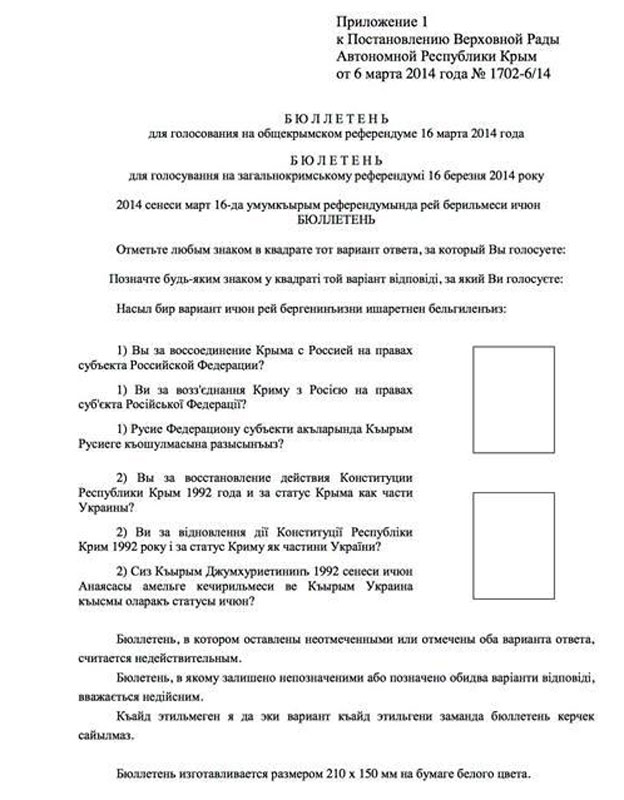 There is also a referendum website that carries a mechanism to vote online.