A really simple guide to the European elections

Voters across the EU go to the polls on 23-26 May to elect more than 700 MEPs - members of the European Parliament.

MEPs can represent a national political party or they can stand as independents. They each represent a region of their home country.

The last European elections were held in 2014.

What does the European Parliament do?

The parliament is the only directly-elected EU institution.

The parliament is elected using a system of proportional representation. Seats are awarded to parties in direct proportion to their share of the vote.

After the MEPs are elected, most join bigger political groups in the EU parliament.

In the outgoing parliament - 751 seats in total - there were eight big political groups. The largest was the centre-right European People’s Party (EPP), with 217 seats. Next came the centre-left Socialists and Democrats (S&D), with 186 seats.The other groups were: European Conservatives and Reformists (ECR), including the UK Conservatives, with 76, the liberals (ALDE - 68 seats), a left-wing group (GUE/NGL - 52), the Greens (52) and two nationalist, Eurosceptic groups (78 total) plus independents (21).

The main job of the EU parliament is to pass laws, working with ministers from the member states, who are collectively known as the Council.

Together with the European Parliament, the Council of the European Union is the main decision-making body of the EU. The Council approves a law if there is a qualified majority: at least 55% of members (16 out of 28 states) and representing at least 65% of the EU population.

End of the Council 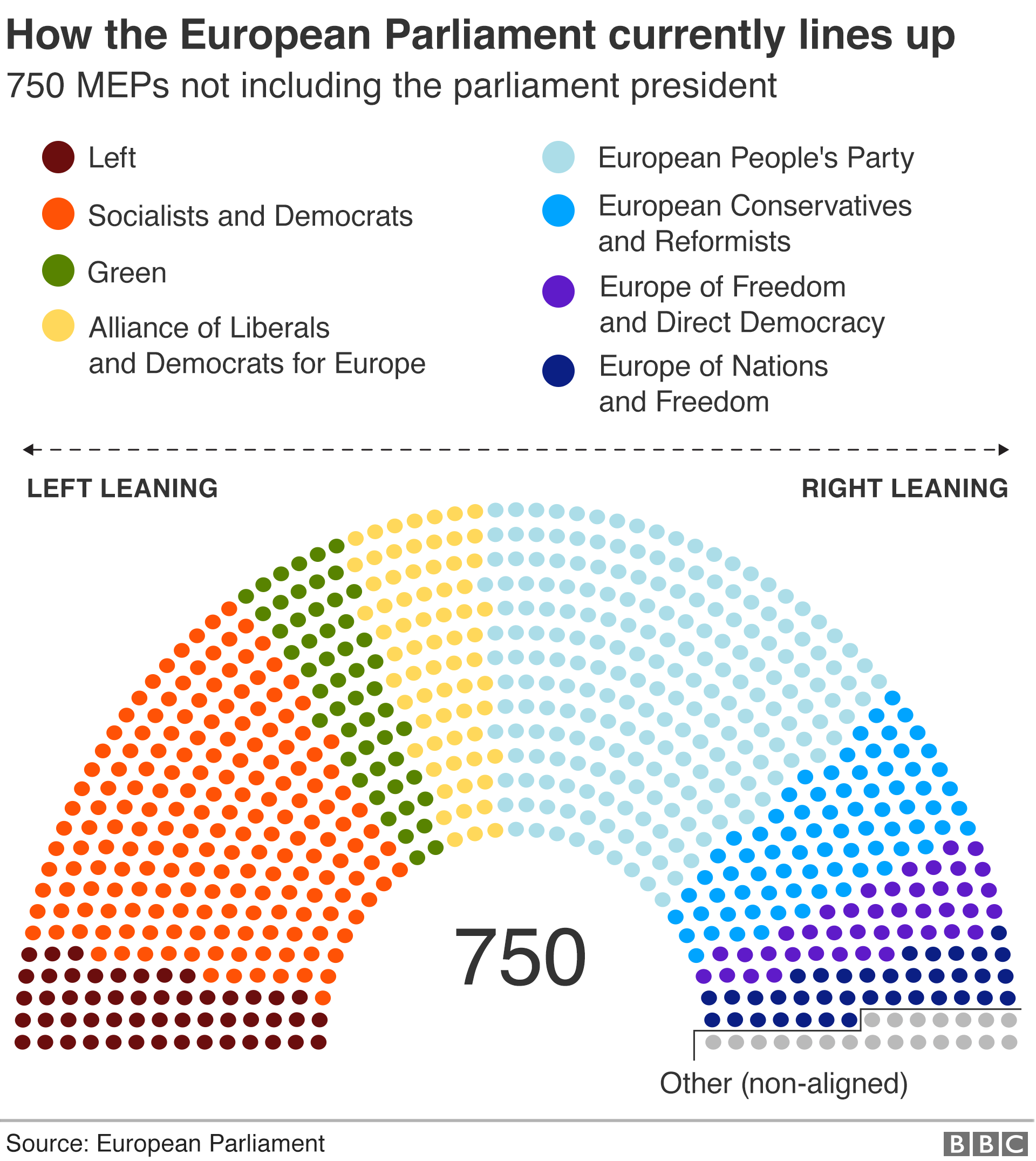 Is the UK in or out of these elections?

End of unable to agree an exit deal

The UK is legally obliged to take part in the elections, unless it approves a Withdrawal Agreement by 22 May, enabling it to leave the EU with a deal.

That looks unlikely, as MPs have already rejected it three times.

So who could win in Europe?

In recent years anti-EU politicians have been gaining ground and - though they are unlikely to gain a majority in the new parliament - more are expected to get elected as MEPs this time.

These are eurosceptics who oppose closer EU integration. They argue that too much power has been handed to Brussels. The National Rally party in France, previously called the National Front, the League in Italy and the new Brexit Party in the UK are Eurosceptic parties.

Those opposed to the EU are often from nationalist or populist parties.

There is much overlap between nationalists and populists. Many are far-right activists, but there are also many left-wing populists. They are mostly anti-EU, and say institutions like the EU parliament are too remote from “the people”. Nationalists in particular oppose mass immigration, and often direct their anger at Muslim migrants. Populists see most liberal politicians as elitist, biased towards bankers, big corporations and EU bureaucrats.

End of nationalist or populist

They say Europe needs to work together, faced with the economic clout of powers like the US and China. 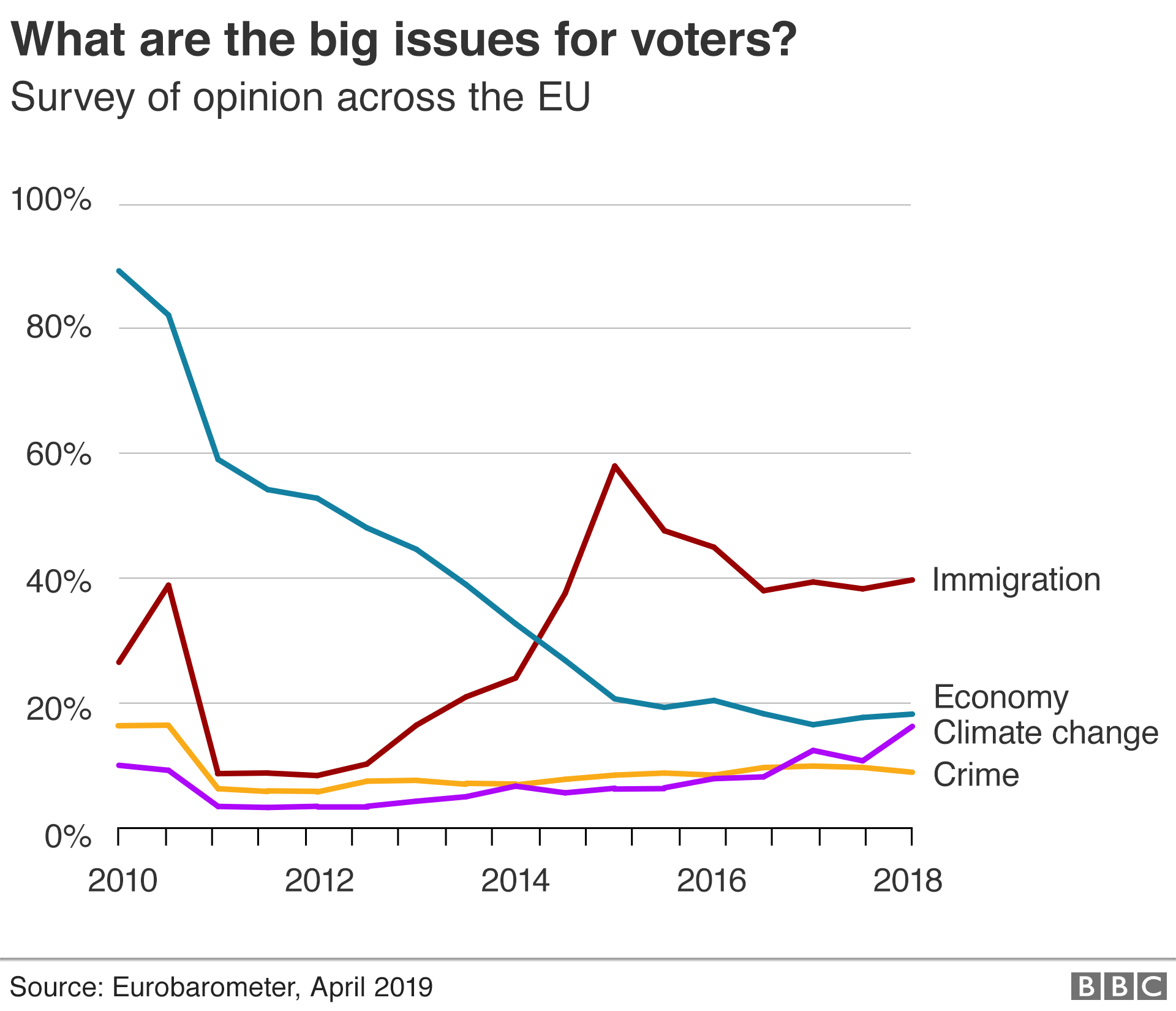 Immigration from non-EU countries surged in importance for voters across Europe from 2015 to 2016, during the migrant crisis.

More than a million migrants arrived in Europe between 2015 and 2016 – many of them refugees from Syria and other conflict zones. A large majority sought asylum in Germany. Most travelled via Greece and the Balkans, but later barriers went up and the numbers dropped after the EU reached a deal with Turkey to stop migrant boats.

There was a nationalist backlash, especially in Germany, Hungary, Austria and Poland.

Many voters want more determined action to tackle climate change, an issue highlighted by Greta Thunberg and her Fridays for Future youth campaign. 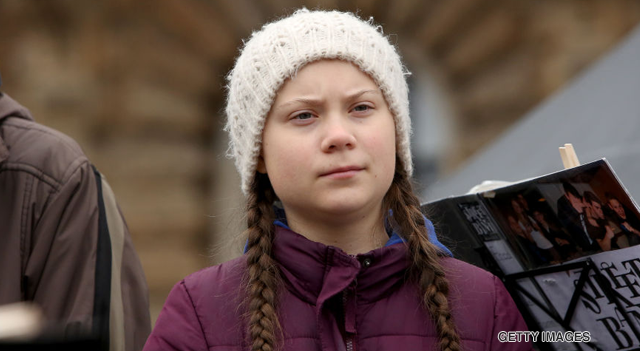 Swedish 16-year-old Greta Thunberg launched a worldwide protest movement when, in the summer of 2018, she skipped school to press for action on climate change. Thousands of school students followed her example, and many adults were inspired to protest too.

The eurozone debt crisis gripped Europe between 2010 and 2012, but anxiety about the euro has declined since then.

The world financial crisis exposed massive over-borrowing by governments in southern Europe, especially Greece. Greece got an EU bailout totalling €289bn (£250bn), to keep it in the eurozone. The crisis hit confidence in the euro.

Which are the countries to watch?

Besides Brexit uncertainty in the UK, anxiety about immigration could influence voting in several countries, to the advantage of nationalist and populist parties.

One of those countries is Italy where the government is a nationalist-populist coalition between Matteo Salvini's right-wing, anti-immigration League and Five Star. 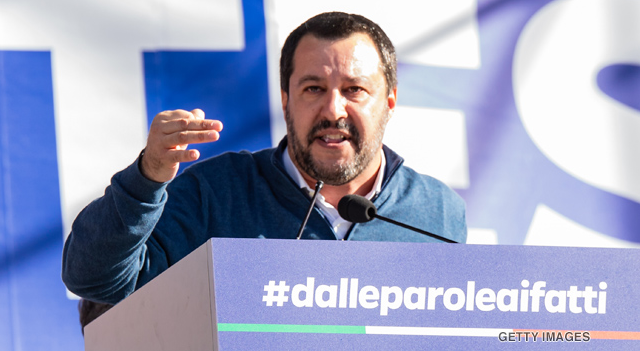 These were the winning parties in Italy’s March 2018 election. Interior Minister Matteo Salvini of the League is their best-known politician – he refuses to accept migrant boats, saying people who arrive illegally must be deported.

End of League and Five Star

The League has forged an election alliance with the far-right Alternative for Germany (AfD), the Finns Party and the Danish People's Party.

AfD is against the euro and sees Islam as alien to German culture. It is the main opposition party in the German parliament.

End of Alternative for Germany (AfD)

France is also one to watch. It is the first European election for President Emmanuel Macron’s liberal La République en Marche (LREM). 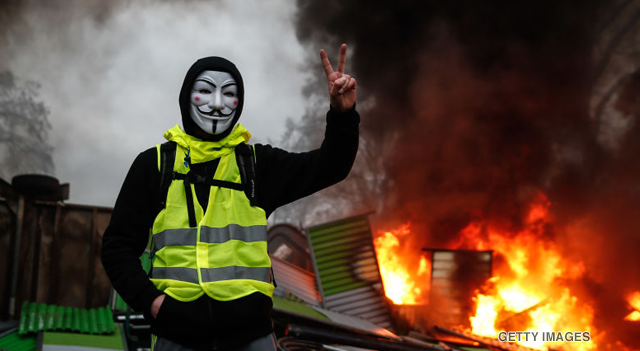 En Marche has been sharply criticised by gilets jaunes (yellow vest) protesters. They say President Macron has failed to address the concerns of less well-off French voters. Whilst gilets jaunes candidates may not win large-scale support themselves – as the movement is still new - their campaign could boost Marine Le Pen's National Rally party.

More on the European elections

Europe and nationalism: A country guide

What would you like to know about the forthcoming European Elections? Let us know and a selection will be answered by a BBC journalist.