Swiss voters decide on Sunday on a law that would make Swiss businesses financially and legally liable for human rights violations or environmental damage.

The law would affect their supply chains anywhere in the world.

Switzerland may be a small country, but its business reach is long.

Companies such as Nestlé, Syngenta, Glencore or Novartis source products all over the world and Switzerland is a world centre for commodity trading.

A third of all commodities consumed worldwide are traded by companies based in Switzerland.

Aren't firms already liable for damage they cause?

Corporate responsibility is a priority for multinationals and companies such as Nestlé say they scrutinise their supply chains from start to finish to ensure fair working practices, and to prevent child labour or environmental damage.

The new law seeks to enforce these standards, allowing victims of alleged human rights violations or environmental damage to sue Swiss companies in Swiss courts. The companies would have to prove they had taken all necessary measures to prevent any harm.

"Many companies do the right thing already," says campaigner Andreas Missbach, "but in cases where they don't then [under this new law] victims of a subsidiary of a Swiss company abroad could sue the Swiss parent company for damages."

He points specifically to the extractive industry as an area of concern. Mines in Latin America that supply Swiss companies are, he claims, causing serious harm.

"Communities are mistreated, people are put off their land, water poisoned, and we have this with companies that are headquartered in Switzerland."

What do Swiss business leaders say?

Most are very wary of the proposed new law, particularly because they believe it will put Switzerland on a different and more radical path than the rest of Europe, and therefore put Swiss businesses at a disadvantage.

Erich Herzog of Swiss business federation Economiesuisse argues it's not the right moment to introduce strict, and in his view experimental, new laws.

"It would put Swiss companies already weakened by the pandemic in great difficulties. Switzerland is a very small country. We shouldn't be a petri dish where there is no guarantee those experiments will result in a positive outcome."

He believes this sort of decision has to be made on an international level and there is political backing for that point of view.

The Swiss government and both houses of parliament have rejected the new law, promising instead to introduce new rules requiring companies to strengthen checks on their overseas operations, and to tie Switzerland to responsible business laws being considered by the European Union.

"This proposal goes too far, it's too radical," said Swiss Justice Minister Karin Keller-Sutter. The government, she said, was especially worried about the law's provision to make Swiss companies liable for the actions of their independent suppliers. 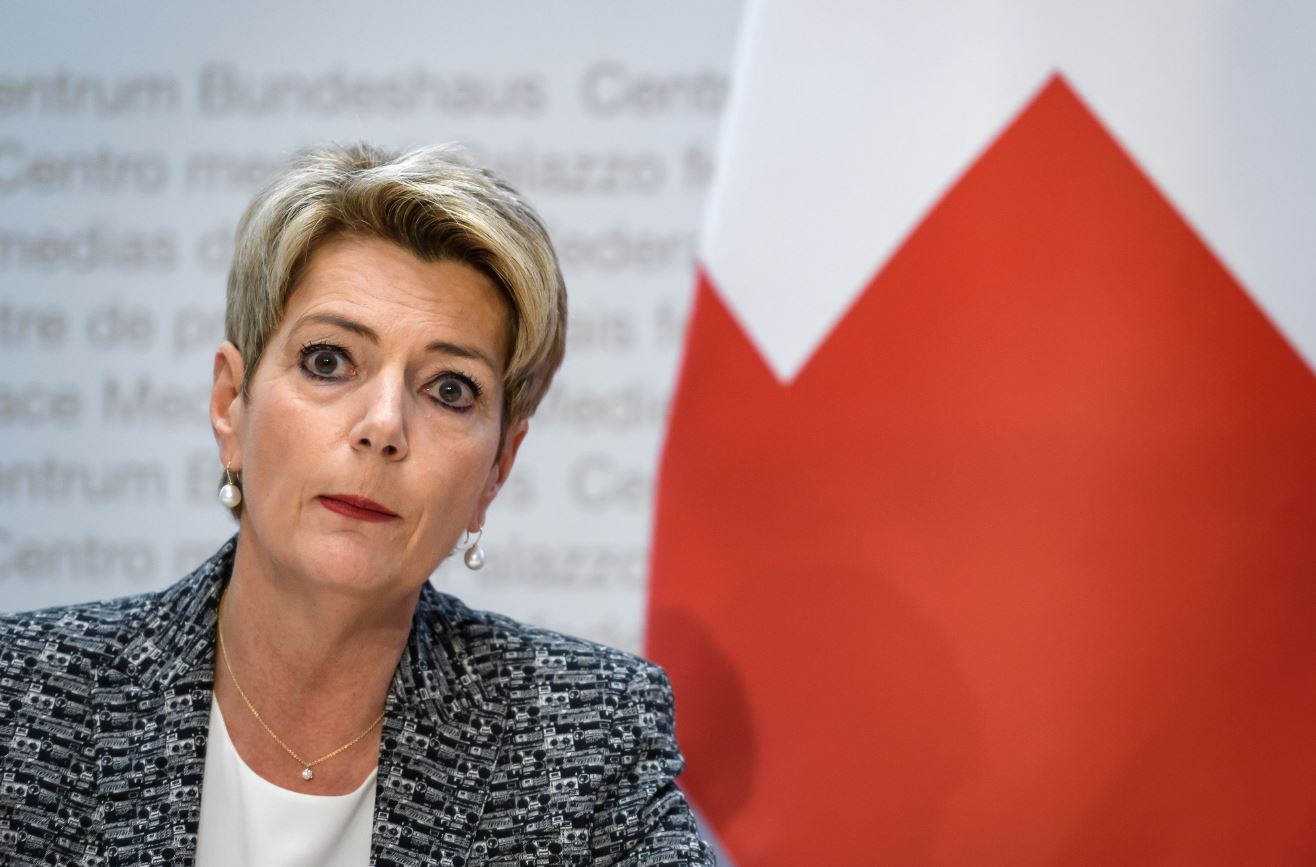 It wouldn't go down well for our neutral country, which also plays a mediating role, to decide to impose its courts abroad

But some Swiss business leaders are in favour of the initiative.

Thomas Rauber, the CEO of an investment firm, believes it could be a positive move.

"It would send a signal to the world that Switzerland is a liberal and economically stable country, where you can do business with a clear framework, in a society that upholds human rights. Our economy is not successful if it's only about profits."

Traditionally, yes. If urged by both government and business leaders to reject a proposal because it's financially risky, Swiss voters tend to toe the line.

Moves to crack down on money laundering were resisted for many years, and the Swiss clung fiercely to banking secrecy despite the reputational damage to their banking sector.

But the responsible business initiative seems to have garnered support from wide swathes of Swiss society, from left and right, urban and rural, and from Church groups.

Opinion polls show a majority of voters may say yes to the new law. Far from being too radical, says campaigner Nina Burgharz, the polls show the political class is out of touch.

"Social reality has changed," she says. "We had a huge development in the last 10, 20 years, and sometimes I have the feeling that our politicians just close their eyes and they don't see what is actually going on. This initiative is really just a way to conform that social reality into our law."

In the run-up to the vote, the gap in the opinion polls has narrowed and the result will be tight. Switzerland is in the grip of a bitter coronavirus winter, with all its accompanying economic woes.

But the fact that Switzerland is voting on such a law at all is a reflection of changing attitudes. So too is the other proposal on Sunday's ballot paper: to forbid Swiss financial institutions from investing in any form of arms production, from nuclear weapons all the way down to bullets.