New images have emerged from Palmyra, hours after Syrian troops recaptured it from the Islamic State group (IS).

The pictures reveal the extent of destruction wrought by the group during their 10-month occupation of the Unesco World Heritage site.

While some treasured monuments have been destroyed, much of the ancient city's ruins are said to remain intact.

But he told the AFP news agency that "the landscape, in general, is in good shape".

He was planning to visit the city on Monday and start a survey of the ruins.

President Bashar al-Assad hailed the recapture of Palmyra from IS as an "important achievement" in the "war on terrorism".

The Kremlin said President Assad knew the Palmyra operation "would have been impossible without Russia's support".

Boost in fight against IS

Why IS militants destroy ancient sites

Palmyra and the logic of loss

IS seized the Unesco World Heritage site and modern town in May 2015. Soon after, they killed the archaeologist who looked after the ruins for 40 years.

Palmyra is situated in a strategically important area on the road between the capital, Damascus, and the contested eastern city of Deir al-Zour.

When IS seized the city it destroyed archaeological sites, provoking global outrage. Two 2,000-year-old temples, an arch and funerary towers were left in ruins.

The jihadist group, which has also demolished several pre-Islamic sites in neighbouring Iraq, believes that such structures are idolatrous.

Interactive Use the slider below to compare before and after images 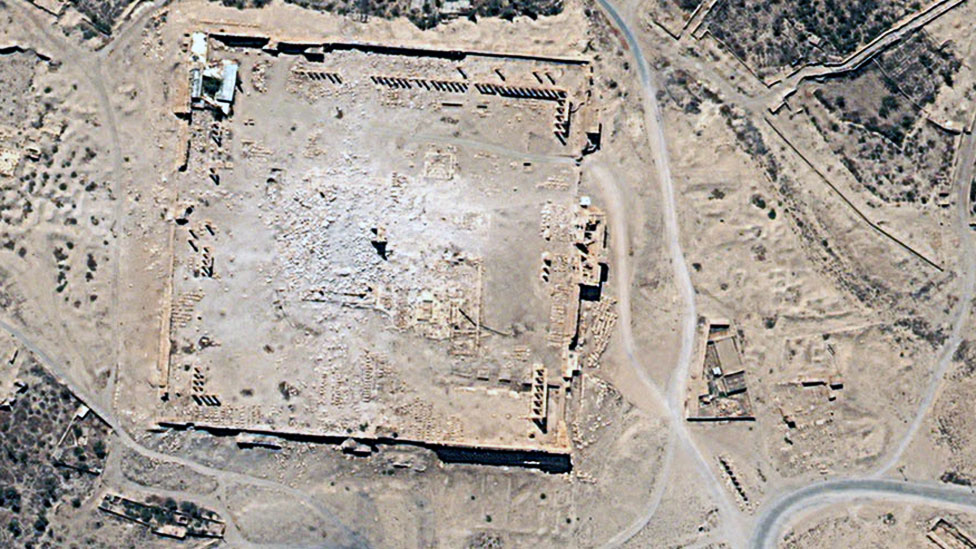 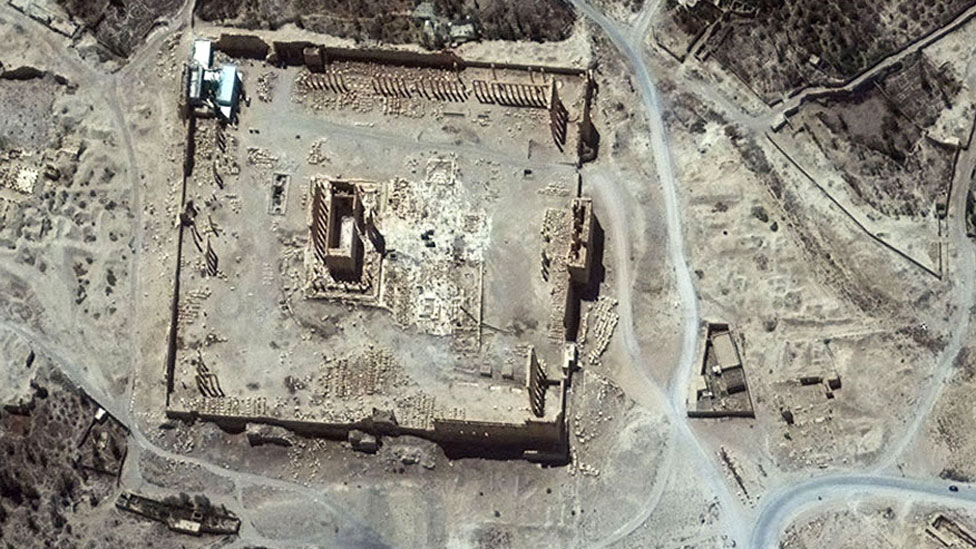 The Syrian Observatory for Human Rights, a UK-based monitoring group, said at least 400 IS fighters were killed in the battle for Palmyra.

In a statement released on Saturday, Russia's defence ministry said its strikes hit 158 IS targets, killing more than 100 militants.