A US-backed Kurdish and Arab force says it has begun an operation to capture Raqqa, so-called Islamic State's "capital" in Syria.

The Syria Democratic Forces (SDF) will be aided by US-led coalition air strikes.

They have warned civilians to steer clear of areas where IS militants are present.

The coalition of Kurdish and ethnic Arab militias has been gaining ground in areas to the north of the city.

The offensive was announced at a press conference in Ain Issa, about 50 kilometres (30 miles) away from Raqqa.

"The major battle to liberate Raqqa and its surroundings has begun," a spokesperson for the SDF said.

Brett McGurk, US President Barack Obama's envoy to the US-led coalition against IS, said: "The Raqqa campaign will proceed in phases - very deliberate phases"

"There is an isolation phase which began today and there will be subsequent phases to make sure that that we kick Daesh out of Raqqa and that will happen," he added, using another acronym for IS.

Another SDF spokesperson told AFP that heavy resistance is expected. "IS will defend its bastion, knowing that the loss of Raqqa will mean it is finished in Syria," he said.

The operation comes as US-backed Iraqi forces continue their campaign to push IS militants out of their Iraqi stronghold of Mosul.

Raqqa was named the de facto capital of the "caliphate" proclaimed by IS in 2014.

Interactive See how the area IS controls has changed since 2015 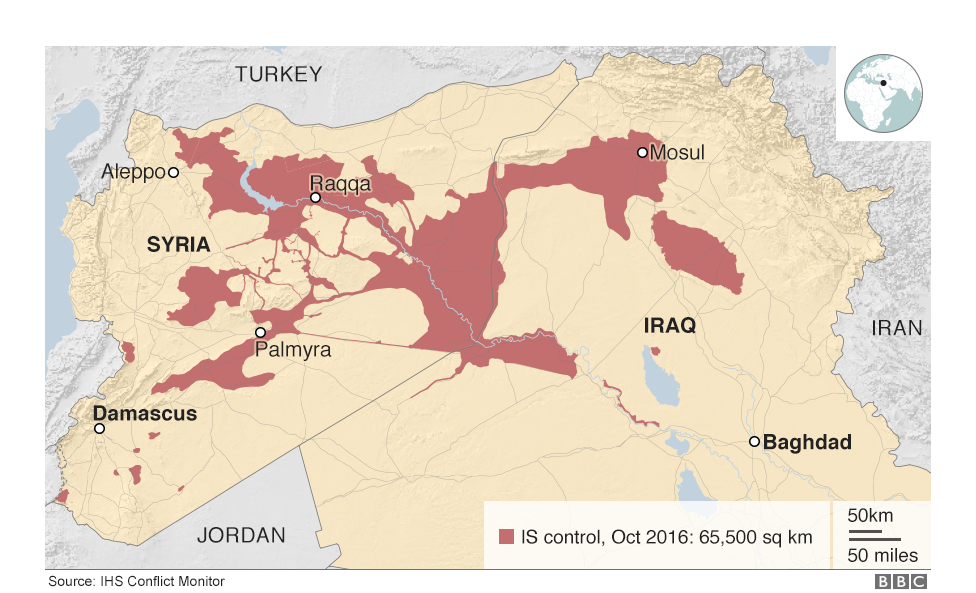 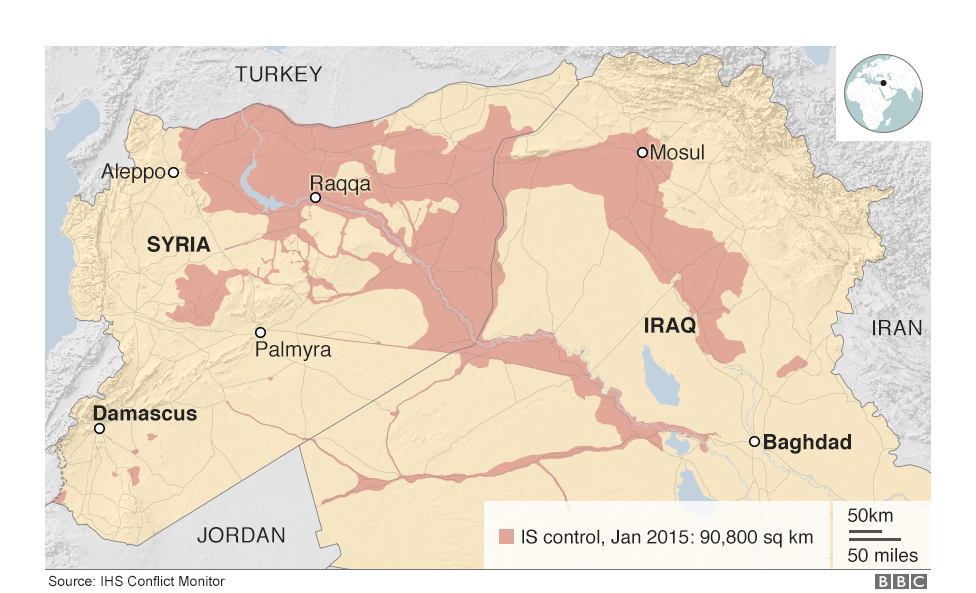 The SDF alliance, which is dominated by the Kurdish Popular Protection Units (YPG) militia, has emerged as a key ally of the US-led coalition over the past two years, leading the fight against IS on the ground in northern Syria.

Turkey, Syria's closest neighbour to the north, is not expected to take part. It considers the YPG a terror organisation and says it will not accept a role for the Kurds in the liberation of Raqqa.

Announcing the "Wrath of the Euphrates" operation, the SDF said they hoped Turkey would not "interfere in internal Syrian affairs".

Separately on Sunday, the US army's highest-ranking general met his Turkish counterpart in Ankara in a previously unannounced visit.

The meeting between Joseph Dunford, Chairman of the US Joint Chiefs of Staff, and General Hulusi Akar, was a sign that Washington and Ankara were in "close contact", Mr McGurk, the US envoy, said in Amman.

"We want this to be as coordinated as possible, recognising that there will be a mix of forces on the field and that many of those forces of course do not see eye to eye, but they do share a very common and still very lethal enemy," he added, talking about of IS.

The US was keen to launch the Raqqa offensive while the operation to retake Mosul is under way to stop IS fighters retreating from Iraq to Syria.

But the fight for Raqqa will be tougher and longer than for Mosul. Syria's warring factions, in their sixth year of battle, are against IS but are also fighting each other, distracting them from the jihadists.

Iraq has an internationally-backed government army unlike Syria, where the regime is opposed by the west. And Turkey's vehement opposition to the Syrian Kurdish fighters means it will not play a part in the Raqqa operation - although it's similarly excluded from Mosul because of tension with Baghdad.

The Kurdish participation is problematic: Kurdish fighters are accused of expelling Arabs from areas they've taken in the north and Raqqa has an overwhelming Arab majority.

Kurdish troops are fighting Turkish-backed Arab forces from the Free Syria Army, so there can't be a joint FSA-Kurdish offensive.

In short: Syria is a mess and nobody expects Raqqa to be wrenched from the jihadists anytime soon.

Despite Turkey's objection to YPG fighters being involved, they are a necessary part of the Raqqa offensive, the commander of anti-IS coalition forces said.

Speaking last week, Lt. Gen. Stephen Townsend said: "The facts are these - the only force that is capable on any near-term timeline is the Syrian Democratic Forces, of which the YPG are a significant portion."

"So, we're negotiating, we're planning, we're having talks with Turkey and we're gonna take this in steps."

More than 100 people are missing after a massive explosion devastated the port area of Beirut.

'Suddenly I lost my hearing, I was too close' Ex-Google robocar engineer sentenced for theft

'I'm just looking for whatever I can get'

What is the 'sovereign citizen' movement?

The Kashmiris waiting for loved ones to come home