The 65-year-old, named as Rasmiya Awad, was detained in a raid on Monday near the town of Azaz, officials said.

Turkish officials, cited by several media outlets, believe the arrest could yield valuable intelligence about IS.

Baghdadi killed himself during a raid by US special forces on his compound in north-west Syria last month.

His death was hailed as a victory for US President Donald Trump, but critics argue that IS remains a security threat in Syria and elsewhere.

One Turkish official told Reuters news agency the arrest of Baghdadi's older sister might help shed light on "the inner workings" of IS.

Turkish President Recep Tayyip Erdogan's communications director, Fahrettin Altun, hailed the arrest as "another example of the success of our counter-terrorism operations".

Turkey's fight against terror regardless of its ideology or origin continues unabated.

The arrest of al-Baghdadi's sister is yet another example of the success of our counter-terrorism operations.

Little is known about Baghdadi's sister and the BBC has not yet been able to independently verify the identity of the arrested woman.

Baghdadi had several brothers and sisters, although it is not clear if they are all still alive, the New York Times reports.

The arrest was reportedly made in an area of Aleppo province now under Turkey's control.

Ms Awad was found in a trailer, where she was living with her husband, daughter-in-law and five children, a Turkish official told AP news agency, adding that she was being interrogated on suspicion of involvement with an extremist group.

The official said Ms Awad could be an intelligence "gold mine".

Experts say the town where Ms Awad was captured is a known smuggling route for IS families. 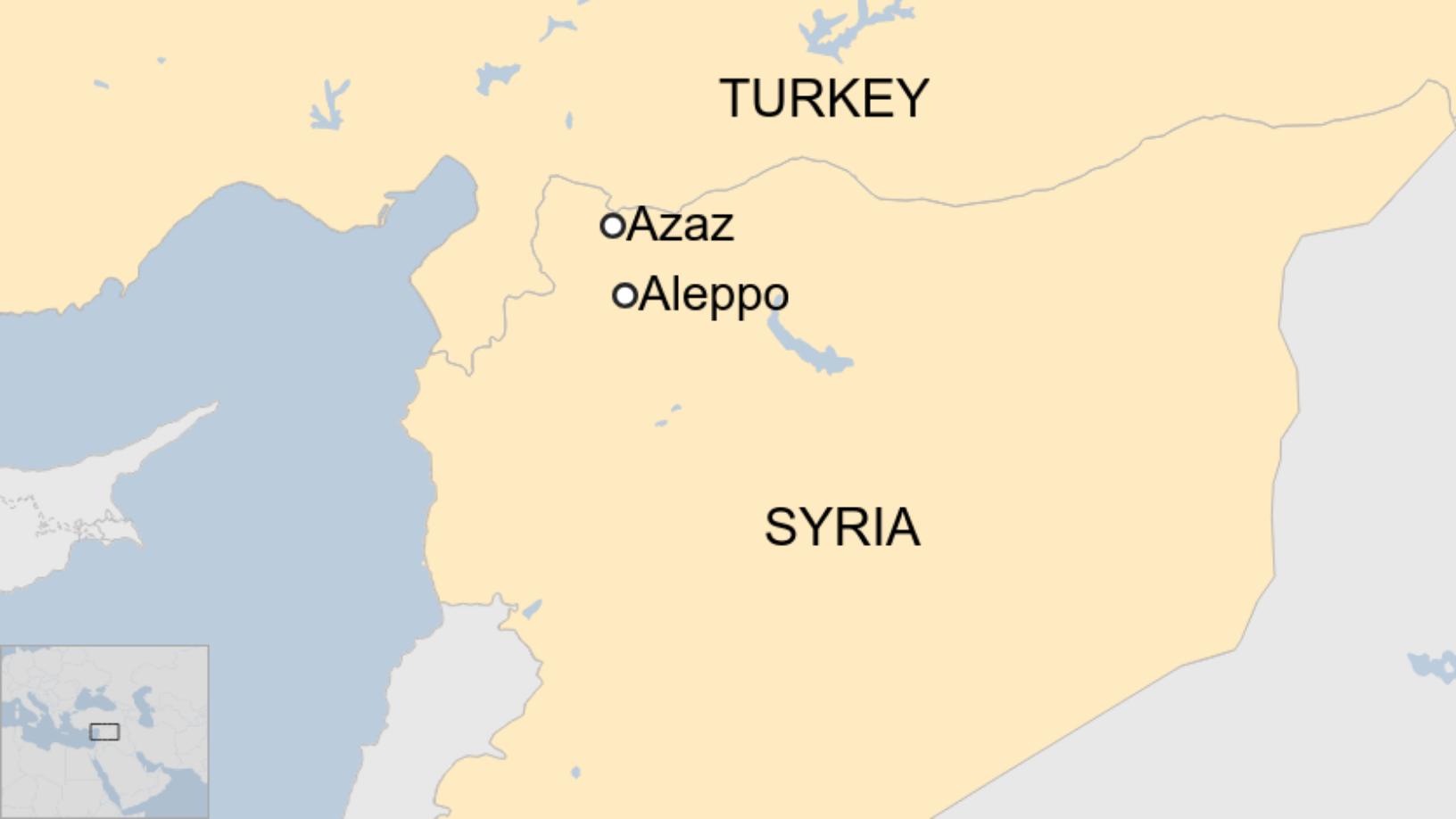 But it is not clear how much useful intelligence Ms Awad could provide, or how much time she spent with Baghdadi.

It remains to be seen what useful intelligence Baghdadi's sister can offer, bearing in mind she might not be privy to information about the group's inner circle.

But she may be able to shed light on smuggling routes and hideouts of some IS members and their families, given her and her family's own presence in an area that is hostile to IS - Azaz in northern Syria.

Another Baghdadi relative - the militant's brother-in-law and personal courier Muhammad Ali Sajit - said in a recent interview he had given authorities information about Baghdadi's possible presence in Idlib, where the IS leader was eventually killed.

The information he provided is also likely to be used to identify other senior figures in the IS leadership, especially its shadowy new "caliph", Abu Ibrahim al-Hashemi al-Qurashi.

So far, IS supporters have not commented on the arrest of Baghdadi's sister - typical behaviour by the group's sympathisers who tend to avoid discussing matters detrimental to the group.

What happened to Baghdadi?

President Trump announced his death at a press conference at the White House on 27 October.

Baghdadi detonated his suicide vest after fleeing into a tunnel during a US raid on his hideout in Idlib province, Mr Trump said.

Footage of the raid was later released by the US military. In grainy footage, helicopters were seen firing at gunmen on the ground as they flew towards a compound where Baghdadi was hiding.

On landing, US special forces commandos blew holes in the walls of the compound and called on Baghdadi to surrender, the military said. But he fled into a tunnel and detonated a suicide vest, killing himself and two children he had taken with him.

Mr Trump said DNA tests had been carried out to verify Baghdadi's identity, confirming his death.

After the raid, the compound was destroyed in an air strike.

Abu Ibrahim al-Hashemi al-Qurashi has since been named as IS' new leader and "caliph".

How did he spend his last weeks?

According to his associates, he spent them trying to find safety in an increasingly shrinking area in eastern Syria, as territory held by IS began falling, AP reports.

For months, he kept a Yazidi teenage girl as a sex slave, taking her with him as he travelled with a core group of up to seven close associates.

At one point, they moved to Dashisha, a border town in Syria within IS-held territory. The teenager stayed for four months at the home of Baghdadi's father-in-law, where Baghdadi would visit her frequently and rape her, the teen told AP.

He would only move at night, wearing trainers and covering his face, always with around five security men, she said.

During that period, he was a "nervous wreck", fearful of treason and infiltrations among the governors of the group's self-declared provinces, his brother-in-law, Mohamad Ali Sajit, told al-Arabiya TV last week.

He sometimes dressed as a shepherd, and walked around with a suicide belt, even slept with one near him, and made his aides also carry belts; he never used a mobile phone, but his close aide did, Mr Sajit said.

The stress aggravated the IS leader's diabetes, and he had to constantly monitor his blood sugar and take insulin.

In the end, he left former IS areas completely, slipping into the north-western province of Idlib, held by Hayat Tahrir al-Sham, a militant group linked to al-Qaeda and an IS rival. He chose that location because it was the last territory outside of Syrian government control, US officials said.