An ultra-Orthodox Jewish town with one of the highest rates of coronavirus cases in Israel has been placed under effective lockdown.

Residents of Bnei Brak, just outside Tel Aviv, will only be allowed out in exceptional circumstances. Only some key workers will be allowed in.

A senior health official said almost 40% of the town probably had the virus, though his claim was refuted.

Overall, more than 7,000 Israelis have been infected and 37 have died.

Across the country, people have been told to stay within a 100-metre (330 ft) radius of their homes; public gatherings have been banned; and anyone going outdoors has been told to cover their face with a mask or scarf.

Prime Minister Benjamin Netanyahu, who is in voluntary self-isolation despite testing negative for the disease, has warned that further restrictions might be imposed to try to curb the spread of the virus.

Bnei Brak was declared a "restricted zone" at a cabinet meeting on Thursday night. Earlier, police set up cordons around the town to reduce the flow of traffic moving in and out.

The latest measures mean residents will only be allowed out of the town on a case-by-case basis. Non-residents - other than security forces, essential services workers and journalists - will not be allowed in.

About 4,500 elderly residents - those deemed most at risk - will be evacuated from the town and quarantined in specially designated hotels, according to the Jerusalem Post newspaper.

Soldiers from the Israeli military's Paratroopers Brigade were being deployed to help the Homefront Command, the paper said.

Bnei Brak is only second to the much larger city of Jerusalem in terms of the total number of coronavirus cases.

On Thursday, the head of the Maccabi health service used by about half the 200,000-strong population of Bnei Brak told a parliamentary committee that about 38% of residents were likely to have the virus, and that there were probably tens of thousands of cases which had not been officially confirmed.

However, Israeli media later reported that according to the Ministry of Health and Maccabi officials the figure was the result of a miscalculation. 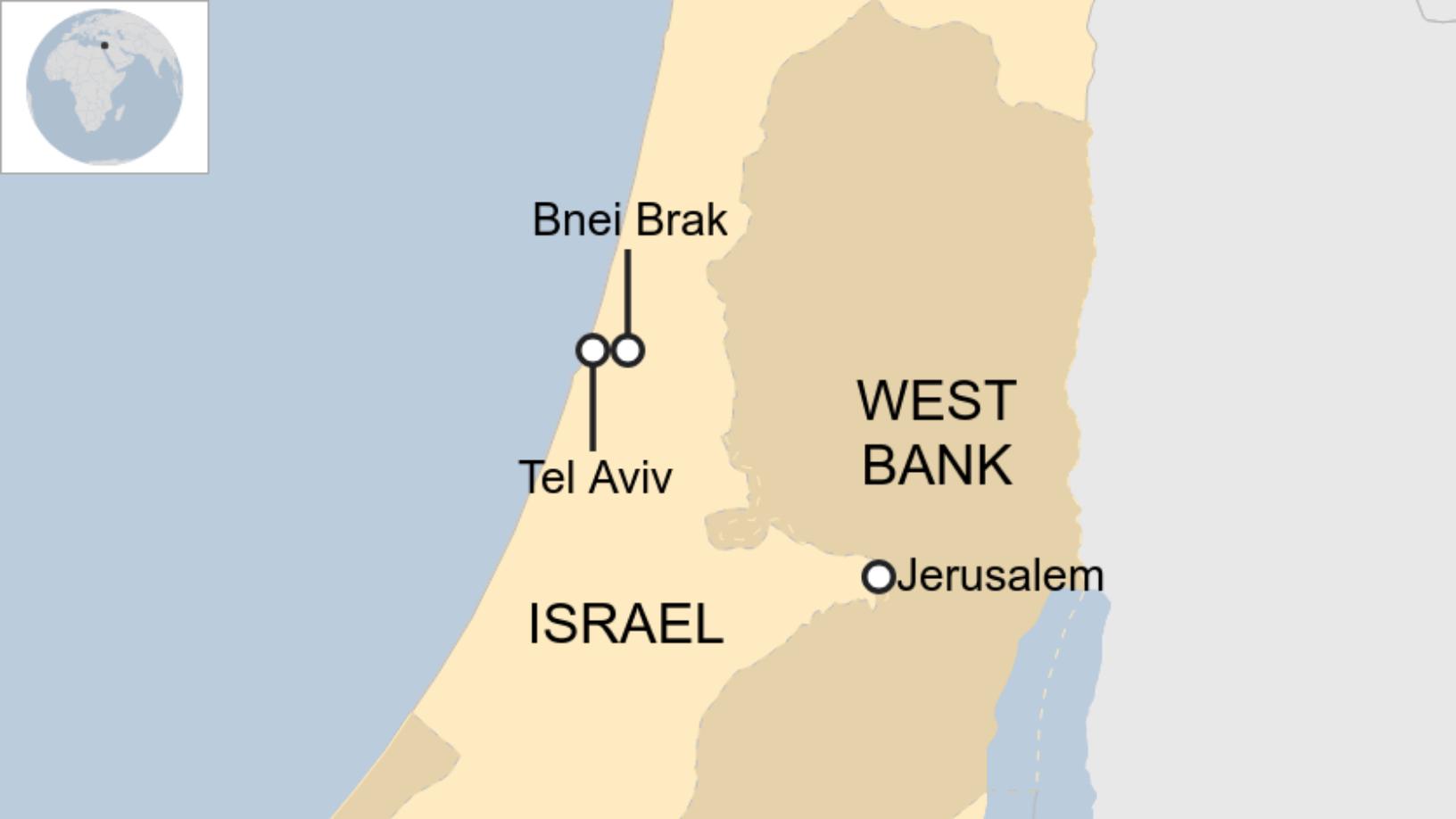 There has been growing disquiet in Israel about the slowness of some ultra-Orthodox communities to adopt official measures to reduce the spread of the virus.

Many ultra-Orthodox live within large families in crowded neighbourhoods. Their access to the internet and social media is also limited for religious reasons, meaning news and information from the outside world is comparatively poor.

In some strictly religious communities, gatherings for prayer and celebrations including weddings have continued to take place, despite the nationwide ban.

However, two days ago Prime Minister Netanyahu noted that there had been a "very positive shift" in the attitude of the ultra-Orthodox towards the seriousness of the virus.

Correction 9 April 2020: This article has been amended to include an assertion that the claim by the Maccabi health service official about the likely infection rate in Bnei Brak was based on an erroneous calculation.