Are there plenty more fish in the sea? 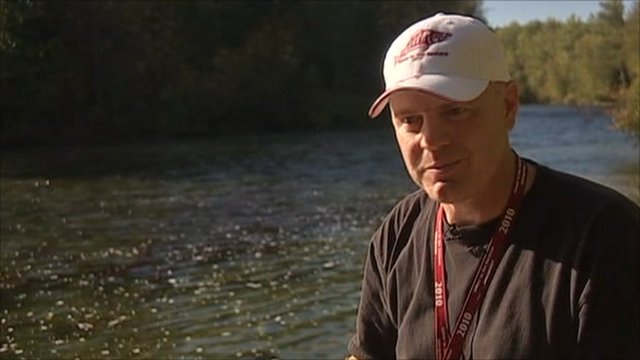 Jeremy Heighton, from Canada's Department of Fisheries and Oceans, explains why it is so difficult to predict how many salmon will return. 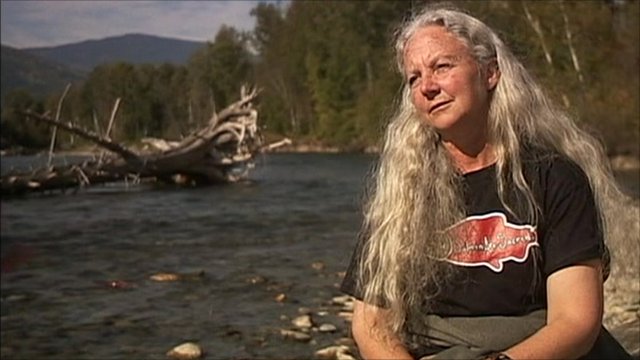 Biologist and environmental activist Alexandra Morton explains why she believes salmon farms on a migration route have a negative effect on wild salmon. Her research is disputed by the fish farm industry. 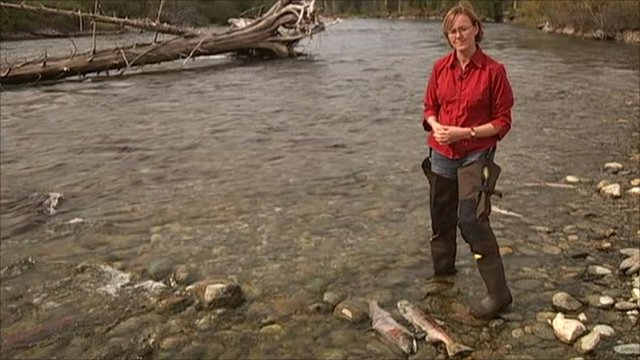 Susan Watts explains how the four-year life cycle of the sockeye salmon begins and ends at spawning grounds in the mountains of British Columbia. 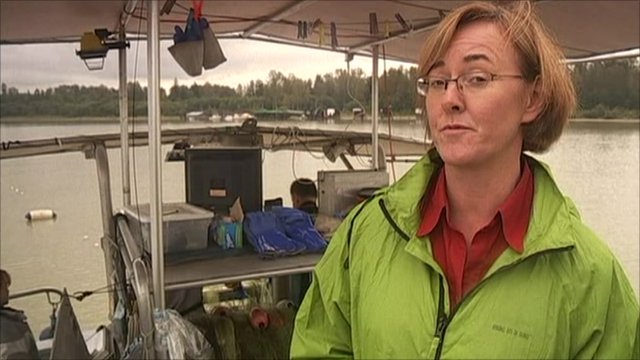 Susan Watts explains how scientists are attempting to track the number of salmon migrating down the Fraser River into the Pacific Ocean - and then back again. 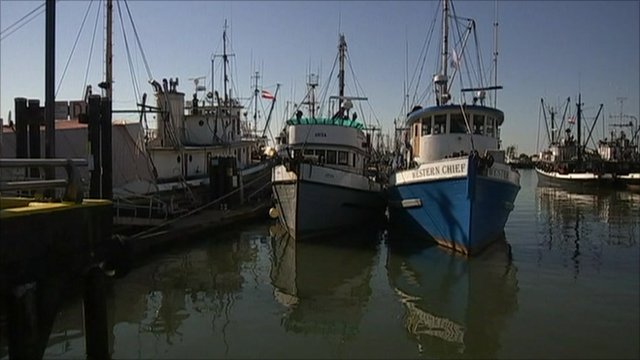 The pristine waters of British Columbia's Fraser River, a few hours' drive upstream from Vancouver, belie the activity beneath.

Below the tranquil surface, the river has just witnessed one of nature's most spectacular natural phenomena - the return of the sockeye salmon, and this year it is the biggest salmon run in a century.

This year, despite dire predictions from scientists, 34 million sockeye salmon came back to the exact stretch of river where they were born to spawn.

But what makes this even more astonishing is that it comes just one year after only one million fish returned.

Last year's run was so low that the Canadian government set up a federal inquiry to try to understand what happened.

Some experts blame disease from fish farms further up the coast, some think changing ocean temperatures have created fluctuating numbers, while others say shifts in predator patterns in the Pacific Ocean are responsible.

It would be hard to pin the blame on commercial fishing - strict quotas for more than a decade have meant the industry here has virtually ground to a halt and the fleet on the coast has been cut by around two thirds.

As the inquiry opened, the fish farm industry released five years worth of data on disease, which may help get to the bottom of the salmon story.

But the experience has left people asking what the failure of scientists to get it right on salmon means for the fishing industry worldwide - and whether the dire predictions about over-fishing have been over-stated.

It comes at a particularly pertinent time as the UN Convention on Biological Diversity in Japan is discussing what steps are needed to protect global fish stocks.

According to Professor Daniel Pauly, one of the world's leading experts on global fish stocks from the University of British Columbia, the threat is very real.

"The global picture is that we have lost 80-90% of the big fish. Biodiversity is being lost on a grand basis in the ocean… and it is due mainly, overwhelmingly, to fishing," he says.

Prof Pauly believes people should not condemn warnings about the big picture just because predictions for individual species, such as salmon, are shown to be wrong.

That would be like dismissing global warming because of one unusually cold winter, he argues.

He is confident of predicting catastrophic collapses, because he says, unlike in Canada, most of the world's fish stocks are not carefully managed.

"West Africa for example... and Asia as a whole, are the places where the stocks are so depleted that you despair.

"And when you want to make a statement about the world, you have to consider those primarily because that is where the bulk of the fish come from," he says.

But Professor Carl Walters, who is also from the University of British Columbia and an expert on the salmon fisheries, believes year-on-year fluctuations reveal relatively little about the overall health of the salmon stock.

"Most fish populations occasionally have these very strong years - cohorts, we call them, or strong-year classes - and fisheries scientists have been trying to understand the causes of these things for over a century and we have been singularly unsuccessful.

"We cook up all manner of models and explanations and the rule in that world of research is publish now because your correlation is going to fail next year," he says.

He welcomes management, but thinks it should be based on economics, not counting numbers of fish.

And he thinks the current approach to conservation demands too much preservation of biodiversity.

He wants to see a return to a policy that he believes led to the rebuilding of the salmon stocks through most of the 20th century.

This, he says, involved a high harvest rate, yet the stocks were able to rebuild.

"Around the world the default option is that the world is open to fishing except for a few little protected areas.

"With Pacific salmon the world is closed to fishing except for a few small open areas. And that severe restriction on the time and place of harvest has been the main reason we've been able to save these stocks.

"It's not because we know how many fish there are, it's because we very severely restrict when and where they're harvested," he says.

But Prof Walters does share some of Prof Pauly's views about the global picture.

He thinks the world's fisheries situation is deeply divided.

"We've got North America, the Antipodes and on the way the North Sea and North Atlantic, where we're starting to put in effective management regimes, where there's a lot of stock recoveries going on, where the odds of a real catastrophic collapse have dropped. We are learning lessons.

"And in sharp contrast to that you have south east Asia, China, much of the Third World where exactly the opposite is happening."

One thing is for certain, there is a deep cultural connection to the sockeye salmon in British Columbia, with thousands of people coming to gaze at its return every year.

And the arguments over how to manage this one fish stock echo the wider picture of governments struggling to juggle the demands of those with vested interests in this crucial global resource.

All the more vital then that scientists strive for as complete a picture as possible to explain why so many salmon returned this year, and so few last year, or they risk a loss in confidence until no-one is listening to apocalyptic warnings of threats to the wealth of our oceans.

Watch Susan Watts' full report on Newsnight on Tuesday 26 October 2010 at 2230 BST on BBC Two or afterwards on the BBC iPlayer.

Officials say efforts to control the outbreak are at a critical stage as fatalities double in a day.